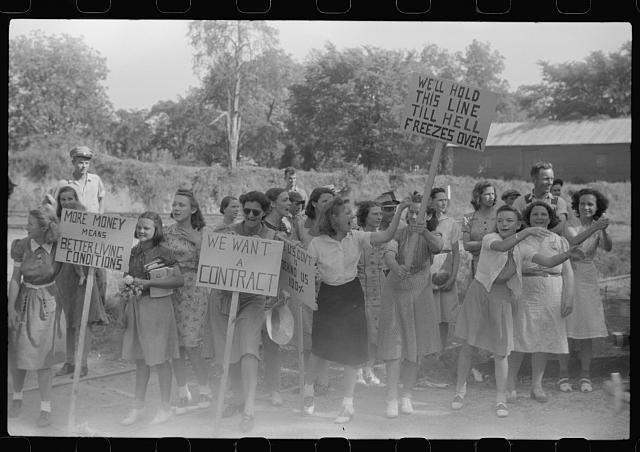 Strikers gathered outside a mill, with support of the Congress of Industrial Organizations (CIO), Greensboro, Georgia, 1941, courtesy of Library of Congress Prints and Photographs Division. From the mid-1930s until 1941, discontended workers in the textile and auto industries led strikes across the country.

Before World War II, the federal government’s labor policies sometimes recognized workers’ concerns for union recognition, but they mainly served to accommodate corporate executives’ interests in being “pro-business” by not sharing power with organized workers. By the mid-1930s, a number of strikes in the textile and auto industries had swept across the nation, and they often erupted in violence. Leaders of American corporations grew alarmed at the prospect of widespread working-class revolts. Their fears subsided slightly with the United States’ entrance into World War II in 1941. The federal government established the National War Labor Relations Board (NWLRB), which urged unions to adopt a no-strike pledge for the duration of the war. Appealing to the patriotism of union members, the NWLRB persuaded unions to agree to sacrifice their demands for better wages and working conditions to ensure steady factory production for the war effort. 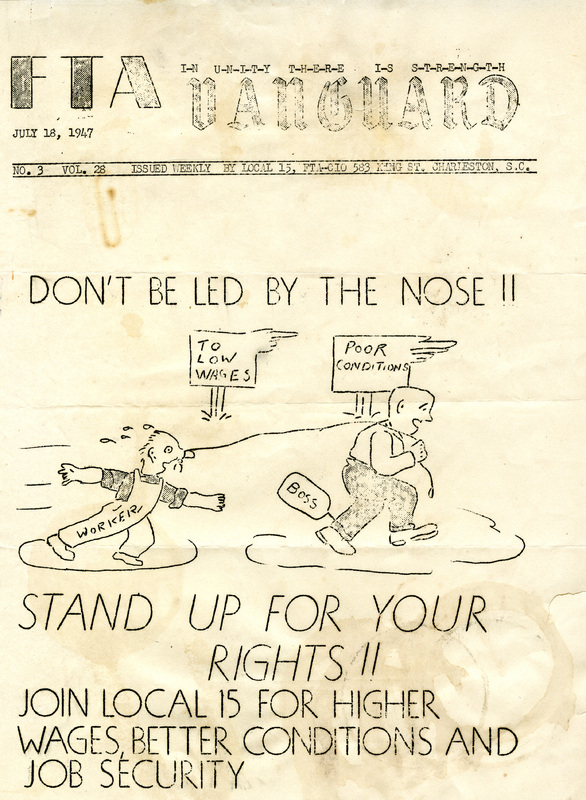 The federal government’s wartime labor policies also shaped negotiations between Charleston’s Cigar Factory laborers and management. Though American Cigar Factory workers had the right to establish an industrial union, it was not until December 1943 that the NWLRB agreed to officially recognize the rights and responsibilities of unions. In Charleston, Cigar Factory workers voted to be represented by a CIO-affiliate of the United Cannery, Agricultural, Packing and Allied Workers of America (UCAPAWA-CIO). On September 1, 1944, Charleston workers arranged their first union contract with UCAPAWA-CIO, later renamed the Food, Tobacco, Agricultural & Allied Workers Union (FTA-CIO). They voted annually for a new union contract, and in subsequent years the majority of laborers continued to support the CIO. Leaders of the new Local 15 union agreed to implement the NWLRB’s no-strike policy in wartime to maintain steady factory production. Even with this policy, Charleston’s Local 15 achieved modest gains for Cigar Factory workers during the war. In lieu of immediate pay raises, American Tobacco Company management pledged to provide wage increases at the war’s conclusion. Black workers were assured a raise from twenty-five cents an hour to forty cents an hour, while white machinists and supervisors were promised sixty-five cents an hour. 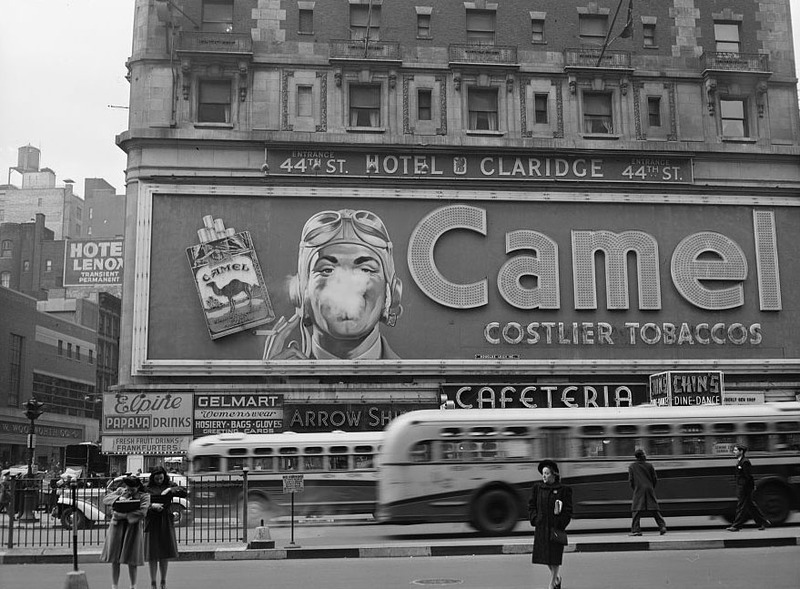 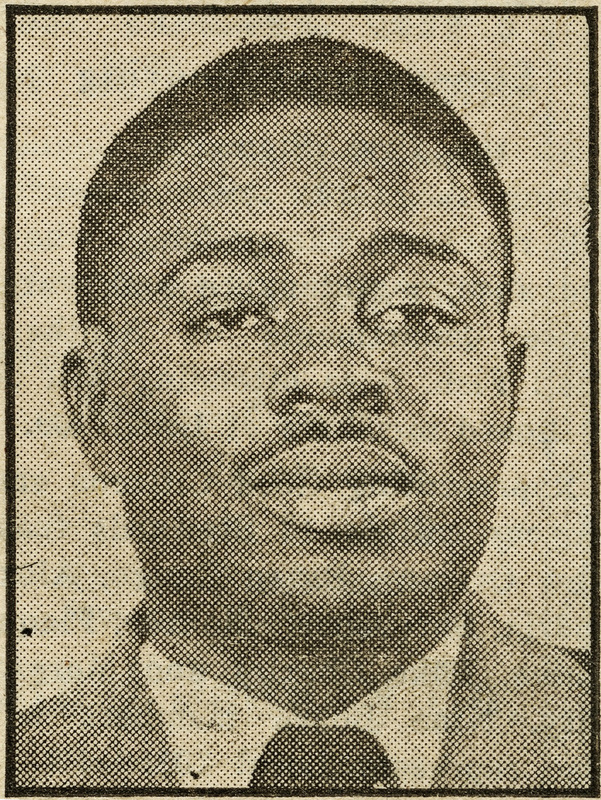 During World War II, the payroll at Charleston’s Cigar Factory grew to nearly two thousand workers. The draft called a significant number of Charleston’s men—white and black—overseas, which left much of this work in the hands of women. Though African American women already comprised a significant percentage of the Cigar Factory workforce in Charleston before the war, they became the factory’s largest worker demographic during wartime. Afterwards, many returning soldiers sought to resume their factory jobs, which meant displacing a number of African American women from their wartime positions. At the same time, African American veterans who returned to the Cigar Factory, like Isaiah Bennett, also asserted wartime service as justification for fair labor treatment and equal wages to white workers. When the no-strike pledge lifted at the end of the war in 1945, many union members responded to the American Tobacco Company’s refusal to improve wages and working conditions by launching a strike. 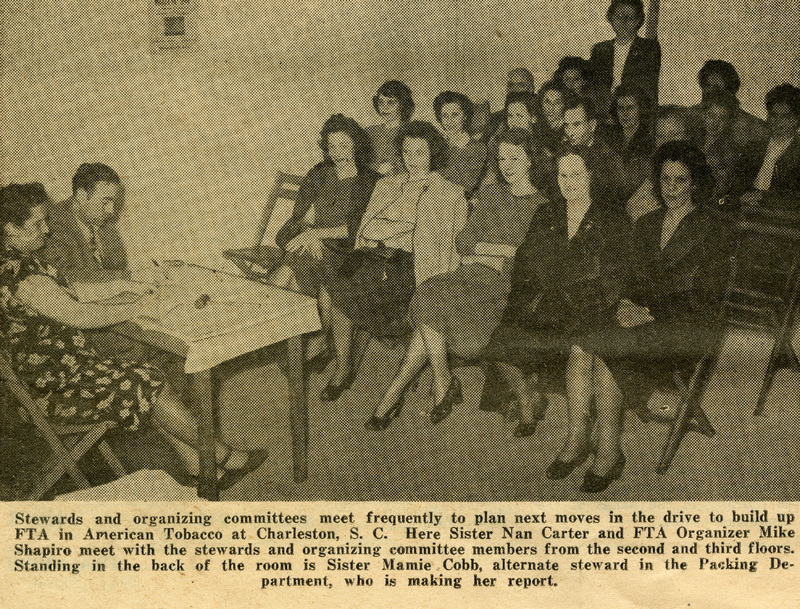 ← Historical Background of Cigar Factory
Escalating Tensions Before the Strike →