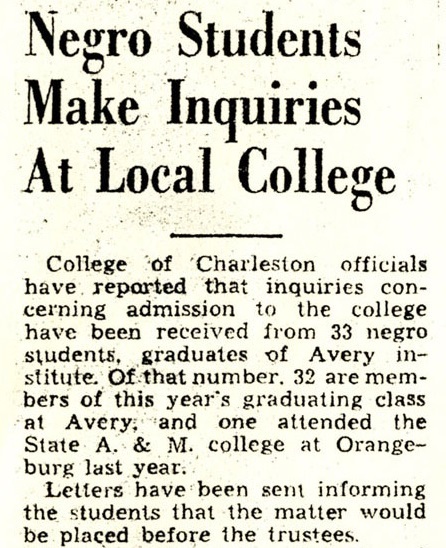 Throughout the 1930s, 40s, and into the 50s, Avery served as a haven for the Charleston Branch of the NAACP. Avery leaders, faculty, students, and alumni took part in various initiatives to challenge discrimination in the city and the state. The following archival materials reflect their efforts to promote social change.

Challenging Segregation at the College of Charleston

In 1944, a group of Averyites who were members of Charleston’s NAACP Youth Council challenged the College of Charleston to integrate its student body. Thirty-two Avery seniors, led by John Wrighten, a recent Avery graduate, wrote letters to the College as part of a class assignment in Miss Julia Brogdon’s “Problems in Democracy” course. As a state-funded school, they asserted that the College of Charleston should be required to admit Blacks. The College refused to desegregate. In an attempt to pacify the young activists, city officials offered Avery six scholarships to South Carolina State College, a historically Black college in Orangeburg.

John H. Wrighten, a World War II veteran and 1943 Avery graduate, served as president of Charleston’s NAACP Youth Council in the 1940s. Like many Black veterans in the South, Wrighten returned from service with a renewed determination to fight for full and equal citizenship. In 1944, he led the Avery seniors to challenge segregation at the College of Charleston. In 1947, Wrighten also initiated a lawsuit to attend the University of South Carolina’s all-white law school. Judge Waring ruled that the University had to accept Wrighten, or start a separate law school in the state for Blacks. To avoid desegregation, state leaders hastily established a law school at the all-Black South Carolina State College. 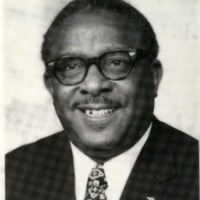 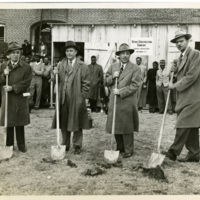 During World War II, thousands of rural whites and African Americans poured into Charleston looking for jobs in the port. In an attempt to reduce tensions over job competition, the Charleston Naval Base stopped hiring Black workers. Avery Principal Bennett worked with the NAACP, white leaders of the YWCA, and various school principals to meet with Charleston's mayor and change this policy. 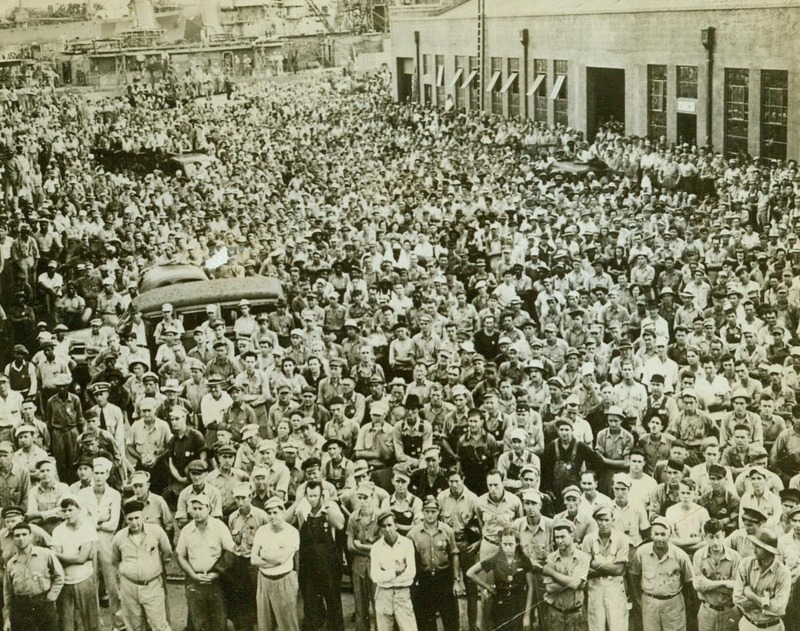 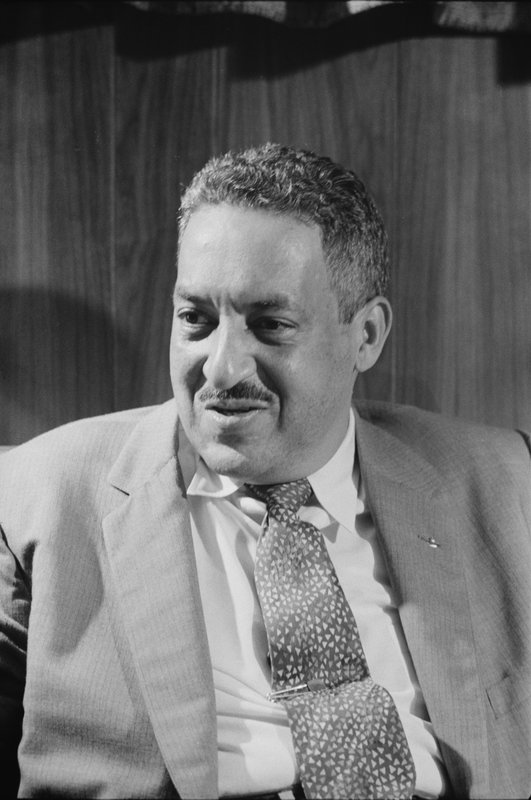 NAACP Attorney Thurgood Marshall, 1957, courtesy of the U.S. News and World Report Collection, Library of Congress. Before he became the first African American Justice on the U.S. Supreme Court in 1967, Thurgood Marshall worked as a lawyer for the NAACP starting in the 1930s.

In the 1940s, many Averyites supported a campaign for Black teachers to receive the same pay as white teachers in South Carolina. On November 10, 1943, NAACP lawyers led by Chief Counsel Thurgood Marshall filed a case, Duvall v. J.F. Seignous et al., with the federal district court to equalize the salary of Viola Louise Duvall, a Black educator from Charleston’s Burke High School. Though Duvall had earned the highest teaching certificate possible and was the best paid educator among her African American cohort, she earned $645 a year, compared to the lowest paid White teacher with the same certificate earning $1,100 a year. Reportedly, during the February 14, 1944 trial, Judge J. Waties Waring did not even allow Duvall and her legal team a chance to present her case. Instead, after Marshall questioned the Charleston County School Board attorneys, Judge Waring stated: "This is a very simple case, but what I wanted to find out from the School Board was how long it knew it was supposed to pay Negro teachers equal salaries and hadn't paid it. There's no need to take the court's time on this." After only a fifteen minute trial, Judge Waring ruled in favor of the plaintiffs. Soon after, Avery alumna and civil rights activist Septima Clark worked with the NAACP to rally teacher support for a similar suit in Columbia, South Carolina. 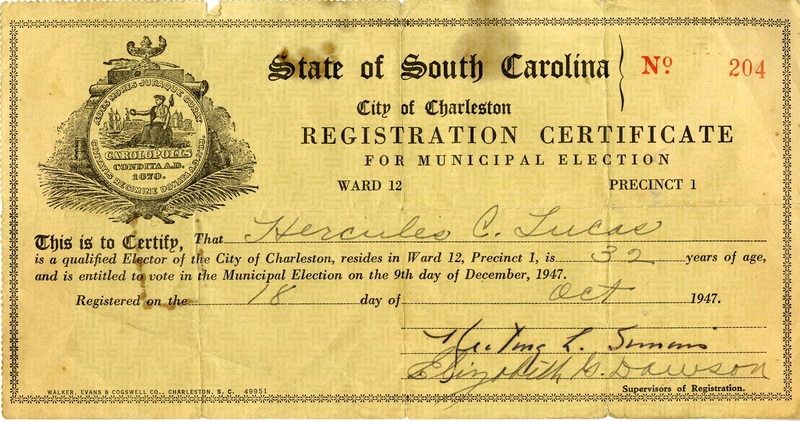 The above voter registration card reflects the results of the NAACP’s efforts to combat racially biased voter registration laws at a time when many Averyites were active in this organization. In 1948, the state’s Black residents voted in the presidential primary for the first time since Reconstruction, after Judge Waring ruled in Elmore v. Rice (1947) and Brown v. Baskin (1948) that racial restrictions to voting, including South Carolina’s all white primary elections, were unconstitutional. These voting rights helped Black South Carolinians gain political power to challenge a range of racially oppressive laws in the state.