Selection from ledger entries for Friday, the 30th of May through Monday, the 2nd of June, 1760, Charles Town, South Carolina, The James Poyas Daybook Collection, courtesy of the Charleston Museum Archives. At the bottom of the page Poyas notes that he sold coffee to "Dina" under the account of Theodore Trezevant, Dina's owner. Poyas's ledger lists customer's first and last names. Slaves, however, were identified only by their first names, such as "Dina," and their owner's accounts. 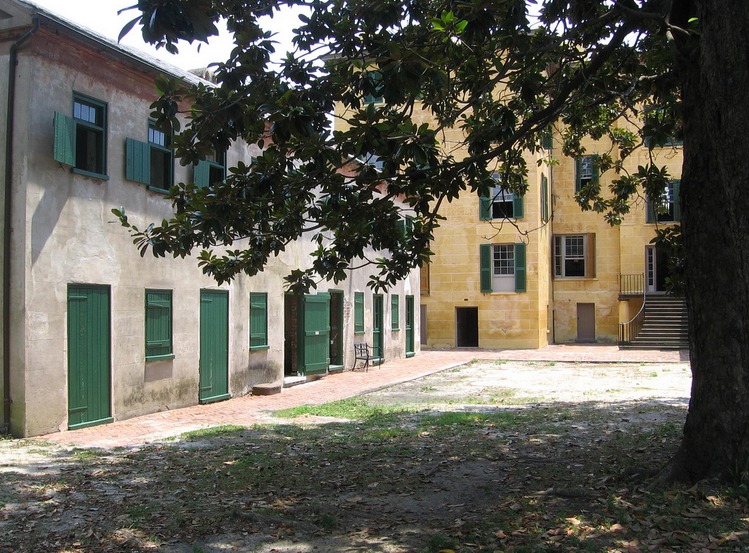 The Poyas Daybook offers glimpses into the lives of enslaved people—primarily Africans and to a lesser extent American Indians—in the rural and urban contexts of the South Carolina Lowcountry. Poyas kept detailed records of the goods different customers purchased from his store, and enslaved people working on behalf of their owners represented many of his clients. While planters often traveled to Charles Town in person to purchase the items they needed, or occasionally sent neighbors or family members, they also tasked slaves with acquiring items from merchants like Poyas. For example, in 1760 an unnamed slave purchased a dozen whipsaw files from Poyas for Benjamin Elliott of St. Andrew’s parish. In May 1760, Poyas sold two pounds of coffee to Dina, an enslaved woman who made the purchase for Theodore Trezevant. Slavery in the eighteenth century Lowcountry primarily revolved around the rhythms of rice cultivation in the swampy fields of rural plantations. As seen throughout Poyas’s Daybook, however, a significant enslaved population also lived, worked, and travelled in and out of the urban center of Charles Town. Enslaved people living in urban spaces throughout the British Atlantic World often had access to different forms of independence compared to those confined to rural plantations. For example, while running errands or being “hired out” by their owners, urban slaves could interact with other enslaved and free black populations throughout the city. In a port city like Charles Town, they could also exchange news with dockworkers who had access to information from throughout the Atlantic World. At the same time, urban slaves often had more frequent encounters with white owners and authorities, which could lead to greater restrictions. In contrast, enslaved populations on rural Lowcountry plantations largely outnumbered white overseers, who by the mid-eighteenth century often managed agricultural labor for absentee planters. This meant fewer interactions with whites. Enslaved people from rural areas could also access news in the city when they traveled to acquire goods for their masters from merchants in urban areas like Poyas.

Selection from ledger entries for Wednesday, the 3rd of December through Thursday, the 4th of December, 1760, Charles Town, South Carolina, The James Poyas Daybook Collection, courtesy of the Charleston Museum Archives. This ledger entry shows Elias Horry’s purchase of blankets and cloth "for his 2 new negro girls."

The purchases documented in the Poyas Daybook also reveal the types of materials slaveholders provided for enslaved people in the Lowcountry. In December 1760, for example, Elias Horry visited Poyas’s store and purchased two duffel blankets and ten yards of white linen for “two new negro girls.” The charges also included an additional fee for making two sets of clothing for the newly acquired Africans. Horry most likely purchased these girls from a cargo of enslaved Africans aboard the slave ship named the Roebuck. This ship arrived in Charles Town from the Bight of Biafra the same week that Horry purchased the linens from Poyas. The dresses made from this cloth would become some of the few belongings Elias Horry would allow these enslaved girls to possess. New Africans represented a substantial purchase for white planters, and few were willing to invest sizable sums into “unproven” laborers. It is possible that the two girls Horry purchased embarked together from the Bight of Biafra and shared a common language and culture, or they may have come from different parts of the diverse West African coast or interior. After enduring the brutal Middle Passage to Charles Town, they most likely joined other enslaved Africans in the arduous labor of rice agriculture on Horry’s plantation. 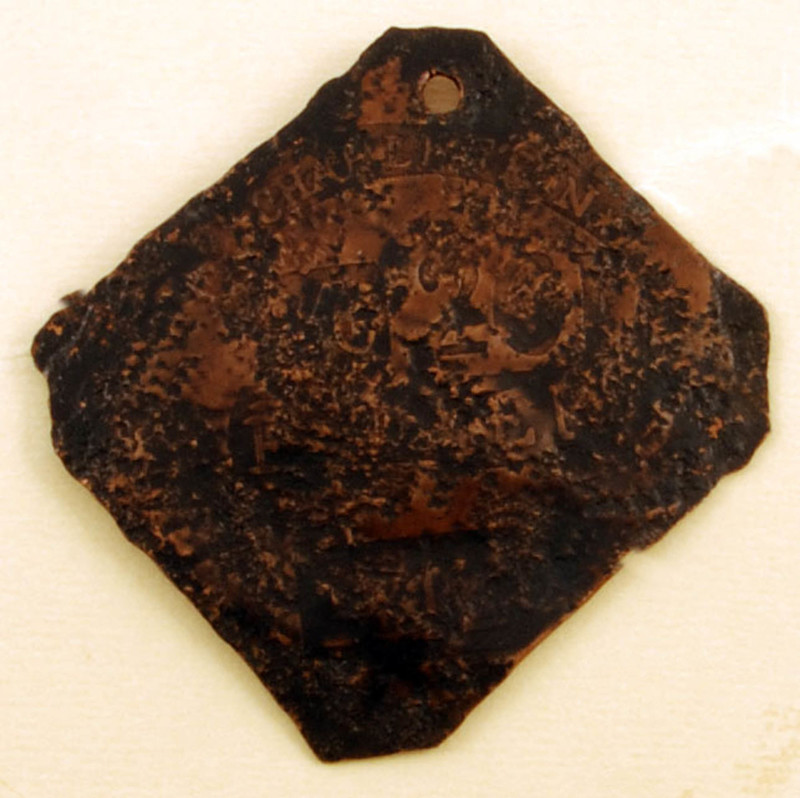 Copper slave badge imprinted "Charleston No. 261 Fruiterer 1812," Walter Pantovic Artifact Collection, Lowcountry Digital Library, courtesy of the Avery Research Center for African American History and Culture. Beginning in the mid-eighteenth century, slave badges were used in Charleston to identify slaves that were hired-out by their owners as laborers or skilled craftsmen. Such badges often contained information such as the city, year, occupation and identifying number.

Slave owners regularly hired out enslaved people as laborers to neighbors or to colonial officials. In September 1764, for example, Poyas noted that he contracted out his slave Primus to local wigmakers Robert Stedman and John Boomer for £50. Hired-out slaves played a significant role in constructing canals and bridges to extend the infrastructure of the developing colony. Skilled slaves were highly prized in South Carolina, and whites were willing to pay large fees to their owners for their work, or to purchase them outright. In September 1763, Daniel Horry purchased a slave named Prince from Poyas for £350, a considerable sum at that time. Enslaved men typically sold in Charleston for between £250 and £300 in the mid-eighteenth century. It seems likely that Horry would only have been willing to pay such a substantial sum if Prince could offer valuable artisanal or mechanical skills.