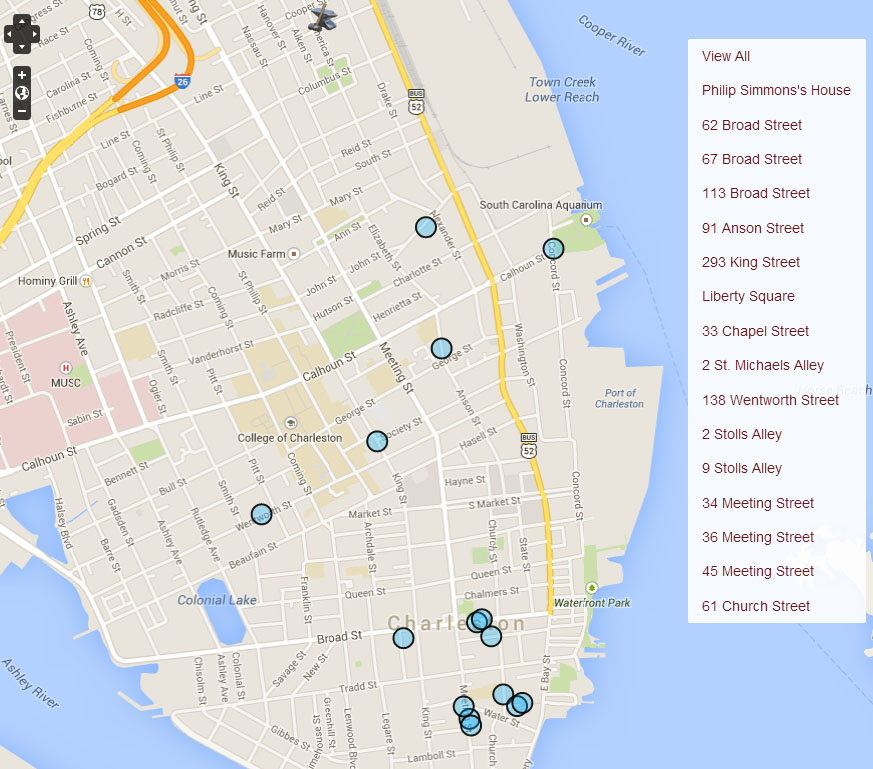 This interactive map displays locations and images for select gates, fences, and other decorative ironwork by Philip Simmons that can be found on the downtown Charleston peninsula in 2013-2014. This map is not comprehensive—many additional examples of Simmons’s ironwork, or work by apprentices such as his nephew Carlton Simmons, can be found both downtown and in the surrounding areas of metropolitan Charleston, including West Ashley, Daniel Island, and Mount Pleasant. Throughout his career, Simmons created over a thousand ironwork pieces that went to local, national, and international destinations. While he often kept records of the commissioned pieces he created through his own sketches (many of which can be found in the archives of the Avery Research Center), documentation of some pieces was either unrecorded or lost. In addition, a collection of early sketches is currently missing, which means that his craftwork cannot be confirmed in some cases. Also, while many of his sketches indicate specific locations for his ironwork, people who commissioned ironwork from Simmons often took the pieces with them if they moved away from downtown Charleston. Others simply left the ironwork and commissioned another gate from Simmons for their new homes or businesses. This map serves as a guide for locating some prominent pieces from Simmons’s ironwork career, which significantly influenced the aesthetic landscape of downtown Charleston.