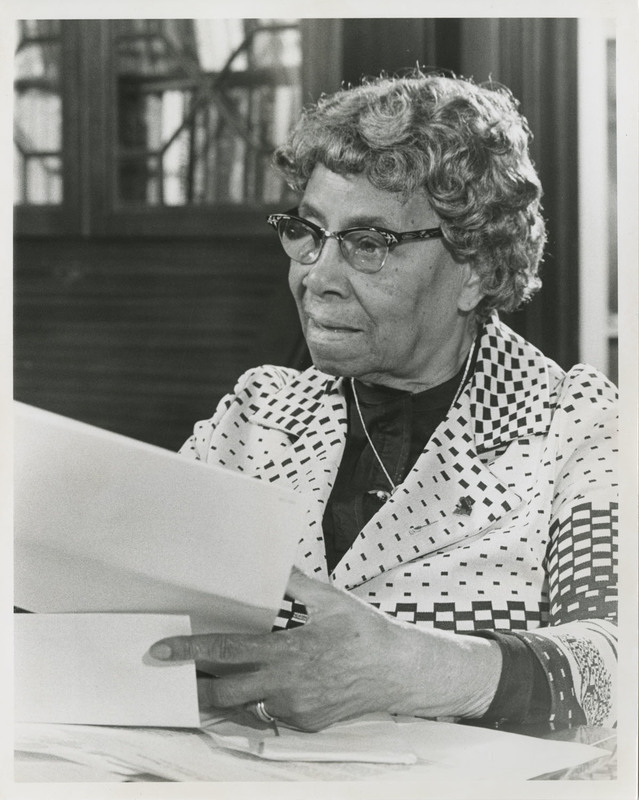 Septima P. Clark sitting at a desk with papers during filming for television documentary about her life and work, Septima P. Clark Papers, courtesy of the Avery Research Center.

In the twenty-first century, the continuing fight against racial inequality and to achieve social justice demonstrates why Charleston must seek new ways to interpret the life and work of Septima P. Clark for the public. Clark always retained the ability to read her world insightfully and to convey her thoughts in the most current parlance. In light of ongoing struggles, her words remain relevant today. For example, in her essay “The Nature of Current Revolts,” written in May 1969, a mere five days after her seventy-first birthday, Clark drew from the language of the Black Power Movement to describe urban unrest in the context of global anti-colonial struggles:

–“The main institution of confinement for the Black population in the U.S. is the ghetto” with “a police force acting as overseers on this urban plantation” as well as “representing the State power of the colonial regime.”

–“If the method of resistance is no longer exclusively non-violent, it is because violence is the language of America and the colonized wish to be heard. If they are not making their appeal by way of moral argumentation, it is because they have concluded from the record that the leadership of this nation is basically immoral in its dealing with non-white people, the world over.”

–“The riotous conduct of the Armed Forces of the State, directed against the local civilian population is in the classic style of colonial rule and is today the most overt expression of the growing fascist pattern developing in the United States.” 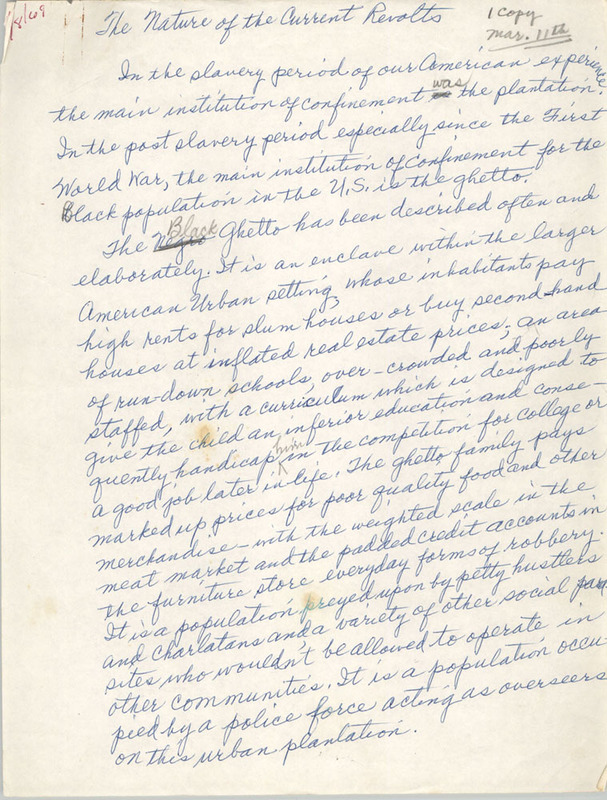 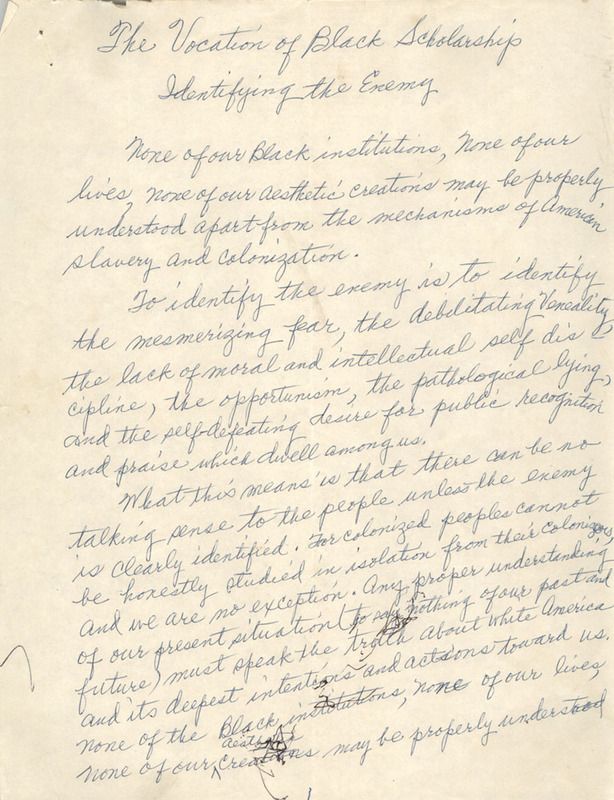 Over the four decades since Clark wrote this essay, the nation’s law enforcement has become even more militarized. Some of those who knew and worked with Clark, such as lifelong Charleston activist Bill Saunders, share her ability to identify root problems as necessary to explain the full context of police violence in the Charleston area. For Saunders, this includes a tragic shooting in April 2015, when an unarmed black man, Walter Scott, was shot in the back and killed while fleeing from a white North Charleston police officer.

Septima Clark would have also appreciated the new generation of activists in the black freedom struggle. Prior to her retirement from SCLC, in an essay entitled “The Vocation of Black Scholarship: Identifying the Enemy,” she pinpointed many of the issues that continue to shape inequality within our nation, including:

–“Political systems which have code words like ‘bussing’ and ‘welfare,’ ‘no quota systems’ and ‘crime in the streets’ to signal their fear of Black people.”

–“Economic systems which reject so many of the basic human needs of the poor and the weak in favor of the wealthy.”

–“Legal and penal systems which persistently place large overwhelming numbers behind bars and which place whites in almost all seats of authority.”

–A “military system which serves as the only respectable alternative available to Black Youth who have been manacled and rejected by America’s other systems.”

While committed researchers and activists might discover this Septima P. Clark on their own, what about the public more broadly? Where do we draw the line between obscuring complex historic representations to reach the broadest audience possible and conveying the most accurate historical representations, even when they do not fit into comfortable narratives? There are no easy answers. Yet as long as Charleston’s public history landscape excludes these understandings of Clark’s life and work, and the diverse networks and spaces she engaged, we inhibit the city’s radically democratic potential and the activism of its citizens. As Septima P. Clark powerfully asserted, “I believe unconditionally in the ability of people to respond when they are told the truth."