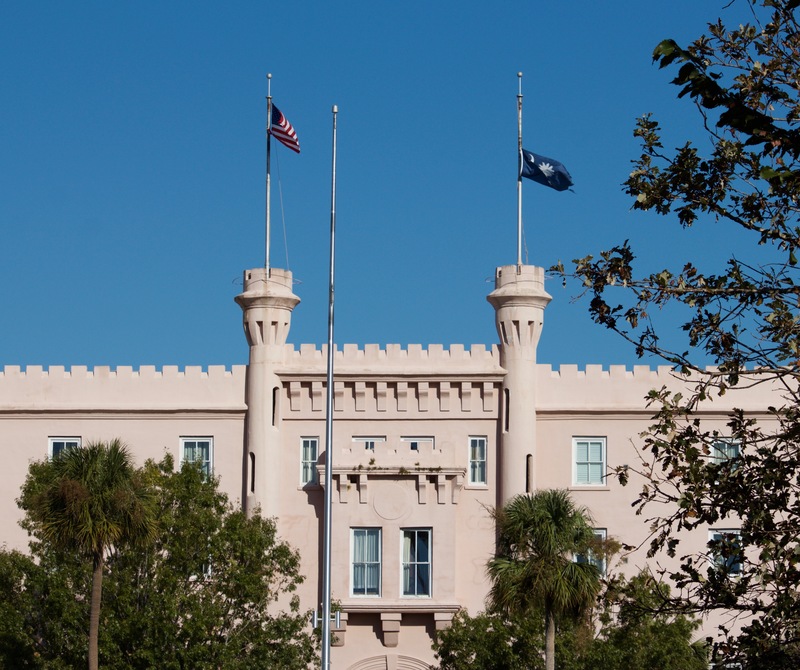 "Race Riot Occurs Here," The News and Courier, May 11, 1919, courtesy of the College of Charleston Libraries. Charleston's riot was the first in a series of race riots across the nation in the “Red Summer” of 1919. An estimated two thousand white navy men fanned out across the downtown peninsula, including this square, to attack black residents.

Continuing up Meeting Street and crossing Calhoun Street, our tour arrives at Francis Marion Square. Here we encounter opportunities to address early examples of white fear and the need to police black bodies, which Clark advocated against in her activism and writing. Public history narratives often avoid addressing white-on-black racial violence that occurred during and after slavery. The failure to discuss such episodes robs the public of ways to understand the long and ongoing history of racial violence in the South and how it informs the present. In the Lowcountry, this includes the police shooting of an unarmed black man, Walter Scott in North Charleston in April 2015, and the tragic mass shooting at Charleston’s Mother Emanuel Church in June 2015.

In response to the 1822 Denmark Vesey conspiracy, local leaders erected the South Carolina State Arsenal at Francis Marion Square in 1829. This building served as the original Citadel. Vesey, a former slave who purchased his freedom, allegedly plotted a massive slave revolt in the city. Based on these allegations, city officials tried and hanged Vesey and thirty-four of his reported co-conspirators. They also implemented strict laws limiting the movement and autonomy of free people of color in Charleston, and passed the Seaman’s Act of 1822, which imprisoned any free black sailors who came to Charleston’s port for the duration of their stay. Local whites also attacked black churches associated with the conspiracy, including Emanuel AME (Mother Emanuel) and Morris Brown AME. Finally, the city government organized the South Carolina Association to police enslaved and free black people in Charleston, and city officials acquired funds from the state government to form a militia garrisoned at the Citadel at this square, to protect against slave revolts. 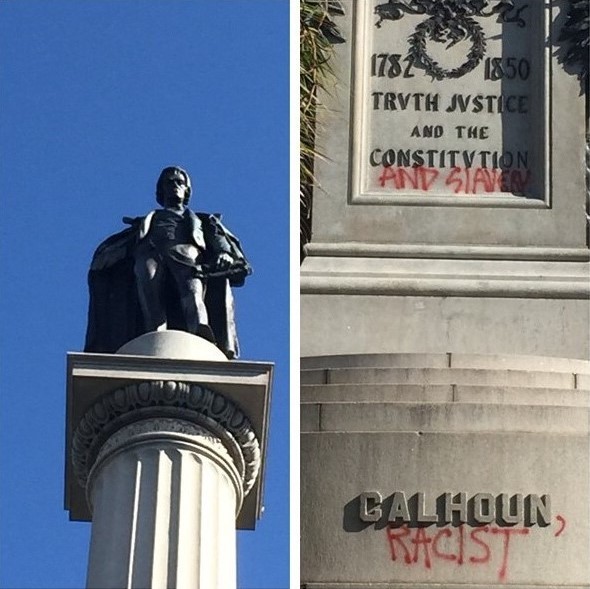 John C. Calhoun statue in Marion Square spray-painted with the words "slavery" and "racist" following the mass shooting at the Mother Emanuel Church, Instagram photograph by Ashley Edge, June 23, 2015, Charleston, South Carolina. John C. Calhoun (1782-1850) was an influential American politician who strongly supported slavery and secession for the South. This statue was unveiled in 1896, at a time when Jim Crow segregation laws were becoming entrenched throughout the U.S. South.

Francis Marion Square later became the site of a race riot that occurred in Charleston on May 10, 1919—the first in a series of race riots across the nation in the post-World War I “Red Summer.” Migration and competition for housing and higher-paying wartime jobs increased racial tensions across the United States during World War I. In addition, African American activists and soldiers insisted that fighting to “make the world safe for democracy” must result in full and equal citizenship for all. Tensions also simmered between black and white soldiers serving in segregated units. The riot in Charleston began when two white navy men got into an argument with Isaac Doctor, an African American man, at a pool hall on Beaufain Street. The dispute spread to the street and when it turned physical, the sailors fatally shot Doctor. From there, an estimated two thousand white navy men fanned out across the downtown peninsula, including this square, to attack black residents.

At home on nearby Henrietta Street, Septima Clark recalled, “We stood on our porch...and when we hear them bursting down the street screaming and hollering, we run back in the house.” Significantly, however, black people were not only victims during the melee. Newspapers reported that African American snipers responded by targeting vehicles on streets leading to the Navy Yard, and firing at marines standing in front of the police station. Black men’s willingness to fight back may have reflected their exposure to military training during World War I, but it is also tied to a longer tradition of self-defense that stretched back to the Reconstruction era. Two black men died and at least twenty-seven black people were wounded. Most likely, many more African Americans suffered injuries but did not report them to white officials.

Addressing this history of racial violence allows for a broader consideration of the motivation for black political activism that emerged in the post-World War I years, and the various forms it took. In 1921, for example, local white and black leaders in Charleston organized the Charleston Interracial Committee in response to the 1919 riot. Though white participants never intended to alter the racial balance of power, the committee did enable black and white members to gather and discuss racial problems, reflecting an important new approach at the time. 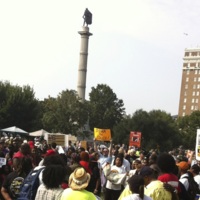 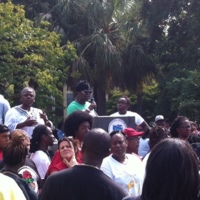 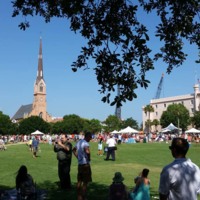 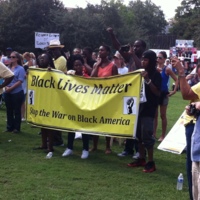