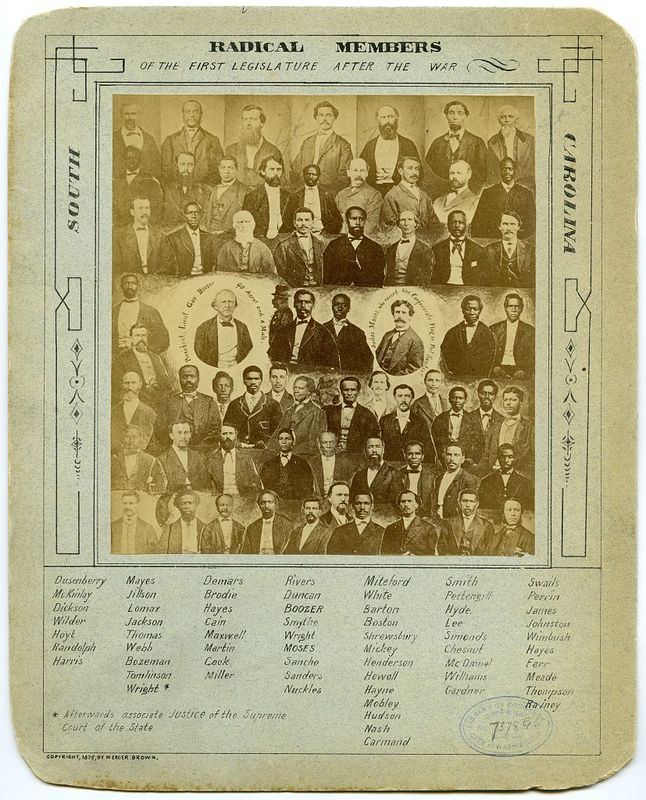 Radical members of the first legislation after the war, South Carolina, ca. 1876, courtesy of Library of Congress Prints and Photographs Division.

In the years following the end of the U.S. Civil War in 1865, the federal Reconstruction government forced states from the former Confederacy to reform their legal systems for re-admission into the United States. With the protection of federal troops, formerly enslaved African Americans could vote and run for political office in the American South for the first time. Reconstruction proved to be a tumultuous period as former Confederates, newly freed African Americans, free people of color, and northern transplants to the region struggled to restructure a society and economy that had revolved around slavery for centuries. This period was also a time of fundamental progressive change. With the support of newly elected African American politicians, establishing a public school system in the American South became one of the most significant and long-lasting progressive legacies of Reconstruction. 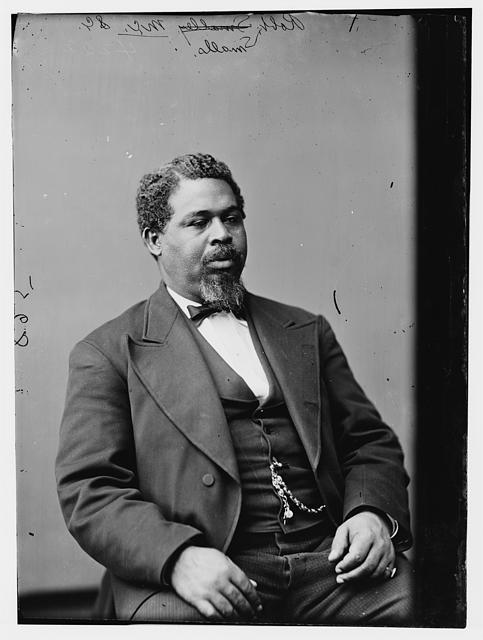 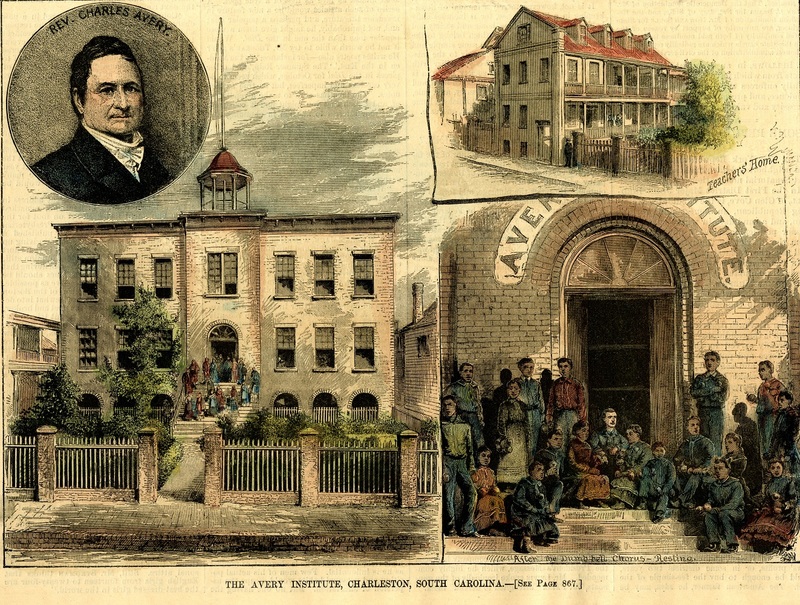 In South Carolina, African American representatives elected during Reconstruction, such as Robert Smalls and Joseph Hayne Rainey, took the lead in implementing progressive legislation through the 1868 state constitution. This constitution featured many groundbreaking amendments, including provisions for free public education for all children in the state, black and white. Prior to the American Civil War, southern states generally did not provide public education. White elites employed private tutors or sent their children to private institutions, while simultaneously enforcing laws that prevented enslaved African Americans from learning to read and write. Poor whites either did not receive a formal education, or they only had access to informal schooling. This legislative move to write state-supported education into law reflected the aspirations of formerly enslaved people. Black South Carolinians saw newly acquired freedom and citizenship as an avenue to obtain formal schooling and literacy for all.

Even before the ratification of South Carolina’s 1868 constitution, the Freedmen’s Bureau, northern philanthropic and missionary associations, and African American leaders established the state’s first private schools for black youth. In 1865, the American Missionary Association (AMA) established the Avery Normal Institute as the first secondary private school for African Americans in Charleston. The Avery Normal Institute required tuition fees, and initially focused on training professionals and leaders of the local upper class African American community through a classical education curriculum. It emerged as a premier private institution and remained one of the only secondary schools for African Americans in the Lowcountry until the end of the nineteenth century. 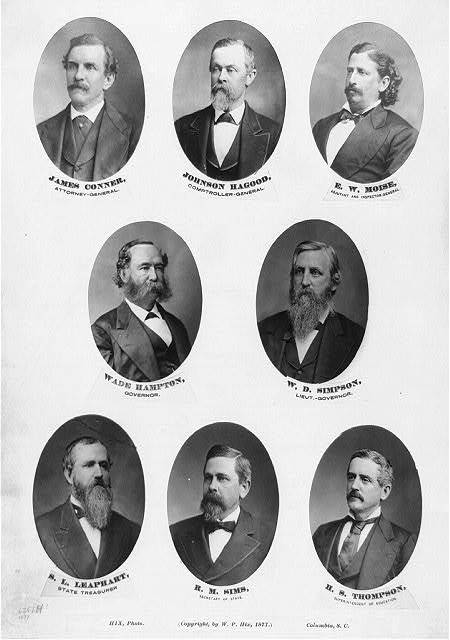 Reconstruction ended in South Carolina after Wade Hampton’s 1876 gubernatorial election, followed by the Compromise of 1877 that elected Republican Rutherford Hayes as President of the United States and led to the withdrawal of federal troops from the South. Without federal supervision, former Confederate legislators in South Carolina increasingly shut African American out of political participation on all levels, while repealing numerous progressive measures from the Reconstruction period. Their actions inhibited the growth of private and public schools for African Americans in South Carolina. Despite these challenges, the state did maintain a racially segregated elementary, secondary, and post-secondary system of education after Reconstruction. Unfortunately, black public schools within this system were underfunded, and did not meet the needs and aspirations of African American communities. In Charleston and across the South, black parents and civic leaders spent years organizing and petitioning local school districts to support missions to include effective education for their children.