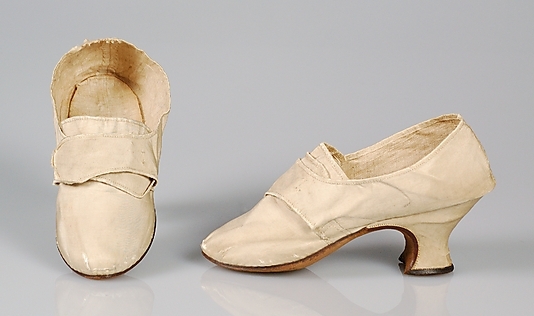 Women's shoes, silk, made in England, 1750-1769, Brooklyn Museum Costume Collection, courtesy of the Metropolitan Museum of Art. Poyas provided access to silk shoes, buckles, buttons, and other clothing items to customers in Charles Town and across the Lowcountry region. 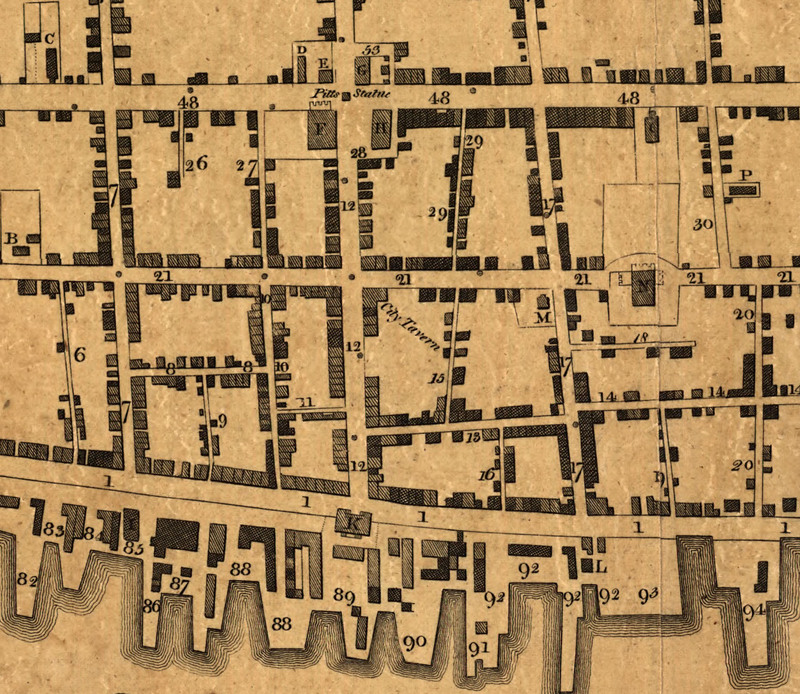 Selection from "Ichnography of Charleston, South Carolina," published by the Phoenix Fire-Company of London, 1790, courtesy of Library of Congress Geography and Map Division. Poyas's shop was located on present day East Bay Street, labeled as "1" on the map above.

In the eighteenth century, merchants in Charles Town conducted thriving businesses selling British wares that were critical to South Carolina’s economy. Textiles and dry goods imported into the colony rose twentyfold from 1700 to 1775, and a professional class of traders emerged in this Atlantic port city to act as factors, or colonial agents, for British exporters in London and Bristol. Charles Town merchants typically consigned and sold British dry goods on credit to planters and artisans who came to the city. In addition, as growing numbers of European immigrants settled in remote regions of the colony through the Township Plan, merchants like James Poyas sold goods on a wholesale basis to backcountry traders and shopkeepers. From his Bay Street store, located near “The Watch House,” Poyas retailed a range of imported commodities from England, the West Indies, and Philadelphia, though he predominately sold textiles, clothing, and groceries, which customers typically paid for on a weekly or monthly basis. Items stocked on Poyas’s shelves included assorted white, blue, and striped linens and India calicoes, ladies’ beaver and men’s felt hats, rice sieves, women’s and men’s shoes, Bohea tea, loaf sugar, almonds, raisins, spices, gold and silver watches, and assorted garden seeds. Domestic hardware such as tableware, cutlery, and cooking and cleaning utensils were less common in his store because settlers only required these items two or three times a year.

In addition to supervising his store, Charles Town merchants like Poyas often filled many roles in early colonial trade systems. For example, Poyas acted as a factor hired by Lowcountry planters to sell and ship their crops to English and European markets. He also sold planters’rice and indigo on commission to local merchants, or managed the shipment of these raw agricultural products to England directly. Outside of trading, Poyas was appointed executor of several estates, including those of his friends, business partners, and trading associates. Poyas also occasionally recorded land claims with the provincial secretary’s office for clients living in the South Carolina backcountry. When he was able, Poyas loaned small sums of money to family members and extended lines of credit to planters who suffered from poor seasonal harvests. He also managed planter Daniel Horry’s Charles Town properties. These additional duties offered minimal financial compensation for Poyas, though perhaps they secured loyal customers. In June 1753, Poyas formed a brief partnership with Thomas Bonny to sell and ship crops for planters to English and European markets. 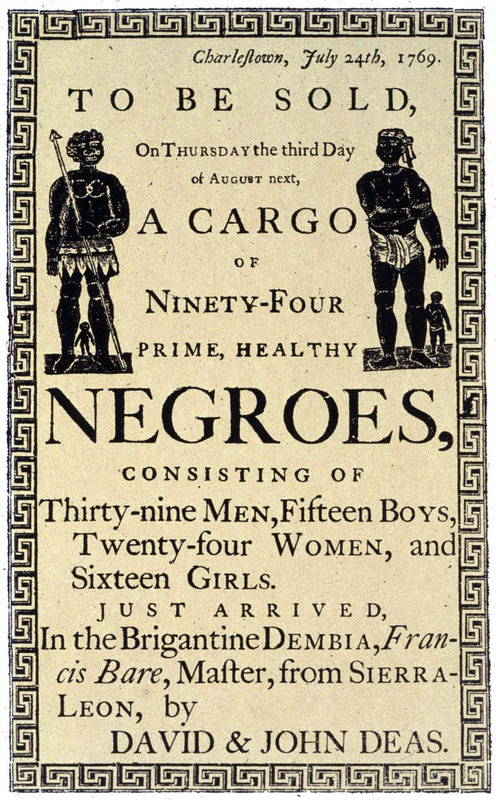 Slave auction notice, 1769, Charles Town, South Carolina, courtesy of the American Antiquarian Society. In addition to the price of a slave, duties were often levied as a means of government regulation. For example, the Slave Code of 1740 imposed a duty on slaves brought directly from Africa. The colonial government believed this would help guard against slave insurrections, as native African slaves were thought to be more volatile.

Poyas and Bonny were not major slave dealers like their contemporaries Joseph Wragg or Henry Laurens, but they did participate in the African slave trade on a smaller scale. For example, in November 1754 Poyas and Bonny paid £60 in duties for captive Africans purchased from Captain James Adams, after they arrived in Charles Town from Jamaica. When Bonny died in 1755, Poyas decided to continue trading on his own, occasionally purchasing or selling slaves. Years later, in April 1765, he again notes in his daybook that he paid £10 in duties for two slaves purchased from Captain Wright Westcott, who arrived from Antigua.

In the urban context of Charles Town, the small numbers of slaves that Poyas purchased indicates that they may have been assistants in his store rather than agricultural laborers. They could have also worked in Poyas’s household with his wife, Elizabeth Portall, a local artisan’s daughter Poyas married in 1755. While Poyas’s participation in the trans-Atlantic slave trade in Charles Town appears to have been relatively limited, by the 1750s and 60s many local merchants were expanding their commodities businesses to include large-scale slave trading. To feed the demands of planters and the growth of plantation agriculture in the Lowcountry, larger numbers of captive Africans were arriving in the colony via the inter-colonial trade and directly from the West African coast. Few Charles Town merchants, if any, refrained from taking some part in this trade in human lives.