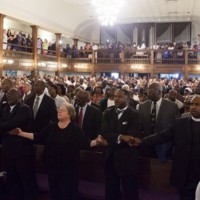 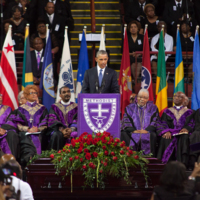 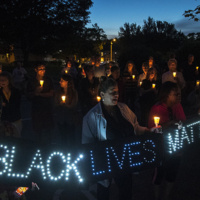 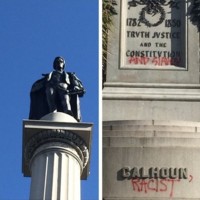 In the days and weeks following the shooting at Mother Emanuel, various individuals and organizations in Charleston, throughout South Carolina, and across the nation participated in community prayer vigils, marches, and rallies to honor the victims, promote unity, and galvanize awareness of racial injustice in South Carolina and beyond. In addition, the Emanuel AME Church oversaw homegoing services for the nine victims, including Reverend Pinckney’s funeral at the College of Charleston’s TD Arena, where President Barack Obama delivered the eulogy to an audience of over five thousand people. The following images document many of the local and national events that occurred in response to the shooting. Please see the Interactive Timeline for a more detailed chronology of events.