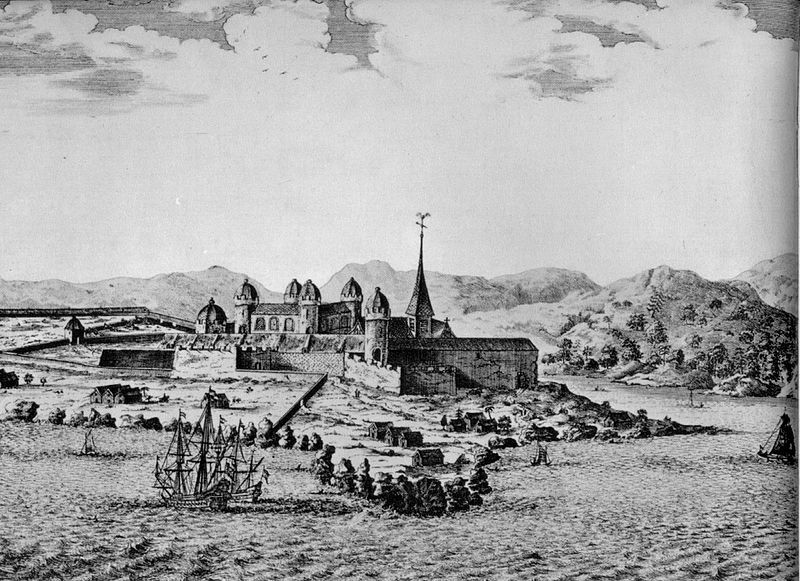 Elmina Castle, West Africa, 1668. This castle was erected by the Portuguese in 1482 as São Jorge da Mina, in what is now present day Ghana in West Africa. Elmina eventually became one of the most heavily trafficked trading centers in the trans-Atlantic slave trade. 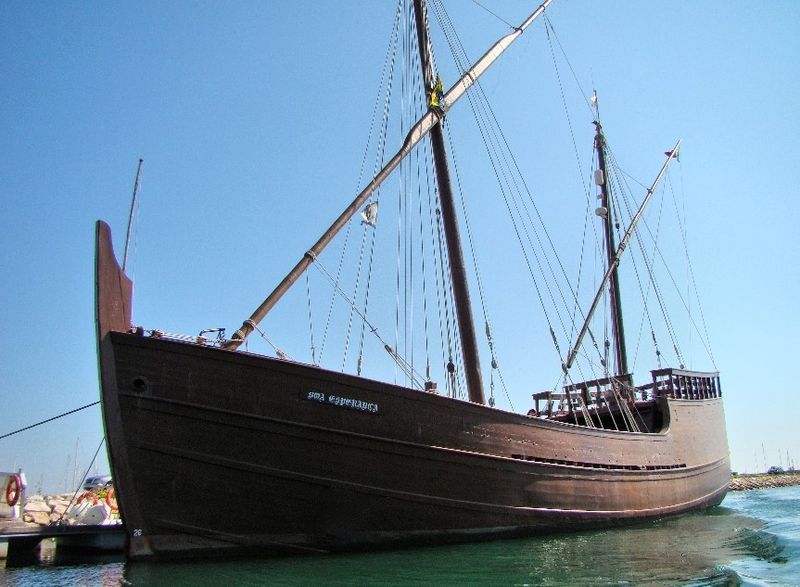 Replica of the caravel Boa Esperança, image by Hernâni Viegas, Lagos, Portugal, 2013. The invention of the caravel in the early fifteenth century enabled Portuguese mariners to travel south along Africa’s Atlantic coast.

Until the late medieval era, southern Europe constituted an important market for North African merchants who brought gold and other commodities—and small numbers of slaves—in caravans across the Sahara Desert. But during the early fifteenth century, advances in nautical technology (especially the invention of the caravel, with its aerodynamic hull and triangular lateen sails) enabled Portuguese mariners to travel south along Africa’s Atlantic coast in search of a direct maritime route to gold-producing regions in sub-Saharan West Africa. Founded in 1482 near the town of Elmina in present-day Ghana, the feitoria São Jorge da Mina was of special importance in that it gave the Portuguese far better access to sources of West African gold.

Map of Portuguese discoveries, exploration, contacts and conquests, 1336 to 1543, created 2009. Arrival dates noted with location; main sea routes to the Indian Ocean in blue; and territories claimed under King John III of Portugal (r. 1521-57) in green.

Portuguese mariners sailed beyond Cape Bojador, Morocco, for the first time in the 1430s. By 1445, a trading post was established on the small island of Arguim off the coast of present-day Mauritania. As Portuguese ships continued to explore African coastlines and rivers over the following decades, they established similar feitorias or trading “factories” with the goal of tapping into pre-existing local commercial networks. Portuguese traders procured not only captives for export, but also various West African commodities such as ivory, peppers, textiles, wax, grain, and copper. 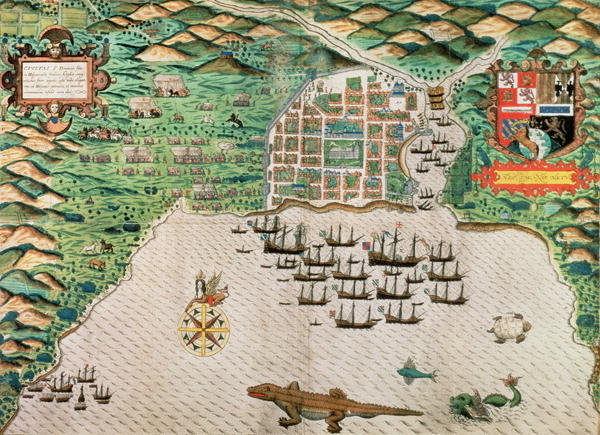 Map of Santiago, Cape Verde, 1589, created by Giovanni Battista Boazio. Santiago was the first of the Cape Verde islands to be settled by the Portugeuse in the 1460s. The slave trade out of West Africa eventually made Cidade Velha in Santiago one of the wealthiest cities in the Portuguese empire.

In addition to trading posts, Portugal established colonies on previously uninhabited Atlantic African islands that would later serve as collection points for captives and commodities to be shipped to Iberia, and eventually to the Americas. Portuguese colonization of the Cape Verde Islands, some 350 miles west of the Upper Guinean mainland, was underway by the 1460s. Farther south in the Gulf of Guinea, Portuguese mariners encountered the islands of São Tomé and Príncipe around 1470; colonization of São Tomé began in the 1490s. Both groups of islands served as entrepôts for Portuguese commerce across vast regions of western Africa. Though São Tomé became an important sugar producer, the island also collected slaves for trans-shipment to Elmina, many of whom would be sold to local merchants and used to transport gold from the interior. 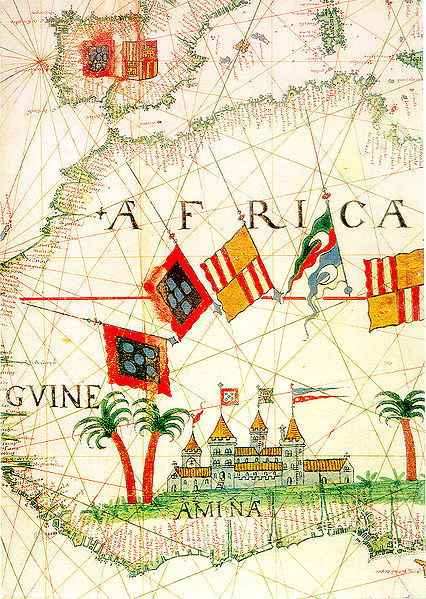 Despite Portugal’s success in using maritime routes to finally bypass trans-Saharan overland trade routes controlled by Muslim intermediaries, Portuguese activity in western Africa was soon overshadowed by much more lucrative commerce in India. In 1453, the Ottoman Empire’s successful capture of Constantinople (Istanbul)—formerly Western Europe’s main source for spices, silks, and other luxury goods produced in the Middle East and Asia—added further motivation for European overseas expansion. After several decades of Portuguese expeditions venturing southwards along western Africa’s coastlines, Portuguese navigator Bartolomeu Dias famously sailed around the Cape of Good Hope in 1488, opening up European access to the Indian Ocean. By the close of the fifteenth century, Portuguese merchants were able to circumvent Islamic commercial, political, and military strongholds in both North Africa and in the eastern Mediterranean. One significant outcome of Portuguese overseas expansion during this period was a dramatic increase in Iberian access to sub-Saharan trade networks.