Slavery in Iberia before the Trans-Atlantic Trade

For the modern observer, one of the most striking aspects of slavery in late medieval and early modern Iberia is that it was not primarily associated with race or skin color; religion and political loyalties were no less important than ethnicity and geographical origin in determining who could be enslaved. In addition to a significant number of sub-Saharan African slaves who came to Iberia via trans-Saharan and early Atlantic slaving networks, fifteenth- and sixteenth-century sources reveal the presence of enslaved “Turks” from Eastern Europe and the Ottoman Empire. North African Muslims (“Moors”) and Berbers (“berberiscos”) represented another significant component of early modern Iberia's slave populations, as did moriscos in Spain, or mouriscos in Portugal (this term referred to Iberians who had converted from Islam to Christianity—in many cases by force—and their descendants). 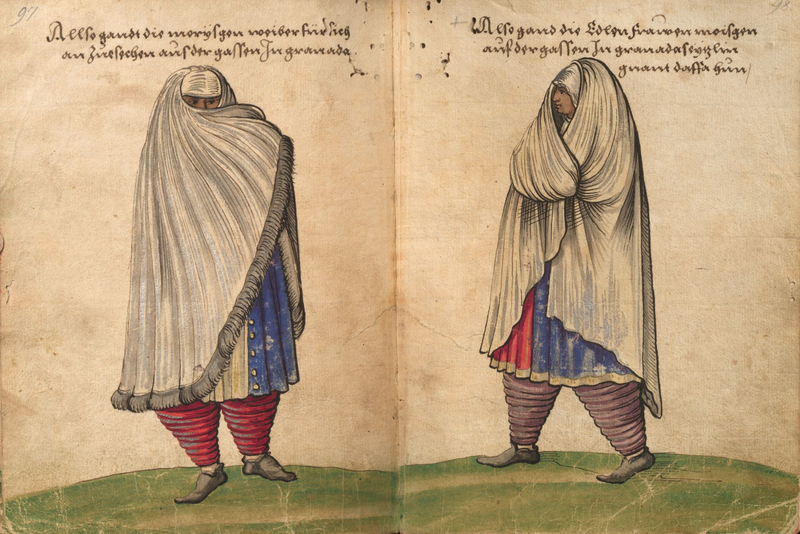 By the late fifteenth century, Iberia’s enslaved populations also included small numbers of Guanches seized in the Canary Islands, Amerindians from the Caribbean and Brazil, and even “Indians from Goa” who originated in the Indian subcontinent. Iberians also considered slavery a potential outcome for Europeans. In the sixteenth and seventeenth centuries, North African and Ottoman corsairs frequently captured Spanish, Portuguese, and Italian ships, and either held the passengers for ransom or sold them into North African and Turkish slave markets. The fear of being enslaved by Muslims was a regular part of daily life for southern European seafarers and coastal inhabitants, and this concern is addressed extensively in early modern Iberian texts and literature. 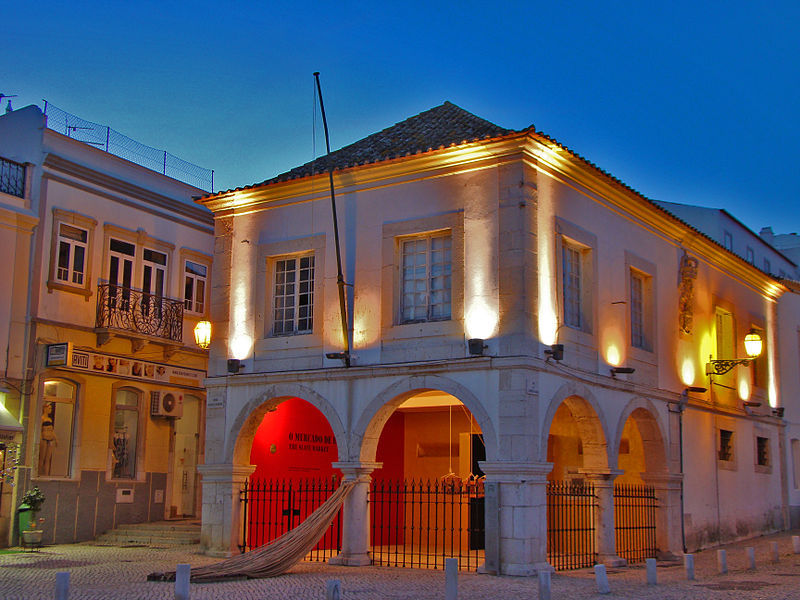 Sub-Saharan Africans appeared among Iberian slave populations most notably after the commencement of the Portuguese trans-Atlantic slave trade from Africa beginning in the 1440s. By the mid-sixteenth century, sub-Saharan Africans appear to have already become the dominant slave population throughout the peninsula, though it is not entirely clear when they began to outnumber other enslaved groups. While some Muslim, morisco, and North African slaves were described as “black” by their Iberian contemporaries, many were not. For example, it is not uncommon to find reference to "white" morisco and morisca slaves in Iberia well into the seventeenth century and beyond. Racialization may have existed in Iberia prior to the colonization of the Spanish Americas and Brazil, and it is possible that Iberians had been influenced by some North Africans’ attitudes towards their darker-skinned sub-Saharan neighbors. But in the minds of early modern Iberians, slavery was not directly linked to blackness. 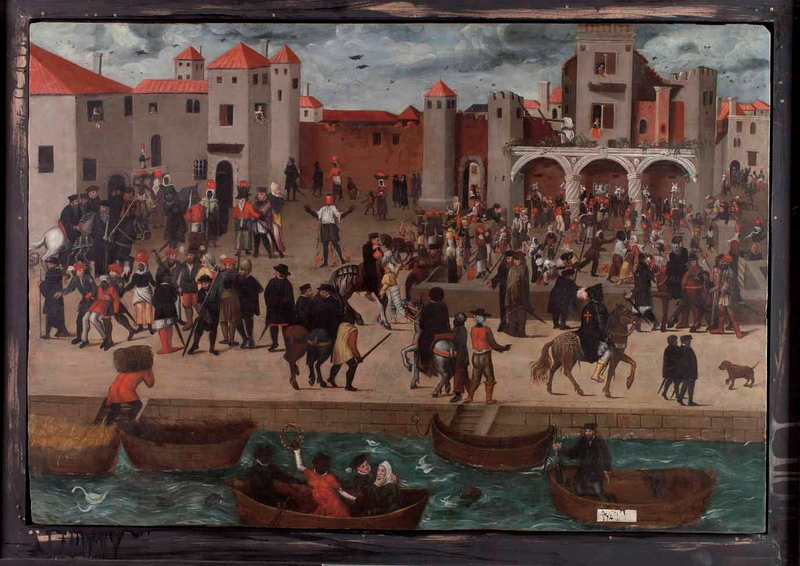 Chafariz d’el Rey in the Alfama District (View of a Square with the Kings Fountain in Lisbon), ca. 1570-80, courtesy of the Museu Berardo. 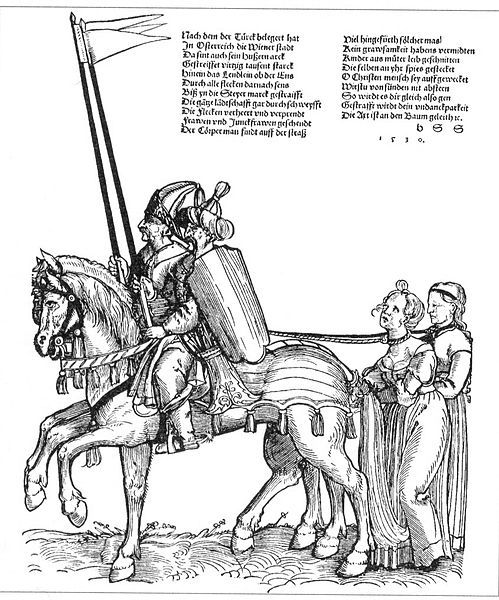 By the time Portuguese merchants and mariners launched the trans-Atlantic slave trade from Africa to Europe in the mid-fifteenth century, Iberian and Mediterranean precedents already dictated who could be enslaved and how, and under what circumstances enslaved persons might regain their liberty. While cross-cultural interaction between Iberian Christians and their Muslim neighbors was not always antagonistic, the practice of capturing and ransoming prisoners across religious and political boundaries was both ancient and widespread. Throughout the early modern era, Muslim and Christian captives could be found on either side of the Mediterranean. For both religious groups, a slave could obtain freedom through a long-established custom in which family members, religious orders, or political authorities paid a ransom. 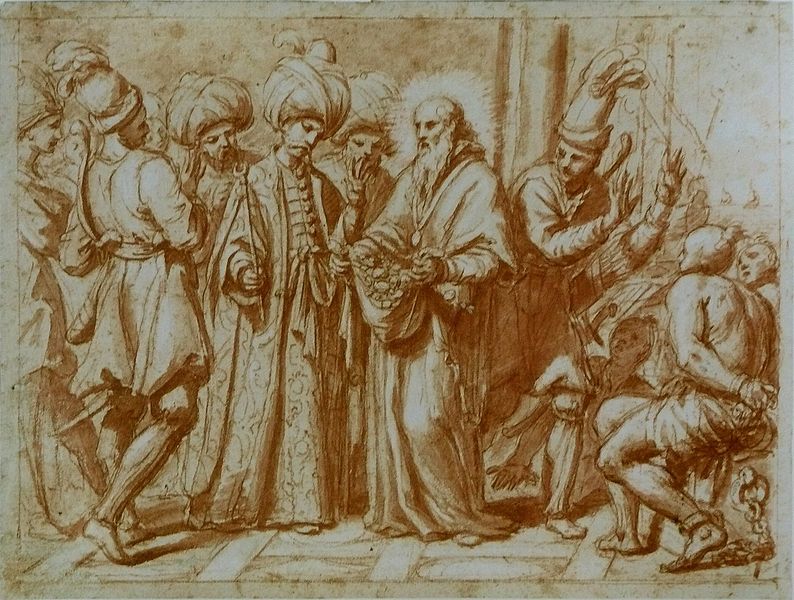 In this context, it was broadly understood that slavery was often the result of misfortune (i.e. shipwreck, capture at sea, abduction during a coastal raidor razzia), and ideally, a condition to be endured only temporarily. By the close of the sixteenth century, if not sooner, long-distance slave trafficking had began to definitively replace coastal raids, capture during battle, or the mass enslavement of newly-subjugated religious minorities as the primary means of procuring slaves to supplement Iberian labor forces. But long after the disappearance of religious frontiers within Iberia, and far away from the Mediterranean world, slave sale contracts drawn up in Iberian colonies continued to use formal language referring to enslaved people as “captives” who had been acquired in a “just war.” 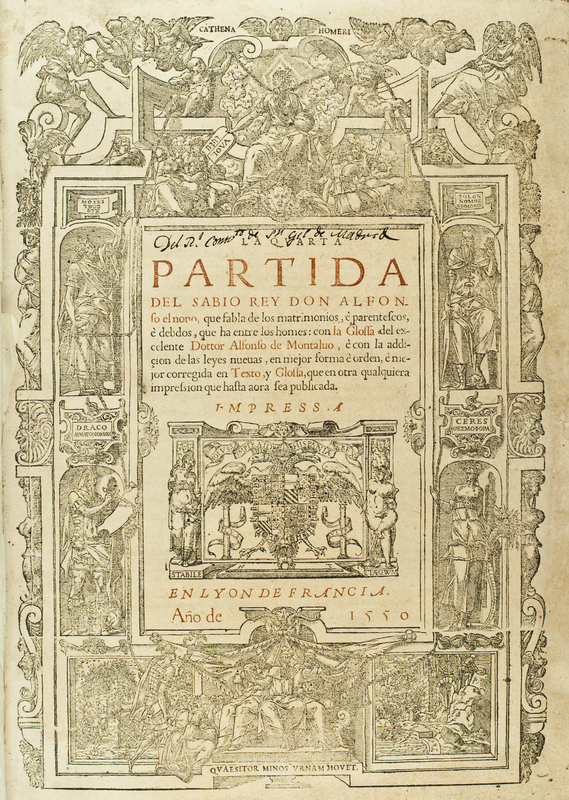 Las Siete Partidas (the Seven-Part Code), 1550 publication cover, originally compiled in 1265. This medieval legal code, written in the Castilian vernacular, was compiled under the supervision of Alfonso X, the Wise (1252-1284), of Castile. The laws went into effect in 1348, and they spread to all of Spain, and later to Spanish colonies in the Americas.

The legal and spiritual personhood formally accorded to slaves was another significant aspect of slavery in the Iberian Peninsula that had major ramifications for the institution’s subsequent development in Iberian colonies. Even though enslaved people in Iberian overseas colonies stood little chance of ever being ransomed, in legal terms slaves were viewed as captives or prisoners, rather than as personal property. Unlike the chattel slavery system that later developed in English American colonies, slavery in the early modern Iberian world was still considered a temporary condition, and enslaved people could obtain some protection or recourse from institutions such as the Church and the Crown. Iberian policies regarding slavery (among other topics) were codified in the thirteenth century in a series of legal and religious arguments known as the Siete Partidas, rationales that were themselves based in part on Roman laws dating back even earlier. Historians continue to debate whether aspects of these Iberian slave codes that survived down to the nineteenth century produced meaningful benefits for enslaved people in Cuba and Brazil, as opposed to the experiences of their counterparts in the antebellum United States. Still, pre-existing slave codes did not play the same influential role in the development of slavery in northern European colonies, which may explain some of the early differences between coerced labor systems in different European colonies and later nations.