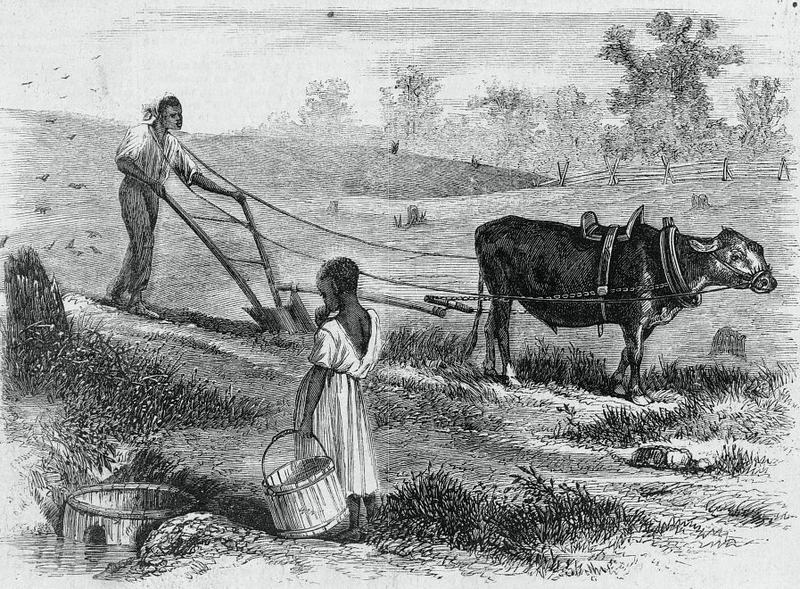 Reconstruction brought into sharp focus two related problems of political economy left over from the antebellum period in the United States. In a nation founded on an ideal of agrarian self-sufficiency, ownership of land had become concentrated into too few hands, prompting widespread complaints about a “land monopoly” from the 1840s onwards. By emancipating roughly four million slaves, the outcome of the Civil War added significantly to the ranks of the landless. The second problem was the status of wage laborers. From the perspective of free labor advocates, wage labor was an acceptable, even necessary stage on the way to economic independence. However by the 1840s, if not earlier, a growing class of Americans from various backgrounds found that they could never hope to achieve this economic independence. Instead, they would spend their lives working for someone else. The rapid industrialization of the Civil War years greatly accelerated this trend, and national leaders struggled with the problem of how to reconcile the ideals of republican equality with a new reality of growing, seemingly permanent economic stratification.

In the period before the Civil War, the Republican Party’s attachment to free labor ideology held these problems and contradictions at bay. Republicans—and northerners more generally—asserted that the nation’s prosperity rested on the widespread ownership of productive property, the fruits of hard work by individual Americans in a free marketplace. In some senses, before the Civil War, free labor ideology never really had to prove itself: the existence of the 'Slave Power' of the South was an obstacle that always lay in the way of the millennial unfolding of the harmonious society envisioned by free labor evangelists. After emancipation, however, that obstacle and the excuse it provided for inaction were removed. Reconstruction became the proving ground to test whether free labor ideology could actually work in practice, and the key was the ability of freedpeople to become self-sufficient peasant proprietors within the agricultural economy of the South. 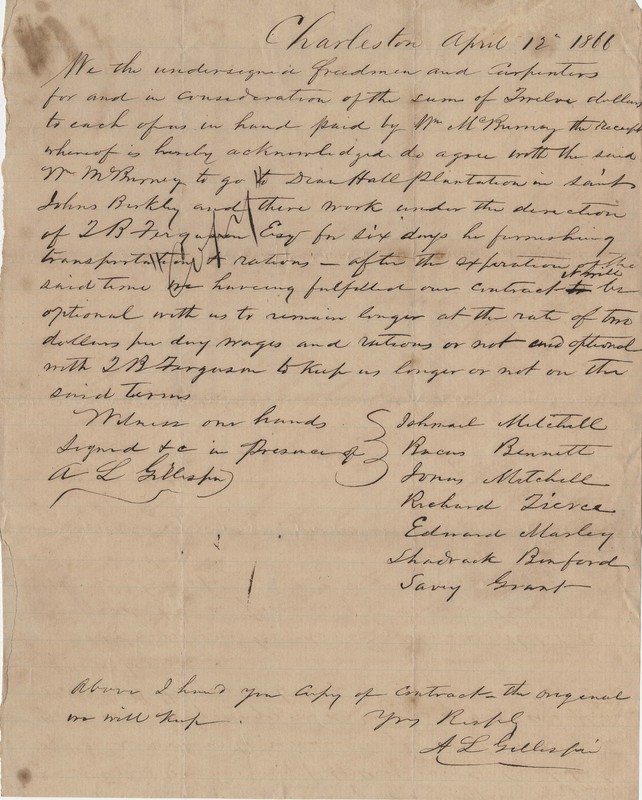 Contract between Thomas B. Ferguson and Freedmen Laborers to work on Dean Hall Plantation, Charleston, South Carolina, April 12, 1866, Heyward and Ferguson Family Papers, courtesy of the College of Charleston Libraries.

From an opposing perspective, southern planters viewed slave emancipation as a crisis in labor control. For all their self-deluding complaints about how much trouble it was to take care of their ‘child-like’ slaves, ex-masters ultimately believed that slavery, with its compulsions of the whip and the auction block, was the most effective and lucrative way to control labor. The last thing planters wanted was a southern economy dominated by former slaves owning their own land, with no need to work on someone else’s land for survival. National leaders who advocated for freedpeople to have their own land considered several approaches to reconstructing the arrangements around property and labor.

Confiscating land from Confederate planters was one possibility, but some thought it set a dangerous precedent, and most Republicans regarded it as conflicting with free labor’s devotion to the protection of private property. Manipulating tax policy to encourage the break up of large landholdings so that land could be sold in small parcels was more widely implemented, and South Carolina even set up a government agency to facilitate this process. On their own volition and outside of these negotiations, freedpeople often scrambled to acquire and hold land by any means available, including squatting, piecemeal purchases, and cooperative ventures.