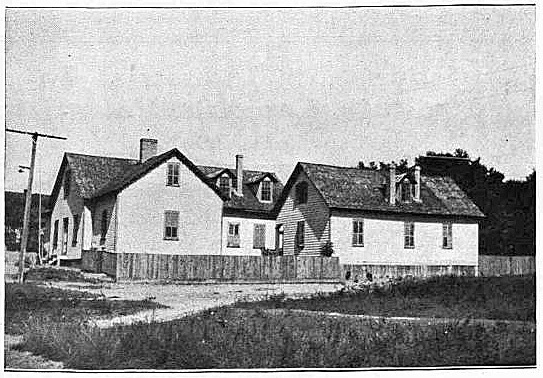 Until 1947, Burke High School was the only public high school for African American students in the city of Charleston. Outside of Laing School, which served the rural black population in Mt. Pleasant, Burke was also the only public secondary institution for African American students in Charleston County until the 1950s. The school district did not provide transportation from outlying areas to downtown, so that black students from surrounding rural Lowcountry and Sea Islands area could only attend Burke High School as circumstances permitted.

As the city continued to experience dramatic economic and population growth after World War II, the African American population demanded a more comprehensive public education system. By the 1940s, Burke experienced overcrowded conditions and required financial support for expansion, but the city of Charleston consistently failed to provide adequate resources to the school. The Avery Normal Institute continued to provide African American students with access to liberal arts education, but as a private institution, the school’s tuition was costly and out of reach for many black families on the peninsula. 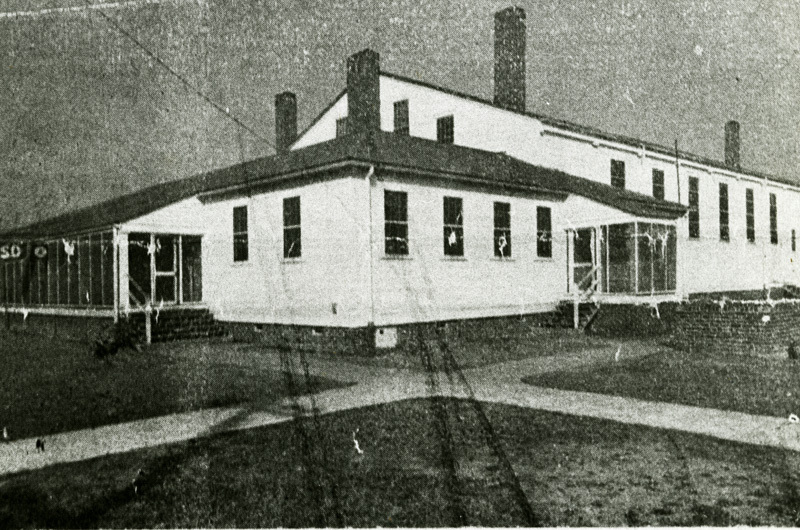 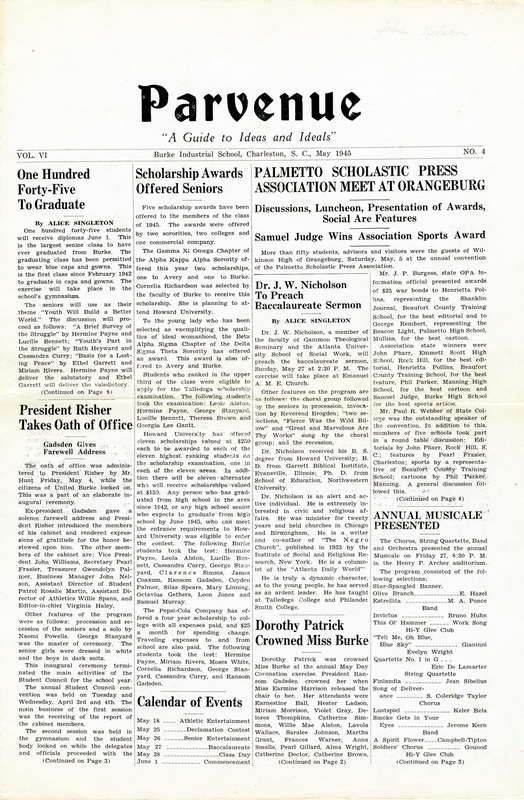 The Parvenue, May 1945, courtesy of the Parvenue Collection, Avery Research Center.

Beginning in the 1940s, local activists, committed faculty, and leadership at Burke High School organized to address the lack of support from the Charleston County School District. They also launched a concerted effort to strengthen and expand the curriculum beyond the school’s vocational emphasis. The academic course offerings grew to include a math and science program, and Burke faculty developed chorus, theater, art, and band programs that soon gained distinction in the community, particularly through the success of renowned Burke graduates such as artist Merton Simpson, who graduated in 1949. In addition, faculty implemented a student newspaper, the Parvenue, where students reported local news and addressed larger social issues. During this time, administration at Burke successfully navigated the state’s school accreditation process. After several years of lobbying, the state of South Carolina formally evaluated and approved the Burke High School faculty, curriculum, and educational mission in 1947. During this same year, Avery also became a public school. Burke High School earned full accreditation from the Southern Association of Colleges and Secondary Schools in 1954.