Interception of the Echo 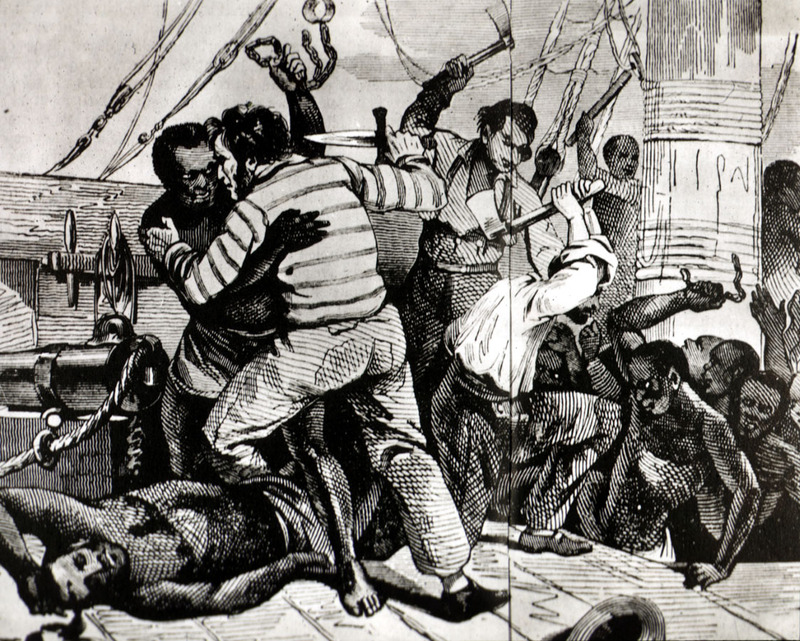 "Revolt Aboard Slave Ship," by Isabelle Aguet A Pictorial History of the Slave Trade, ca. nineteenth century, courtesy of the Virginia Foundation for the Humanities and the University of Virginia Library. For investors in the illegal trans-Atlantic slave trade, major risk factors included interception from an anti-slave trade patrol, slave mortality, shipwreck, and slave rebellion.

From the moment the Echo departed Cabinda for Cuba, the voyage started to unravel for the slave traders. The captives attempted to overrun the ship, probably early on in the voyage. As the journey progressed, disease spread throughout the holds, eventually claiming 144 African lives, each worth, on average, $700 in Cuba. In total, mortality cost the voyage $100,000 (nearly three million dollars today). As the Echo neared the Americas, the voyage nearly failed completely when the brig ran aground at Great Abaco Island in the Bahamas, but the vessel was released by the tide the next day.

The Echo captives’ ordeal took an unusual twist just as the brig reached its destination, Sagua la Grande, on the northern coast of Cuba. Eighty percent of illegal slavers completed their voyages as planned, but the Echo did not. As it neared port, a U.S. anti-slave trade patrol frigate, the U.S.S Dolphin, spotted the Echo. For two hours, the Echo crew tried to outpace the Dolphin, but eventually they lost the chase and surrendered.

The Dolphin’s Commander, J.N. Maffit, ordered the Echo captives unbound and rerouted the brig to Charleston, South Carolina, for adjudication under U.S. federal anti-slave trade law. During the five-day passage from Cuba to Charleston, the disease-infested brig claimed another twelve lives. In Charleston, U.S. Marshal Daniel Hamilton quarantined the Africans, first at Castle Pinckney in Charleston Harbor and then at the recently constructed Fort Sumter. A small number of reporters, plantation owners, doctors, and federal officials docked at the Fort, eager to view the first captives to enter Charleston directly from Africa in nearly a half century. Although Charleston dominated North American slave importation during the legal trans-Atlantic slave trade, and many white Charlestonians supported reopening the traffic in the 1850s, few had observed the Atlantic slave trade first hand in 1858. When faced with the physical state of the Echo Africans, local observers were horrified. “It is common to speak of a man being reduced to skin and bone” reported one newspaperman, “but one who saw these can scarcely use the expression again.” White Charlestonians still affirmed the righteousness of slavery in the United States in their reports, but the Africans’ conditions led some witnesses to question the virtues of the Atlantic slave trade. Meanwhile, a further thirty-five Africans died during twenty-five days of quarantine at Fort Sumter.

In early September 1858, President James Buchanan ordered the Echo survivors across the Atlantic again. This time the U.S.S. Niagara carried them to Liberia. The U.S. government sponsored this West African republic to re-settle free African Americans, and to receive Africans freed from illegal slave ships. The journey to Liberia revealed the limits of liberty for the Echo Africans. Although no longer enslaved, they were still crippled by ill health and bound for a destination not of their choosing. With just a spoon, a blanket, and some limited and unfamiliar medicines, they fought catarrh, influenza, scurvy, and chronic diarrhea. The month-long voyage cost a further seventy-one lives. 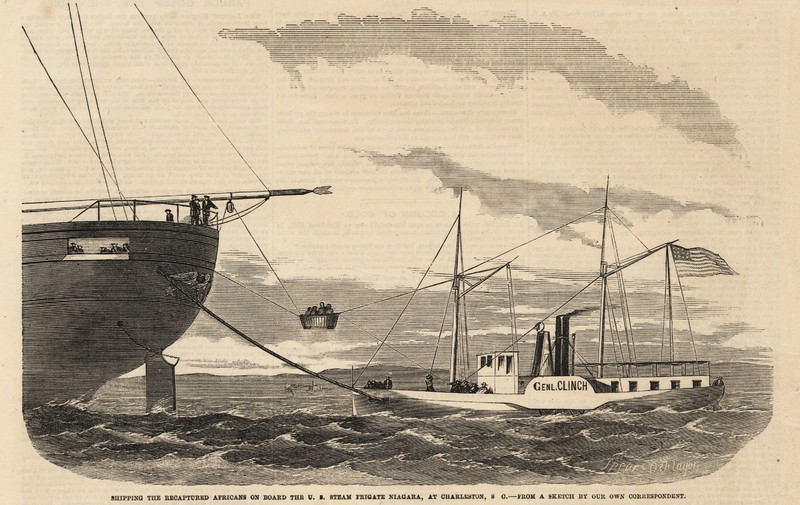 Two hundred Echo Africans—less than half their original number—disembarked the U.S.S. Niagara in Liberia’s capital, Monrovia. Their experiences in Liberia can be reconstructed with the help of a resident American, John Seys. According to Seys, after their arrival the survivors were forcibly bound out as apprentices to farmers scattered across the country: “30 were sent to the Grand Cape Mount, 30 to Grand Bassa, 25 to Simon, 30 to Grand Palmas and the balance 75 kept in Monrovia and the rural settlements up the River.” Seys insisted that all were, “alive, well, contented, and improving rapidly,” but Liberia was a totally foreign environment for the survivors, socially, culturally, spiritually, and even in terms of geography and climate. Their homeland, in West Central Africa, was three thousand miles away, and none were able to return. As Seys noted, “the journey [to West Central Africa] would be dangerous in the extreme...[There are] no vessel trades between this place and Congo River.”

The experience of the Echo Africans highlights the horrifying nature of the illegal slave trade. Compared to the legal period, illegally trafficked slaves were younger and often endured greater mortality rates on the African coast and during the Middle Passage. Nine in ten survivors of the trans-Atlantic voyage ended up in Brazilian and Cuban plantations. Some, such as the Echo Africans, avoided that fate, but faced further traumas in foreign lands. The illegal slave trade was, as one Charlestonian observer put it: “proof in argument of human depravity.” 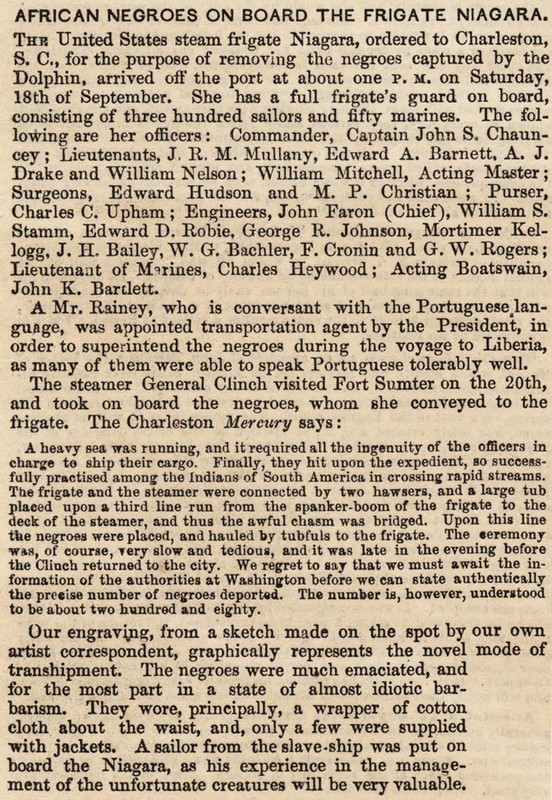 ← The Echo Captives
The Echo Trials →