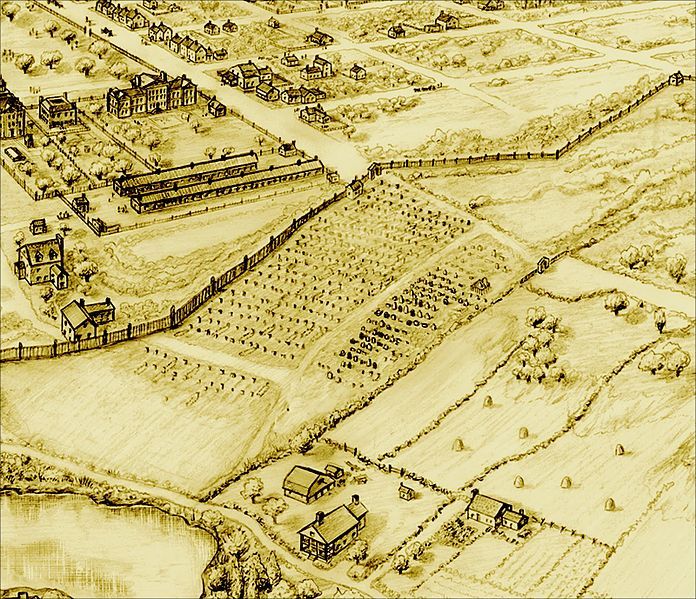 African burial ground, Manhattan, New York, ca. 1700s. The African Burial Ground National Monument currently preserves this site containing the remains of more than 400 enslaved and free Africans buried during the late seventeenth and eighteenth centuries in New York City. Though slavery quickly became a major labor system in the southern colonies, it was also prevalent and politically supported in New York City, though it played a more minor role in other northern cities such as Philadelphia and Boston. 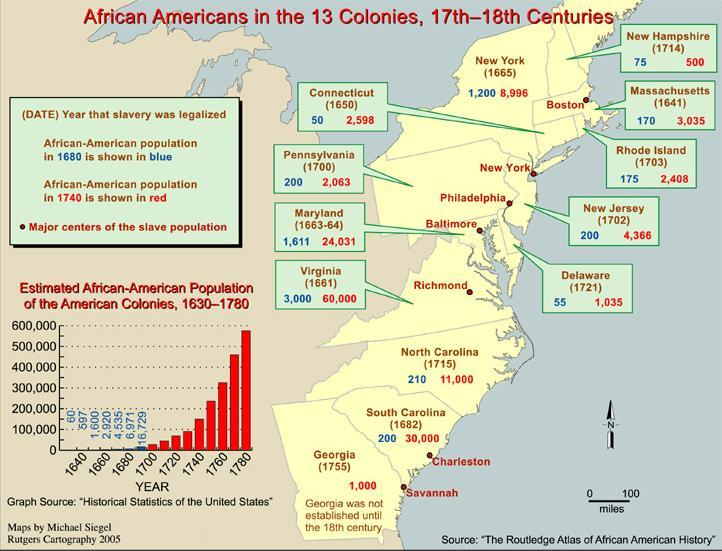 In contrast, major plantation areas in southern colonies functioned as slave societies, where slavery stood at the center of politics, the economy, labor experiences, and social identities. Slaveholders made up the ruling class in these areas and the master-slave relationship shaped all aspects of society and daily life.

Due to the strong influence of West Indian settlers (described in the Barbadians in Carolina section) the Carolina colony developed rapidly as a slave society. Within a few short decades of the colony's founding in 1670, the Carolina Lowcountry featured a profitable plantation economy based on enslaved African labor. In contrast, the English colony of Virginia (established 1607) initially focused on developing a mixed labor force of European settlers and indentured labor, free American Indian laborers, and enslaving Africans and American Indians, for small to large agricultural systems. Though tobacco cultivation has a much longer history in the region, a cohesive tobacco plantation economy did not fully form in Virginia until the mid to late seventeenth century, shortly before the founding of Carolina. 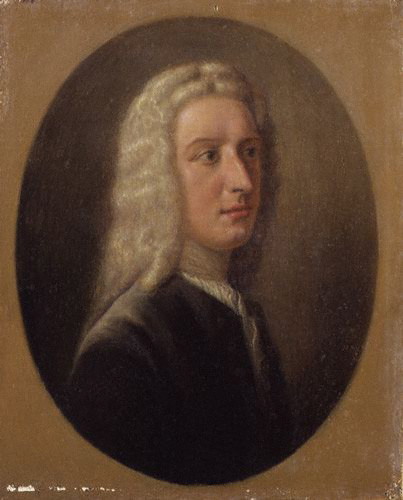 James Edward Oglethorpe, painting by Alfred Edmund Dyer, ca. 1735-1736, courtesy of the National Portrait Gallery, London, England. James Oglethorpe, the first governor of Georgia, established this colony as an egalitarian settlement for the “worthy poor” from England. At that time, Georgia was the only North American colony where slavery was prohibited, before Georgia leaders overturned the ban in 1749.

The English colony of Georgia has a unique history of slavery among English North American colonies. James Oglethorpe obtained a charter for the colony in 1732, in partnership with other English philanthropists, to establish an egalitarian settlement for the "worthy poor" from England. At that time, Georgia was the only North American colony where slavery was prohibited. White English settlements in Georgia also provided a military buffer between European rivals in Carolina and Spanish Florida, and helped protect against conflicts between Carolina settlers and escaped Africans and American Indians in northern Florida. In 1749, Georgia leaders overturned the colony's ban against slavery. The growing wealth of planters in South Carolina from slave-grown cash crops proved too enticing to Georgia's leaders. Improving economic conditions in Europe also meant that white indentured laborers were increasingly difficult to attract to the colony. By the 1750s, white planters from South Carolina began moving into Georgia to establish rice plantations based on enslaved labor, and they quickly transformed the colony of Georgia into a slave society. 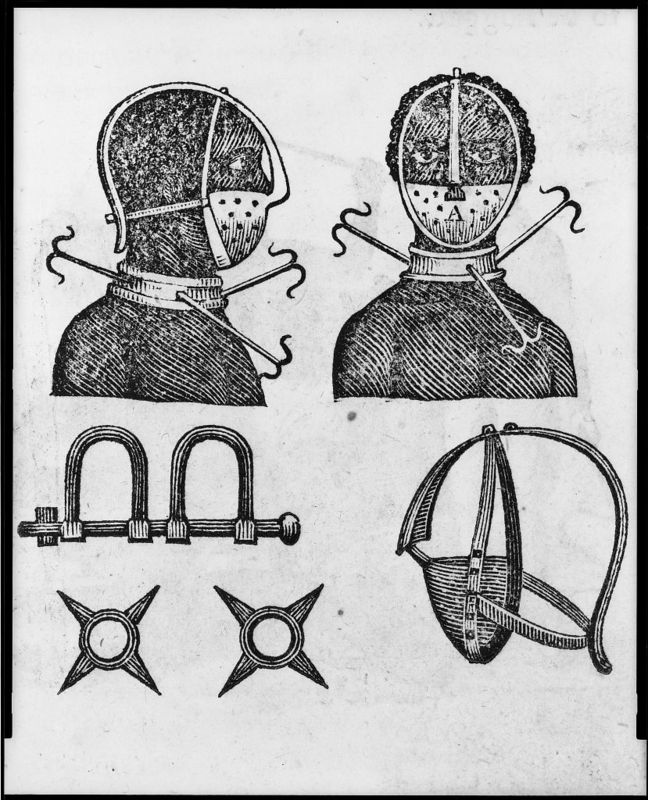 In all of these contexts, violence and oppression played prominent roles in the experience of enslavement. In societies with slaves, slaveholders could treat enslaved people brutally precisely because they were marginal to their economic needs. In slave societies with large enslaved populations, the practice or threat of violence served to punish resistance, prevent rebellions, and maintain the master-slave power structure. Slaveholders were legally allowed to punish slaves at their discretion, through whipping, beating, branding, bodily mutilation, imprisonment, sale, and even death. Enslaved women were also particularly vulnerable to rape and sexual abuse at the hands of white slaveholders and overseers. Enslaved people consistently resisted this brutality in various ways, including running away, retaliating against their masters and overseers, and even forming armed rebellions.