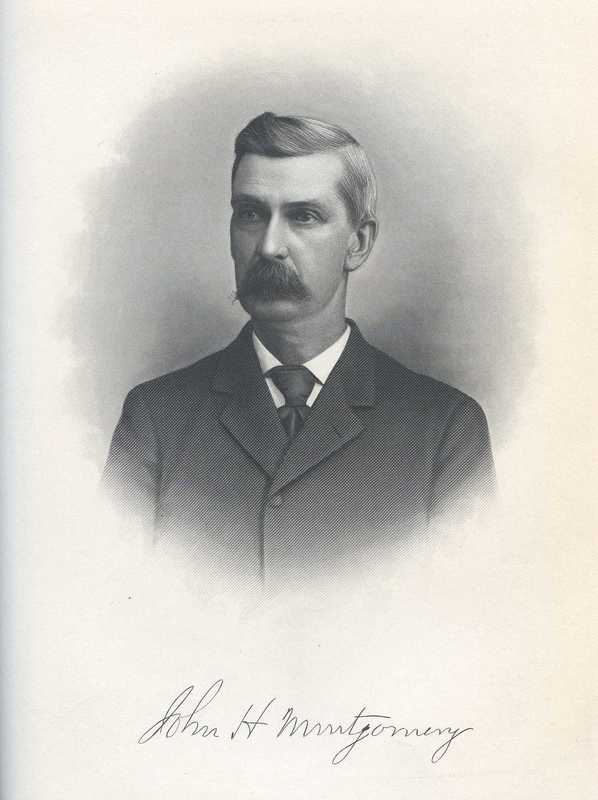 Sketch of John Henry Montgomery, ca. 1900, published in Lamb's Textile Industries of the United States: Embracing Biographical Sketches of Prominent Men and A Historical Resume of the Progress of Textile Manufacture From the Earliest Records to the Present Time, courtesy of HathiTrust. Montgomery and Seth Milliken formed a syndicate that purchased Charleston's cotton factory in 1899, renamed it Vesta Mills, and sought to cut costs by hiring a primarily black workforce.

In 1899, the Charleston Cotton Mills Company was sold at auction by court order. A South Carolina Upstate syndicate headed by J.H. Montgomery of Spartanburg and Seth Milliken of New York bought the mill for a tenth of its original cost and renamed it Vesta Cotton Mills.

The new owners announced that they intended to try using only “negro” labor. Montgomery acknowledged to the Philadelphia Inquirer that in the Piedmont region of South Carolina, hiring African Americans to spin and weave would antagonize white workers, but he felt that in Charleston it could work. For one thing, the city already had a large black labor force, and its major newspaper had come out in favor of hiring black workers. Two years before, when the first African American workers were brought in, the News and Courier had asked, “Why should a people who are skilled in the use of the needle, who help to build our houses and till our fields, who can learn to play the piano and ride the bicycle—why should such a people not be able to learn to mind the machinery in a cotton mill?” It was, of course, a reasonable question, and it led the investors to believe that Charleston was open to change. A man of his time, Montgomery was careful to add that “white men [would] be put in to work in the most important positions.”

As Vesta Mills geared up, there were hundreds more applicants than jobs. Montgomery later told the Philadelphia Inquirer that his managers had asked local black clergymen to screen job-seekers and identify those who were most likely to be “good workers,” by which he meant individuals who would come to work at the factory year round, day in and day out, no matter what seasonal jobs might tempt them with higher wages. The company actively recruited mixed-race applicants, who were thought to have a stronger work ethic; Montgomery later boasted to the Philadelphia Inquirer that “the big majority of our pupil-employees had an admixture of white blood in their veins.” 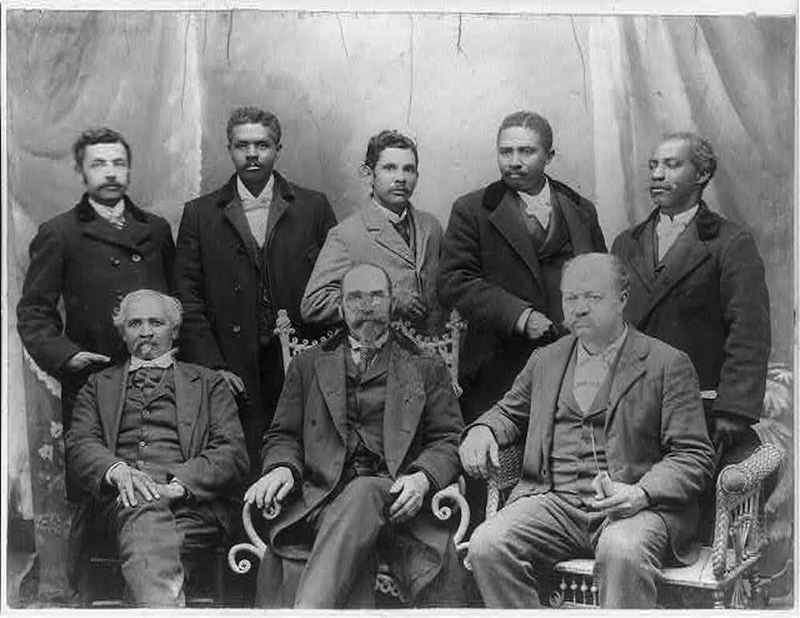 "Board of Directors of the Coleman Manufacturing Co.—the only Negro cotton mill in the U.S.," ca. 1899, Concord, North Carolina, courtesy of the Library of Congress, Prints and Photograph Division. Concord's cotton mill was one of the few that was owned and managed by a black board of directors, as well as run by black operatives. Black-owned enterprises were considered a business risk; banks often refused to lend them money during this period, and there were not enough black investors to provide ongoing financial support.

Whites objected that hiring people of color would lower wages for everyone. “We maintain that it is against public policy, against the elevation of the labor of the south, against the interests of the white people generally, to insert the wedge of negro competition into the cotton mill industry,” declared the Columbia State. The News and Courier dodged the subject, but newspapers elsewhere, including the Philadelphia Inquirer, reported that a group of Massachusetts stockholders in the new Vesta Mills had forced the issue of using “negro labor” in order to reduce costs. The company denied it, though of course that was exactly what it had done. And the workforce was apparently never entirely black. According to one account from an eyewitness, at least a third of the Vesta Mills operatives were white, though the races were segregated.

By 1899, rumors spread that the enterprise in Charleston was again failing, and that  Vesta Mills would be moved elsewhere. President Montgomery denied there were problems and insisted the workforce experiment was going well. “Running a mill is not like running a farm,” he said. “The hands have to be trained and to do this it takes some time. We can’t take negroes out of the streets, put them at looms and expect them to operate [them] the first day or first week. . . . . [T]he Vesta Cotton Mills will never be moved out of Charleston.” In February 1900, the company announced that their gamble was paying off. To back up their words, they invested in new machinery designed to manufacture higher-grade cloth. They also disclosed that the company had purchased property on Drake, Blake, and Bay streets as a site for more company houses and apartments, enough to amount to a small mill village. In July 1900, according to the Fort Worth, Texas Morning Register, Vesta Mills employed 425 black women and children. But the company did not last long enough for the additional tenant housing to be completed.