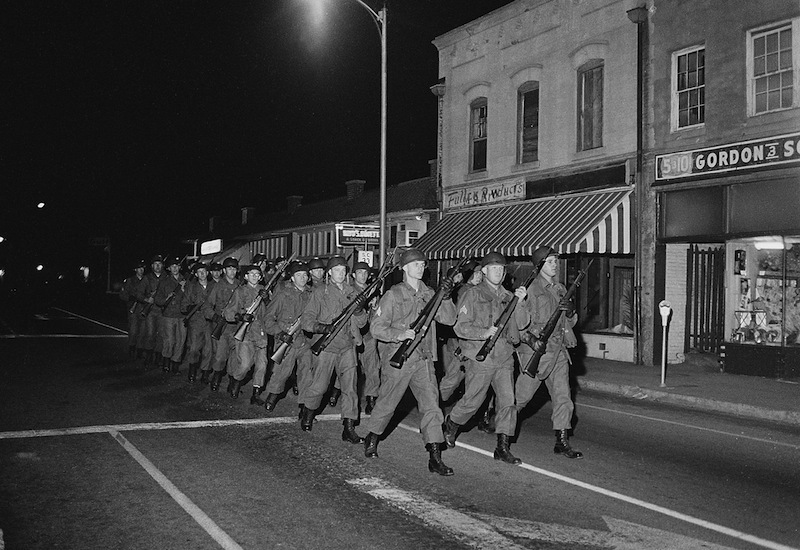 By early evening on Thursday, February 8th, South Carolina State College was on lockdown. Patrolmen, members of the National Guard, local deputies, city police, and agents from the South Carolina Law Enforcement Division (SLED), all surrounded the campus. A group of students assembled at the front of the campus to face off against these armed forces. They sang, chanted, and gathered around a bonfire they built to keep warm throughout the frigid evening. A fire truck, escorted by a group of patrolmen, was called in to put out the bonfire (some believed bonfire flames were getting too close to a power line).

Around 10:30 p.m. patrolman David Shealy was struck in the head by a bannister removed from a nearby house. About five minutes later, nine patrolmen fired on the group of protesting students while moving up an embankment and onto the campus. Most of them carried 870 Remington 12-gauge pump shotguns loaded with double ought buckshot. Twenty-eight men and women were wounded, and three men died from these gunshots. Samuel Hammond died at 11:20 p.m., Delano Middleton at 1:10 a.m., and Henry Smith at about 1:35 a.m.