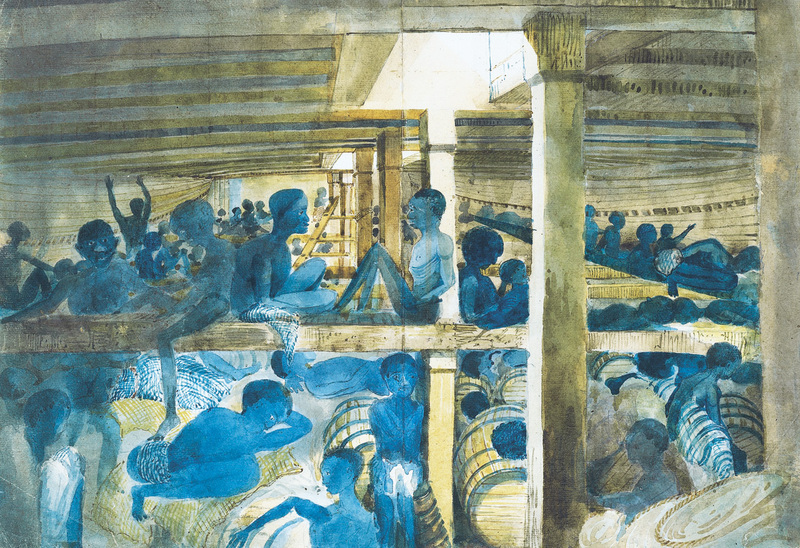 The hold of a slave ship captured off the Congo River, painting by Francis Meynell, 1845, courtesy of the National Maritime Museum, London, United Kingdom.

The verdicts in the Echo trials are best explained by the power of white popular opinion in the years before the Civil War. They indicate just how deeply pro-slavery radicalism and opposition to federal restrictions on slavery had taken root in parts of the South, particularly in Charleston. These sentiments, bolstered by Spratt and his acolytes during the trials, dictated that the slave traders must be set free despite overwhelming evidence of their guilt. As they were released, the Carolinian proclaimed triumphantly: “Public sentiment is supreme over federal power.”

This episode had broader implications too. From the Echo’s arrival in Charleston to Townsend’s acquittal, local and national newspapers reported the case, further exposing widening sectional fissures over the future of slavery in the United States. Although the North was not wholly anti-slavery, and even tolerated the illegal slave trade operating from New York City, most northerners were horrified by the idea of reopening the importation of slaves to U.S. shores. They were further angered by southerners’ open rejection of federal authority on the issue of slavery. To most northerners, southern pro-slavery radicalism was a menace to their cherished free labor system and the Union. In contrast, many white southerners viewed northern abolitionism as a menace to their own regional economy. In 1861, just a few years after the Echo trials, these divergences led thirteen southern states to abandon the Union, sparking the Civil War. Northern victory in this conflict ended both the illegal slave trade and the enslavement of all African Americans in the United States.

← The Echo Trials
Interactive Map: Voyage of the Echo →