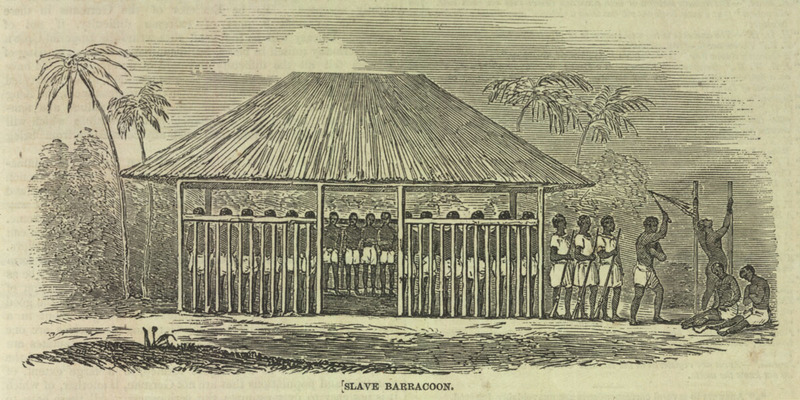 "Slave Barracoon, Sierra Leone, 1840s," in The Illustrated London News, April 14, 1849, courtesy of the Virginia Foundation for the Humanities and the University of Virginia Library.

Six weeks later the newly renamed Echo appeared off the coast of northern Angola. Almeida went ashore while the brig retreated out to sea to evade the anti-slave trade vessels patrolling the African coast. Almeida sought a barracoon, probably the one run by the Brazilian slave dealer Guilherme Correa, a favorite correspondent of the Portuguese Company. Almeida inspected the enslaved Africans’ mouths, eyes, and bodily cavities for signs of disease. He struck a deal for a cargo of 450 captives. The price was calculated in cloth, a traditional trade good on the Angolan coast. The Echo captives averaged a price of six yards each, a low price compared to the legal era when demand for slaves on the West Central African coast had been much higher.

Newspaper reporters who met the Echo Africans in Charleston, South Carolina believed they had originated from within five hundred miles of their Atlantic departure port, Cabinda, on the Loango Coast of West Central Africa. More slaves embarked illegally from West Central Africa than any other African region after 1850, and Cabinda played an increasingly prominent role in the traffic. According to one witness, the Echo Africans were mostly “Kabendas,” “Congos,” and “Muscongos.” These ethnic groups resided near the Congo River, which dominated the region’s geography, society, and economy. Those who lived along this river were probably fishermen and petty traders; those from nearby open or forested landscapes were agriculturalists (typically women) and hunters (typically men). The captives spoke Kivili, Kiyombe, or Kiwoyo, which are distinct dialects, but all Bantu in origin. This meant that unlike the often ethnically and linguistically diverse cargos of the legal slave trade, the Echo Africans could probably communicate easily with one another during their ordeal.

Most of the slaves destined for the Echo were taken from their home communities through sale or kidnapping. According to a reporter in Charleston, over half of the survivors were children and teenagers, and three quarters were male. These figures are in keeping with nineteenth century patterns and are best explained by regional socio-economic and cultural factors. In West Central Africa, women were less likely to be sold by African traders because they were important agricultural producers and cemented communities through marriage alliances. Likewise, adults were less vulnerable than children and teenagers, both to sale during the region’s frequent food shortages, and to capture during slaving raids by neighboring states. 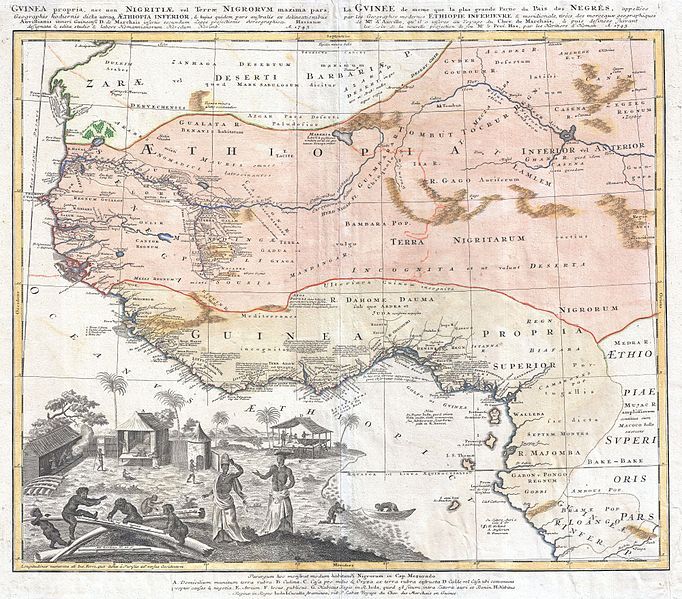 In an 1858 letter to the Admiralty, British anti-slave trade patrol commander Charles Wise describes how captives like those on the Echo would have trekked to the African coast: “In chained gangs, the unfortunate slaves are driven by the lash from the interior to the barracoons [prisons] on the beach.” “There,” he continued, “the sea-air, insufficient diet, and dread of their approaching fate, produce the fatal diseases.” The Echo’s captain, Edward Townsend, visited the Echo-bound captives’ barracoon before the return voyage, and noted that their “confinement was terrible.” These harsh conditions stemmed from illegal slave dealers’ economic imperatives. Since dealers were not guaranteed a market for their slaves in the illegal era, they sought to limit their costs by withholding food and medicines. Moreover, slaves were relatively inexpensive at this time on the Loango Coast, so those who perished were easily replaced. Ultimately, these factors led to higher slave mortality rates on the African coast in the illegal era compared to the legal era, and to similar comparative rates during trans-Atlantic crossings, despite illegal passages being generally quicker due to improvements in shipping technology.

The Echo arrived at Cabinda on June 30, 1858, after a three-month voyage from New Orleans. Within a few hours of arrival, African boatmen delivered 450 captives to the 200-ton brig. The Echo’s crew forced the men and older boys into one hold, and the women, girls, and the youngest males into another. Because illegal slave traders sought maximum profits from high slaveprices in Cuba, they packed more slaves aboard their vessels compared to the legal era. Each Echo captive was allotted a space about the size of a coffin. Since the holds were only forty-four inches in height, all but the youngest captives could not stand, except during rare moments when they were allowed on deck during the voyage.

Almost a year later, at the Echo crew’s trial in Charleston, James Conner, the attorney representing the U.S. government, noted that at one point in the voyage the captives had rebelled against their captors. Although there is no further information on this uprising, historians have discovered trends concerning rebellions on slave ships that provide some background for this event. Uprisings occurred on about one in ten voyages across the legal and illegal slave trades, although they were less frequent in voyages embarking from West Central Africa. Most uprisings occurred early in the trans-Atlantic voyages, and forty percent occurred at night. Since uprisings required coordinated action, they suggest the formation of a group identity during the Middle Passage, despite the often-diverse African origins of captives. Still, according to Conner, like almost every shipboard slave rebellion during both the legal and illegal periods, the Echo uprising was swiftly put down. Successful rebellions like that aboard the Amistad in 1839 were rare.

In total, 137 of the original 450 captives who embarked from Cabinda (thirty-three percent) died during the six-week passage. This mortality rate was high for the illegal slave trade, but it was not exceptional. Most perished from malnourishment and bowel conditions such as dysentery. When these deaths occurred, the crew simply dumped bodies overboard without ceremony. For the surviving Africans, this practice was particularly distressing because they recognized funeral rites as the path for souls to rejoin the living world. 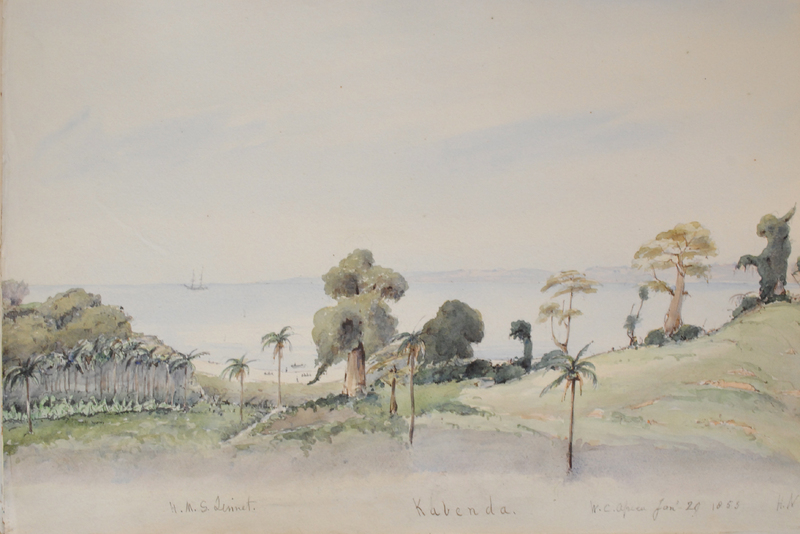 ← The Echo Slave Traders
Interception of the Echo →