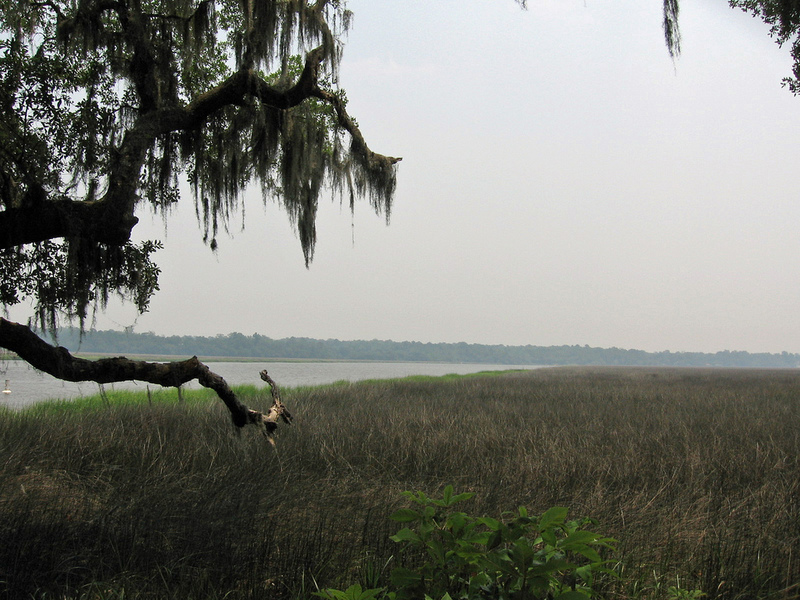 View of the Ashley River near Charleston, South Carolina, image by Anne G. Dolescum, June 2011. Nat Fuller was born in 1812 on a plantation along the Ashley River, an area with dozens of rice and indigo plantations. The experiences of enslaved plantation workers often differed from those of enslaved cooks, domestic workers, and craftsmen living in the urban environment of Charleston.

Historical evidence of Nat Fuller’s prolific culinary career is abundant in Charleston newspaper accounts, menus, and receipts—but only after he negotiated the ability to become a public marketer and caterer with his owner, William C. Gatewood, in 1852. Details about his early life as a slave are more difficult to locate. According to his 1866 death certificate, Fuller was born in 1812, and was most likely the child of an enslaved woman and an elite Lowcountry planter. Based on the last name “Fuller,” his father may have been one of the Fuller brothers of Charleston—Christopher, Benjamin, or Thomas. For the first few years of his life, Fuller grew up on a plantation in St. Andrews Parish, presumably with his mother, across the Ashley River from Charleston. 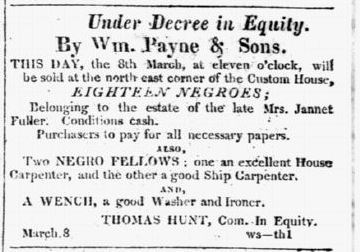 Advertisement for the sale of "Eighteen Negroes" belonging to the late Mrs. Jannet Fuller, City Gazette, Charleston, South Carolina, March 8, 1821, courtesy of America's Historical Newspapers. Nat Fuller may have been one of the eighteen slaves sold at this auction.

Fuller did not remain there long—he was sold multiple times as a child, possibly as one of the eighteen slaves advertised for auction in the City Gazette from the estate of Jannet Fuller in Charleston in March 1821. Fuller would have been eight or nine years old at the time. Perhaps at that auction Colonel Daniel Stevens purchased Fuller. In early 1827, Stevens sold Fuller to Robert Dorrill. For unknown reasons Dorrill was dissatisfied with Fuller, and he initiated legal proceedings to return his new purchase to Stevens. The two slaveholders negotiated an arrangement where Fuller would be sold at public auction and the cash value turned over to Dorrill. The auction occurred in early August of 1827, when Fuller was fifteen years old.

Selections from “Sheriff’s Sale,” Charleston Courier, Charleston, South Carolina, August 6, 1827, courtesy of America's Historical Newspapers. Nat Fuller and four other enslaved persons were advertised for sale in the Charleston Courier, along with plots of land and "Sundry articles of Grocery and Crockeryware."

William C. Gatewood, a twenty-year-old lottery agent from Virginia, purchased Fuller at this auction. Gatewood harbored commercial and social ambitions for Charleston society. As a financier rather than a planter, he sought to establish a year-round residence in the city and increase his social status by training Fuller as a butler and gourmet cook, so that he could host prominent Charleston citizens in his home. This rare training opportunity for a young enslaved man eventually launched Fuller’s culinary career.