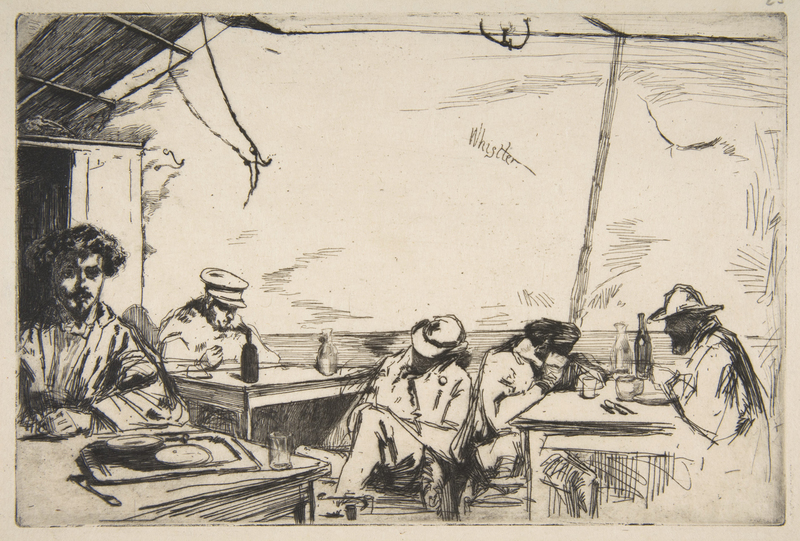 Soupe à trois sous, sketch by James McNeill Whistler, 1859, courtesy of the Metropolitan Museum of Art. By the mid-nineteenth century taverns and restaurants were important social spaces in European and American cities. In southern cities, like Charleston, restaurant patrons were primarily white men.

In the early nineteenth century, various forms of public houses prospered in American cities, but they were often divided by gender or family groups. The inn and the hotel accommodated families; the confectionery store and the luncheon restaurant sought women’s trade; and the saloon, the tavern, and the full restaurant were spaces for men. The coffeehouse also began as a male enclave, but by the mid-nineteenth century, the Europeanization of the American coffeehouse into the “café” meant a shift towards catering to both men and women. 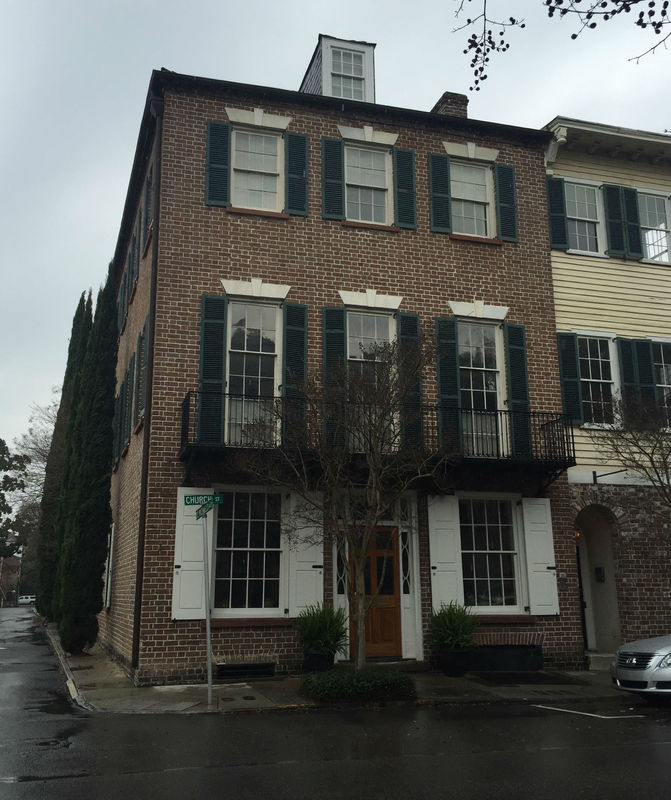 The social landscape of Charleston on the eve of the Civil War in 1860 featured many of these types of establishments, particularly restaurants and taverns that catered to white men by offering alcohol, cigars, billiards, meals, and various forms of entertainment. When Nat Fuller opened his restaurant, the Bachelor’s Retreat, in October 1860, he made certain that his old clients knew that he planned to join this male-dominated social context. Fuller’s advertisement read, “The Bachelor’s Retreat, corner of Church Street and St. Michael’s Alley, is a select and favorite resort for gentlemen who desire lunches, meals or refreshments at any hours.”

Fuller’s clients were primarily white men. Blacks could purchase food from his restaurant, but they did not dine in his facility. Instead, Fuller sought to market his restaurant to young white bachelors, and as a meeting space for the elite all-white male societies and clubs he knew from his catering business. This practice of racial segregation was often customary at many of Charleston’s public establishments, but not legally required, as it would become under Jim Crow segregation starting in the late nineteenth century. Soon after Fuller opened his restaurant, the Charleston Chamber of Commerce adopted the Bachelor’s Retreat as its regular meeting place, and the Medical Society of South Carolina held its anniversary meeting at the restaurant on December 10, 1860. The Society of the Cincinnati and The Fellowship Society also made the Bachelor’s Retreat their regular meeting space. After the Civil War broke out in 1861, the bachelor clientele began to dwindle in Charleston as young white men enlisted to join the fight. Still, the Retreat’s primary connection with young men in the city made it a favorable site for Confederate recruitment. Colonel James Lawrence Orr, for instance, recruited much of the manpower for his Regiment of Rifles at Fuller’s restaurant. 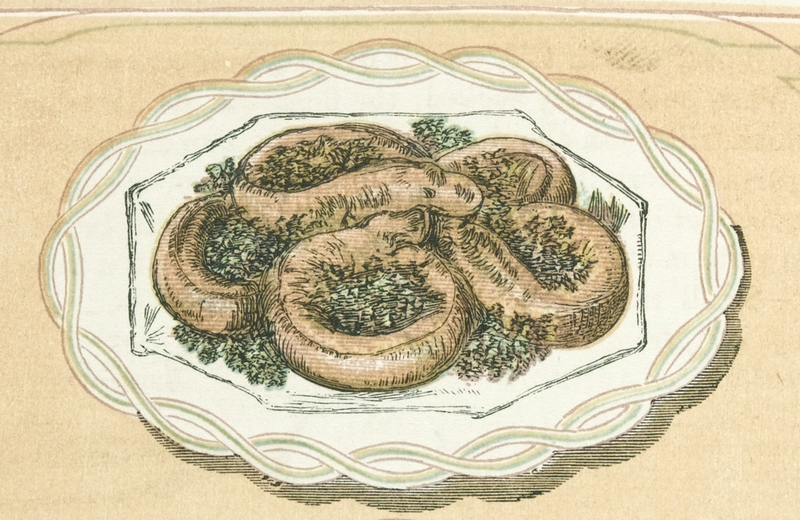 Fried whiting, detail from The Book of Household Management, edited by Isabella Beeton, 1861, courtesy of the Wellcome Library. Nat Fuller advertised fried whiting, or fish, as one of the first meals of the day offered at his restaurant.

With the disappearance of his main client base, Fuller had to adjust his mission, and began seeking families and drop-in diners. He expanded his hours of meal service from 6:00 a.m. to 5:00 p.m., though the evening hours remained reserved for those societies that remained operative in the city during the war. As one reporter noted in the Charleston Courier in 1863:

An excellent breakfast can always be obtained
between the hours of six and eleven a.m., at
the Bachelor’s Retreat. . . A good lunch and
oysters constantly on hand, and furnished any
hour through the day. Travelers or others desiring
it will be supplied with an early dinner from
10 a.m., and a regular meal from three to five
o’clock. Everything will be served up in the best
style directly from the heating furnaces, and
worthy of the reputation of the Retreat.

No bills of fare survive detailing what Fuller served in the way of breakfast—he may have offered rice waffles, johnny cakes, or quick breads, which were popular dishes at the time. Two dishes did appear in his advertisements that were associated with the first meal of the day at the time: shrimp pie and fried whiting. His famous soups were made available at 11:00 a.m. each morning. In the summer, Fuller served what was then a staple of American fine dining: green turtle soup. A a writer for the Charleston Mercury in August of 1863 observed, “Turtle Soup, as prepared by Fuller, was at any time a luxury, but in these days of the blockade it is a most exquisite one.” Fuller prepared both Cooter Soup and Terrapin Soup with the turtle eggs. Customers would often secure containers of soup and sometimes turtle steaks when a particularly large turtle had been shipped from the Caribbean.