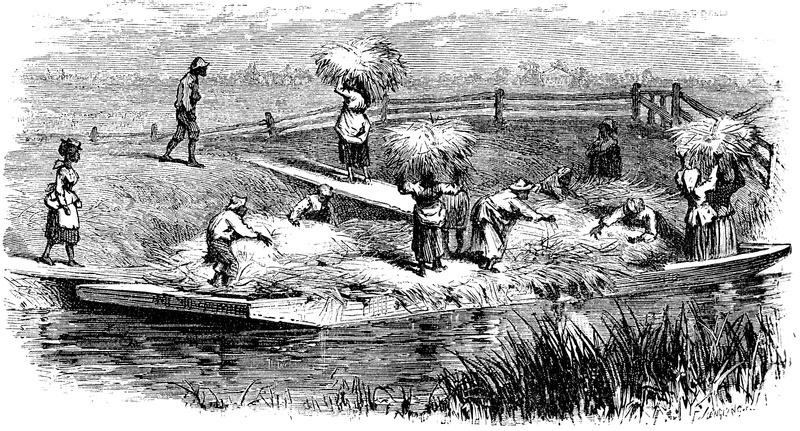 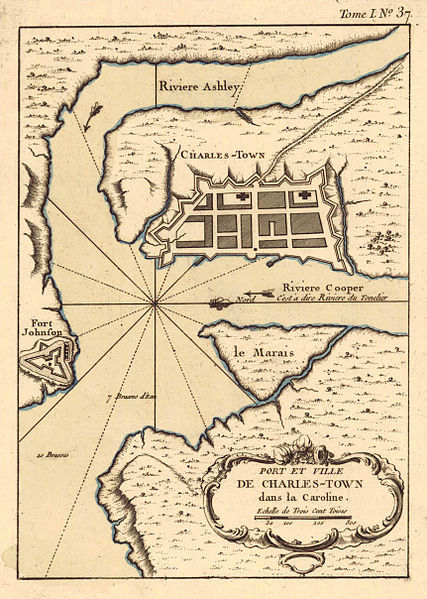 Increase in Rice Output
The Lowcountry’s inland rice economy expanded significantly in the second half of the eighteenth century. After an economic depression for twenty-one years stemming from various factors, including King George's War (1739-1748), the Stono Rebellion (1739), yellow fever (1739, 1745, 1748, 1758) and smallpox (1738, 1758, 1760) epidemics, the South Carolina rice market again began an upward economic and manufacturing cycle in 1760.

A combination of domestic and international factors increased the value of rice in the second half of the eighteenth century, spurring an increase in Lowcountry rice production. Shipping increased between Europe and North America after the end of King George's War in 1748. In addition, European demand for rice grew dramatically after a series of poor grain harvests in Europe in the late 1760s. This motivated the British Parliament to remove tariffs and import more of South Carolina’s dominant cash crop. Between 1760 and 1775, South Carolina rice exports to England increased by fifty percent. This economic growth led to enhanced infrastructure and cultivation development for Lowcountry inland rice plantations. 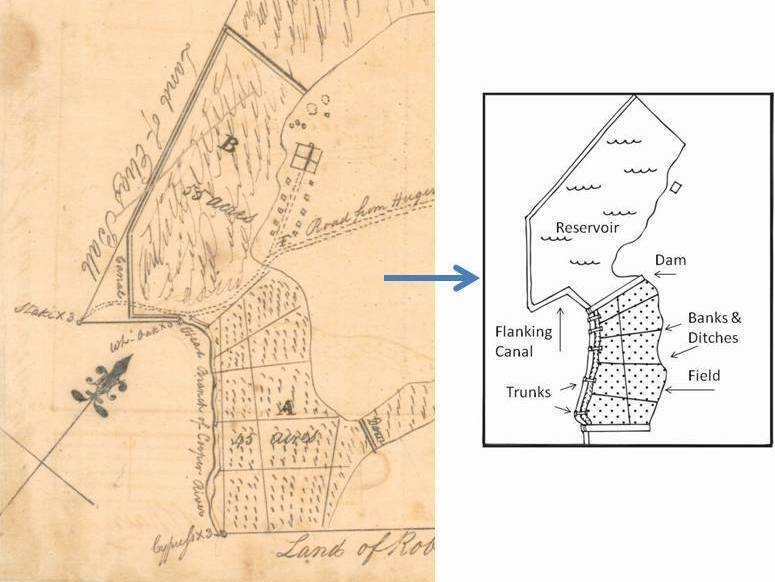 Inland rice fields used as a reservoir and irrigation system to regulate water supply, situated in the floodplain swamp at Windsor Plantation, Charleston, South Carolina, 1790, plat courtesy of Charleston County Register of Mesne Conveyance, and schematic image by Lillian Trettin. Note the flanking canal on the left side of the reservoir and fields.

Flanking canals−dredged waterways that abutted exterior field embankments−provided a solution to these problems. Planters referred to flanking canals as “wasteway” or “washway” drains. The canals stretched the length of the field system, and channeled out excess water. Rice cultivators accomplished this water redirection by inserting trunks between the flanking canal and the upper and lower portion of each field division.

Water would enter the field through the upper trunk and drain out of the field through the lower trunk. This adaptation allowed trunk minders to irrigate fields without having to manage each water flow division simultaneously. The flanking canal also served as a gutter to capture any downward flowing water from higher ground to the fields. Flexibility to control water was essential when rice fields were on different cultivation schedules. Trunk minders could add or remove water as they saw fit without having to disrupt flooding stages in adjoining fields. 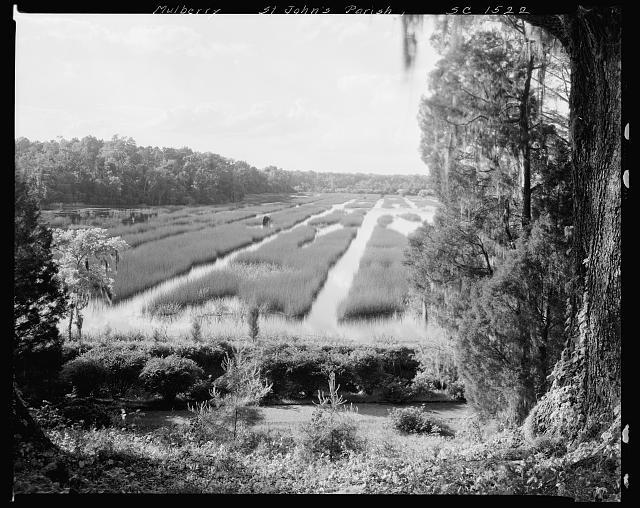 The staggering of flood schedules avoided possible depletion of impounded water, as springs and creeks could recharge the reservoirs before the next flood cycle. As eighteenth century attorney Timothy Ford explained, “Every planter has his reservoirs or ponds of water which are attended by drains and ditches that he can at any time set his plantation afloat . . . [the planter] must know more from his own judgment and observation than anything else, when, how often, and how long his fields must be under water.”

Planters situated their rice fields in relation to the low-lying topography, which dictated the slaves’ positioning of the flanking canal. In 1725, for example, Patrick Roche ordered twelve enslaved laborers at Windsor Plantation to sculpt fields out of the Nicholson Creek cypress bottomlands. Nicholson Creek’s meandering channel passed the western boundary of Fishbrook Field, separated by an earthen embankment. Roche’s slaves altered the natural watercourse of the creek by embanking a fifty-five acre division and channeling the water toward a flanking canal. An upstream field division also impeded the natural watercourse with an earthen dam and redirected the creek around the western perimeter.

A variation on this system consisted of two canals, flanking the fields on each side. Dual canals increased the efficiency of moving water around fields during freshets and also provided additional flexibility in flooding and draining individual divisions. Flanking canals varied in length and width, relative to the size of the plantation watershed and rice fields. John Coming Ball’s Back River Plantation, for example, utilized a fifty-foot wide northern flanking canal as its reservoir, while the southern flanking canal drained impounded water off the fields. 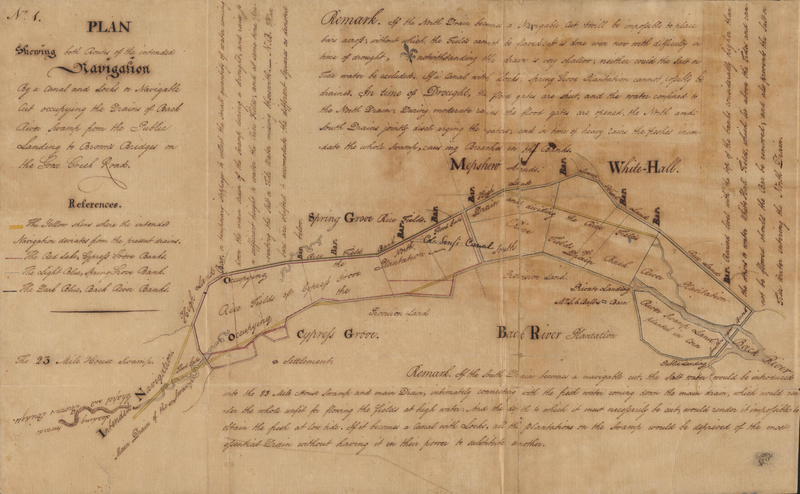