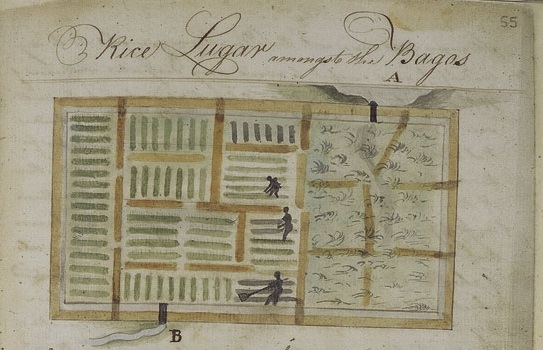 Selection from an illustration and description of Baga rice cultivation from Captain Samuel Gamble's log on the slave ship Sandown, 1793-94, courtesy of National Maritime Museum. This drawing demonstrates how West Africans from rice-growing regions built embankments into wetland landscapes for rice cultivation. 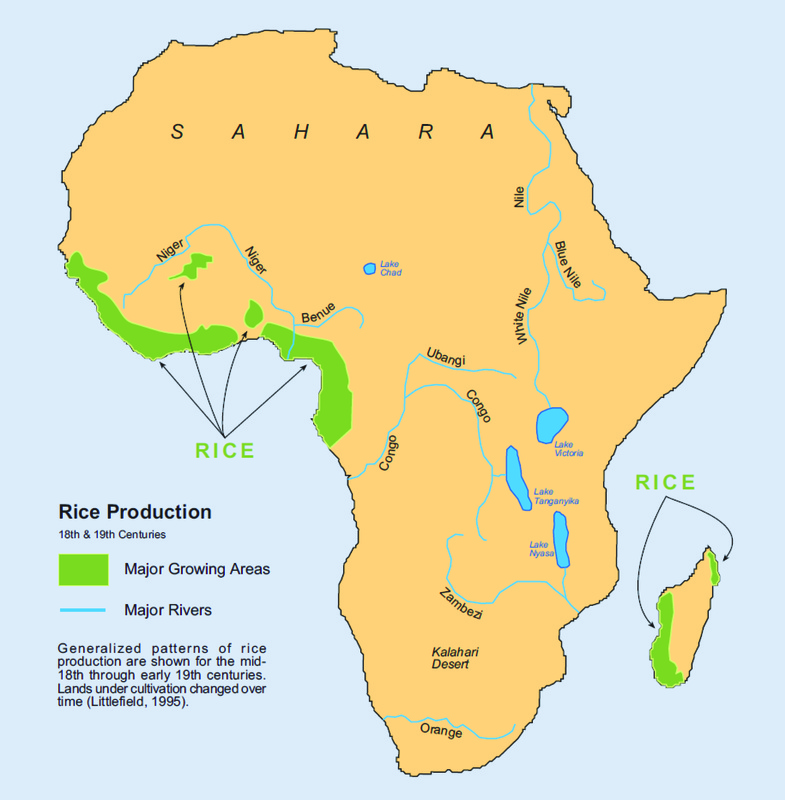 Generalized patterns of rice production in Africa in the eighteenth and nineteenth centuries, 1995, courtesy of the South Carolina Geographic Alliance.

Early English settlers in Carolina initially used a mixed labor force (enslaved Africans, American Indians, and European indentured servants) to grow rice in a “providence” style on savannas and small stream floodplains. This method resembled typical English farming practices of tilling the soil and sowing seeds, where the crop depended on the dampness of the soil from rainwater or freshets (flooding) to grow. Colonial settlers soon found that this providence style of cultivation was not effective in the Carolina Lowcountry. Laborers could not plow the land following the English method because stumps and roots hindered initial tilling. In addition, early rice cultivators in Carolina encountered significant competition with unwanted vegetation that suffocated the crop by draining sunlight and nutrients. Without methods to eradicate these weeds, such as controlled flooding and weeding, the providence practice became “more drudgery and charge than it was worth,” in the opinion of early colonial planter John Stewart.

Different methods for cultivating rice in the Lowcountry most likely came to South Carolina from West Africans forced to the colony through the trans-Atlantic slave trade. In the seventeenth century, enslaved Africans in Carolina were primarily trans-shipped from the major Caribbean trade destination of Barbados, which acquired Africans from various parts of West and Central Africa. By the turn of the eighteenth century, increasing British access to the trans-Atlantic slave trade in West African ports led to growing numbers of enslaved Africans arriving in Carolina and other British colonies directly from rice-growing regions of West Africa. These African captives arrived with their own cultural, social, and economic traditions relating to the production and consumption of food. Cereals (such as rice, millet, and sorghum), yams, black-eyed peas, sesame (benne), muskmelons, okra, and Guinea squash were all subsistence crops transferred from West and Central Africa to English New World colonies, including Carolina. Rice was just one of many staples transferred through the Middle Passage that appeared in the subsistence gardens of African slaves in the New World. 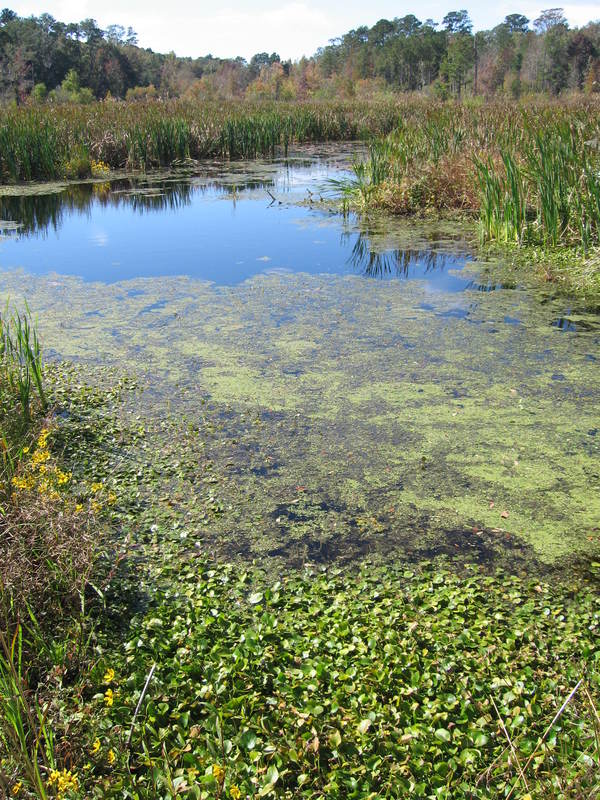 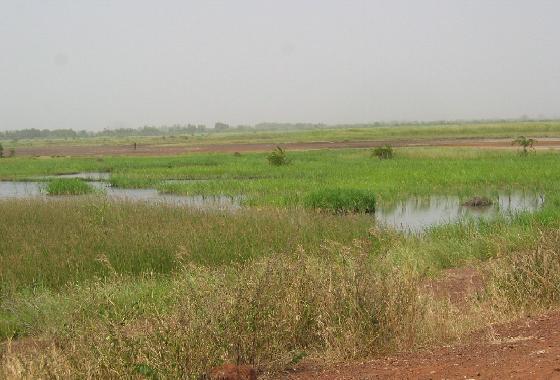 Wetlands near the Gambia River, the Gambia, West Africa, 2003. Enslaved Africans from rice-growing regions in West Africa would have been familiar with wetland landscapes and agricultural techniques when they arrived in the South Carolina Lowcountry through the trans-Atlantic slave trade.

Early plantation settlement patterns featured the planter’s residence and enslaved houses built close together on highland knolls or ridgelines. The Lowcountry topography included highland swells—caused by Pleistocene deposits and resulting erosion—that created a landscape of high land surrounded by bays, streams, creeks, and rivers. Carolina planters who practiced the task system allowed enslaved Africans access to wetlands and small-stream floodplains for their own subsistence agriculture. The proximity of plantation settlement highlands and low-lying wetlands enabled seventeenth century slaves to construct nearby gardens on the periphery of the plantation, where they often grew rice and other staples.

For West Africans transplanted to the Lowcountry from rice-growing regions, nearby wetlands provided spatial zones for growing rice that were similar to West African wetlands. Relying on cultural memory, these enslaved cultivators constructed embankments where they could grow patches of rice based on West African agricultural practices. When cutting cypress or herding cattle in swamps away from plantation settlements, slaves also noted potential cultivation sites. At times Africans also collaborated with American Indians in their cultivation and exploration, though the American Indian population became increasingly scarce in the colonial period due to disease and warfare. As historian Peter Wood notes, early Africans in Carolina increasingly served as “pioneers,” who navigated through parts of the Lowcountry landscape that European settlers avoided. As more enslaved Africans in Carolina came from rice-growing regions, this grain became one of many subsistence crops they grew on otherwise unwanted land. 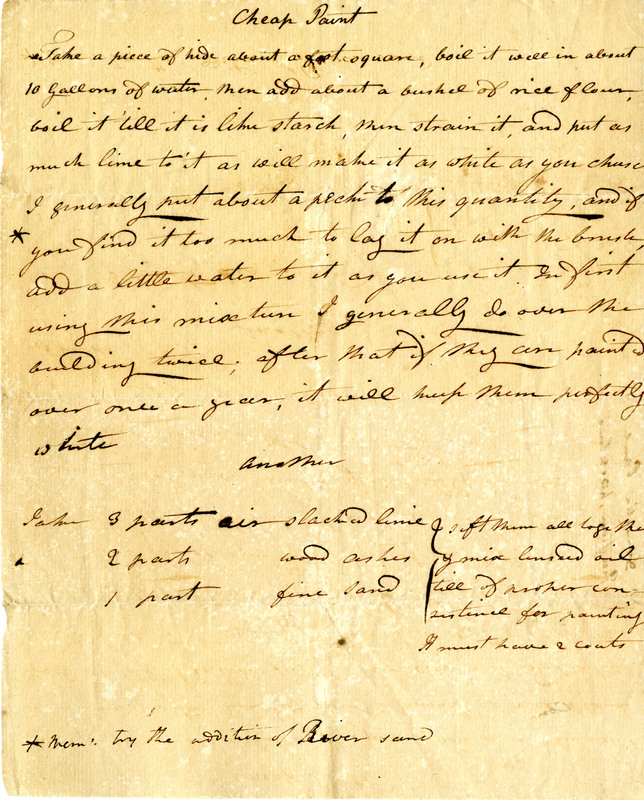 Recipe for "Cheap Paint" made with rice flour and lime, ca. 1790-1821, Thomas Pinckney Papers, courtesy of the South Carolina Historical Society. Rice proved to be a versatile crop in the Carolina colony because it could be used in various forms for food and drink, animal feed, and in this case, even paint. 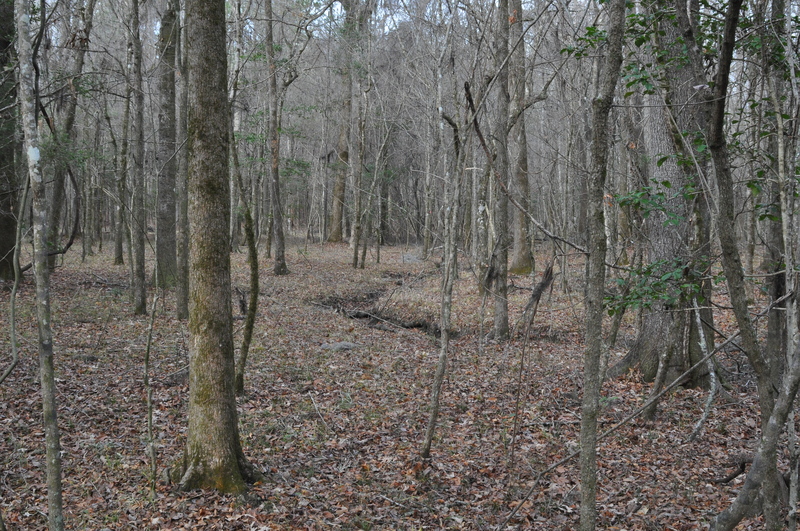 The appearance of rice in the subsistence fields of African slaves coincided with an age of agricultural experimentation by European colonists. Planters attempted to cultivate various plants in the Lowcountry during the colonial period for both subsistence and profit, including rice. By the late seventeenth century, English colonists were beginning to question how best to incorporate rice into their own diet. Colonial planter John Stewart, for example, recommended substituting rice for barley to make beer and ale. South Carolinian colonists gradually incorporated rice, first by subsidizing ground rice flour for wheat and corn to simulate England’s “fine wheaten bread” unavailable in the New World. The grain also provided additional “fodder” for poultry and livestock. The versatility of rice as a food for both Africans and Europeans distinguished it from other plants, such as wheat and oats, grown for consumption and profit. Upland rice cultivation, however, did not produce large yields. Rain-based irrigation combined with sandy upland soil did not provide desirable conditions for growing a crop that demanded significant water flow.

Once European colonists recognized the importance of impounding water to irrigate and remove weeds for cultivating a successful rice crop, a dramatic shift in landscape perceptions and agricultural activity occurred. Rice farming moved from upland and savannah ecosystems down to the cypress-hardwood stream systems. Colonists suddenly saw unlimited potential in swamps and wetlands they once considered “wasteland.” Relying on enslaved labor, they transformed low-lying small-stream floodplains located at the head of creeks and rivers into orderly agricultural zones. The flow of water through wetlands fed the dense vegetation that created the apparent inexhaustible fertility of the South Carolina Lowcountry. As dense vegetation died and decomposed, nutrients accumulated and added to the soil's fertility, which inland rice crops could then exploit. One rice planter described inland swamps as having a “better foundation and soil than any other lands” and “by nature more durable” for cultivation because of the “fine supplies of decayed vegetable, which are deposited while the waters are passing over said lands.”