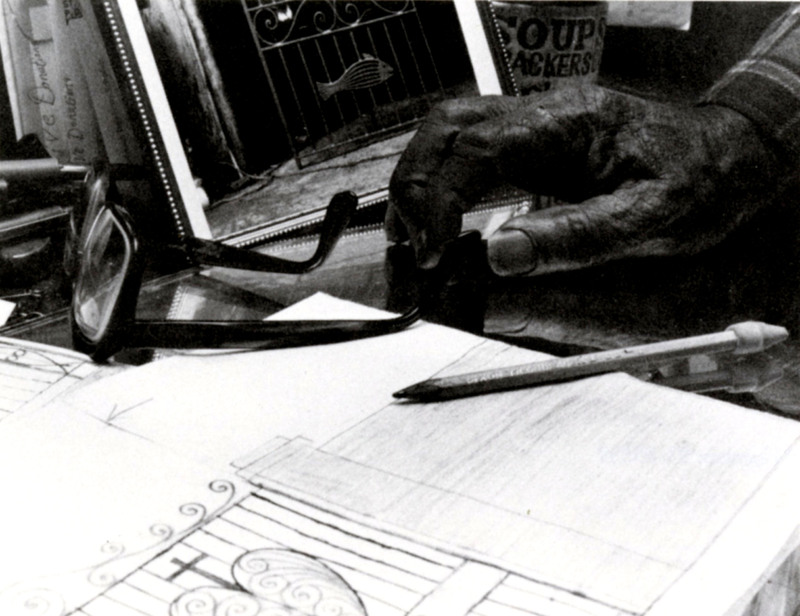 The following essay by photographer Claire Greene includes images from her collection of photography on Philip Simmons's work. A more comprehensive selection of her work is featured in Keeper of the Gate: Designs in Wrought Iron by Philip Simmons, Master Blacksmith, a traveling exhibition available through the Philip Simmons Foundation, Inc.

"Every tradition wows ever more venerable the more remote is its origin. The reverence due to it increases from generation to generation. The tradition finally becomes holy and inspires awe." 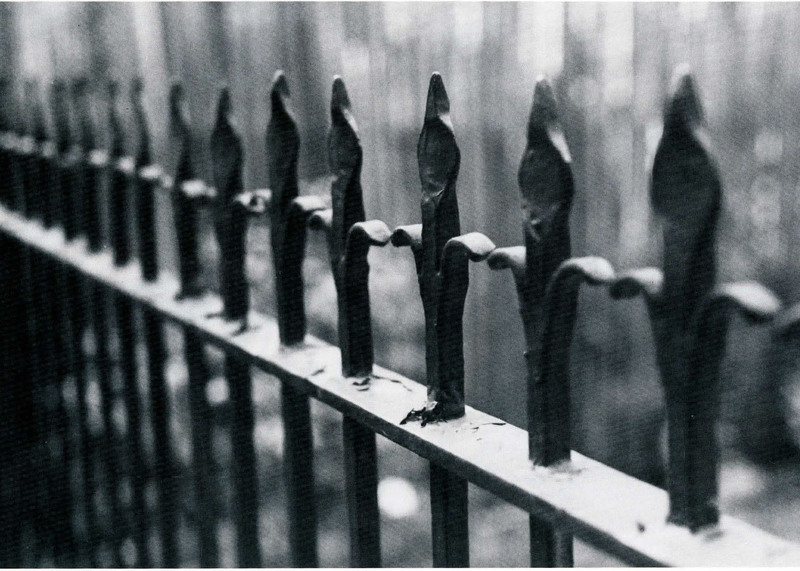 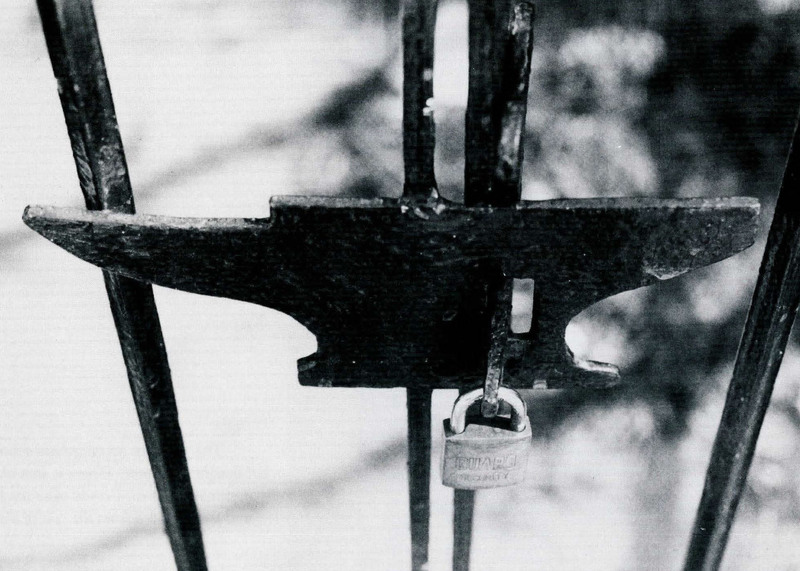 Long before I met him, I knew of him through his work. On some of my daily walks home from school, I can still remember tapping along the iron gates with my pencil. I enjoyed the sound my pencil made against the wrought iron and the change in the rhythm as I walked faster.

Sunday afternoons the family would load into the car for our all too familiar recreational cruise into the affluent sections of downtown Charleston. We admired the beautiful antebellum homes accentuated with wrought iron gates, window grills, and balconies. As a child, I was taken by the grandeur of Charleston, all the while not knowing that the gifted hands of Philip Simmons masterfully created so much of the work I admired.

As an adult who photographed the gates that point gracefully toward the sky with the integrity and simplicity of style that is his alone, I began to realize that Philip Simmons was much more than a craftsman who had mastered a craft. He was indeed an artist who had a unique self-expression. As I walked from street to street and home to home (the paths he had walked), I thought to myself, what might have been his thoughts and feelings? How did a man of African descent build a rapport with his clients that yielded such a thriving business? How did he achieve his artistic reputation?

How did he keep this art form alive? I didn't find the answers to these questions until I met him face to face. His broad smile, sparkling eyes, sincerity and humbleness of heart are likened to rare jewels. 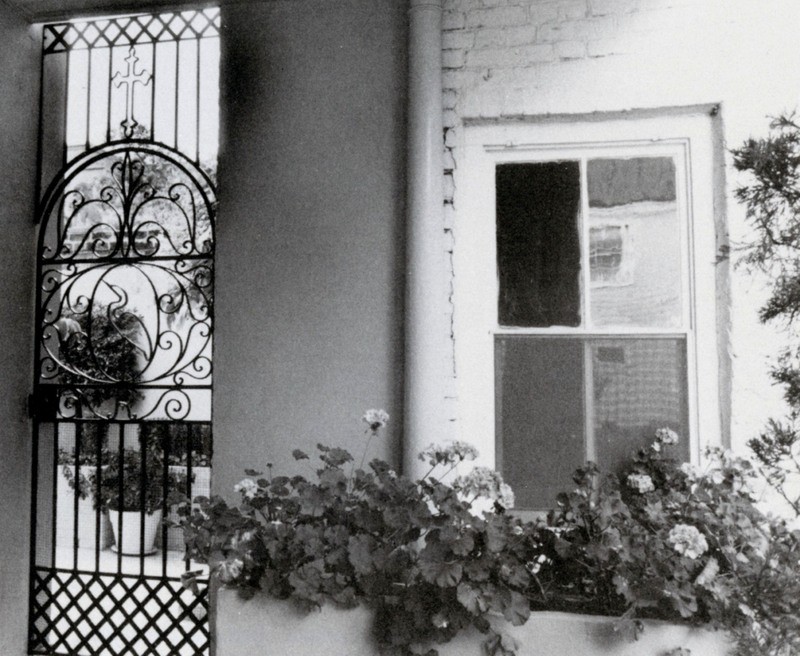 As he shared his stories and his thoughts with me about his work, I began to understand what motivated him. Imagery of the local flora and fauna in many of his designs is a reflection of his love for the Lowcountry and coastal living. Religious icons found in some of his most cherished ornamental ironwork reflect his deep admiration for God and the things he has created. The more we talked I sensed that this craft was more to him than just a way of life. He had a genuine love for his life's profession,and this was the way he chose to share his life with his friends, his neighbors, his community, and ultimately with generations to come.

Each time I see the honeysuckle vines twined around the wrought iron fences and gates which stand stately beneath the sweet magnolia trees, I am reminded of how Philip's work has been subtly but beautifully woven into the tapestry of our daily lives—that charm that is so much a part of Charleston. Like the spirit of the man, his work will endure. I am proud of the heritage we share as Charlestonians and as African American artists. The legacy he has started challenges me to walk behind him, following the vitality of his stride and keeping in step with the enthusiasm in his GAIT.

← Philip Simmons, Keeper of the Gate
Simmons's Ironwork: From Sketch to Finished Product →