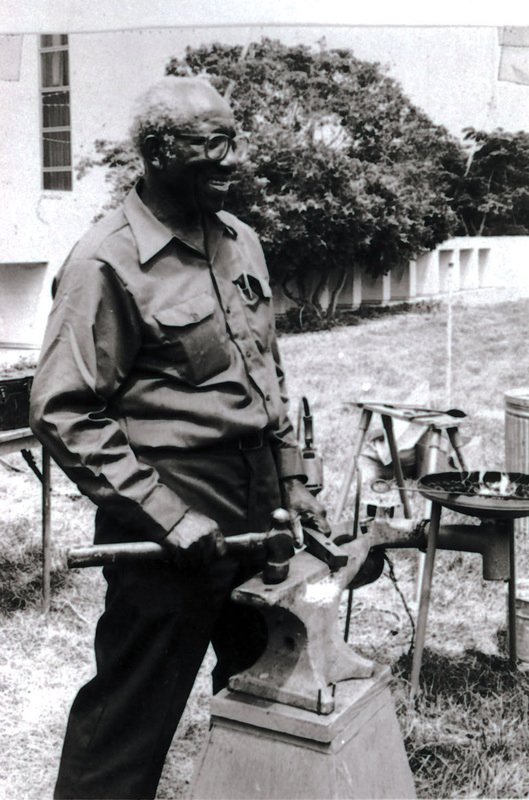 Philip Simmons (1912-2009) was a master blacksmith in Charleston, South Carolina, who became nationally and internationally known for his decorative wrought iron pieces. His craft reflects a long African American tradition of ironwork in the Lowcountry region that developed during and after slavery in the eighteenth and nineteenth centuries. In the twentieth and early twenty-first centuries, Simmons adapted to changing markets by transforming his blacksmithing trade into a source of creative art. Through improvisation, Simmons developed a unique style for his decorative ironwork pieces by insisting that they appear “live.” For his “snake gate,” he created “eyes and fangs” in a pair of wrought iron coiled snakes to give the illusion that they are ready to strike. Egrets on another gate appear as though they are about to take flight, and fish, made from several pieces of metal, appear to be swimming. As a mark of his craftsmanship, Simmons’s ironwork also typically features a distinctively tight “curl” patterned after centuries-old ironworks around the city.

Throughout his career, which lasted nearly eight decades, Simmons created over a thousand separate wrought iron pieces, including gates, fences, balconies, railings, window grills, and smaller decorative pieces such as hearts, letters from the alphabet, and plant hangers. His work can be found on streets throughout downtown Charleston. Even the Charleston International Airport has a gazebo featuring his work in the main lobby, and a freestanding Simmons gate welcomes visitors at the Charleston Visitor Center. 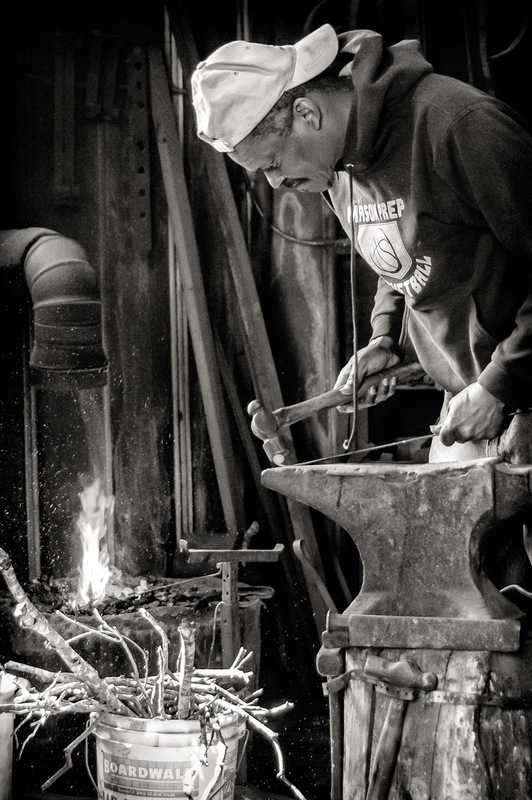 Various national and international locations also feature Simmons’s work. In 1982 the Smithsonian’s National Museum of American History purchased Simmons’s “Star and Fish Gate,” and the Smithsonian’s National Museum of African American History and Culture, currently under construction, will feature a collection of Simmons's works, including a pair of driveway gates from a Charleston home. Also in 1982, the National Endowment for the Arts included Simmons in the first group of recipients for the National Heritage Fellowship Award. He was inducted into the South Carolina Hall of Fame in 1994, became a recipient of the prestigious Order of the Palmetto in 1998, and in 2001 he received the state’s Elizabeth O’Neill Verner Governor’s Award for Lifetime Achievement in the Arts. In 2005, he built the largest commission of his career—the entrance gates to the Matthew J. Perry Federal Court House in Columbia, South Carolina.

After his passing in 2009, Simmons’s home and workshop on Blake Street in the Eastside neighborhood of Charleston became a museum and gift shop. Simmons’s nephew, Carlton Simmons, continues to operate Simmons’s workshop, following his uncle’s tradition while also developing his own unique designs. 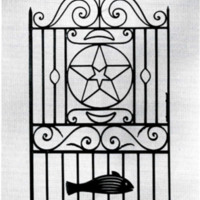 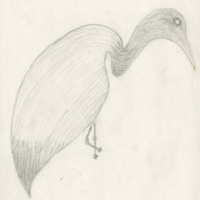 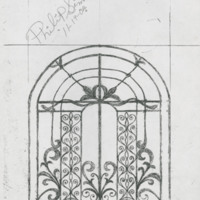 The Black Craft Tradition in Charleston →