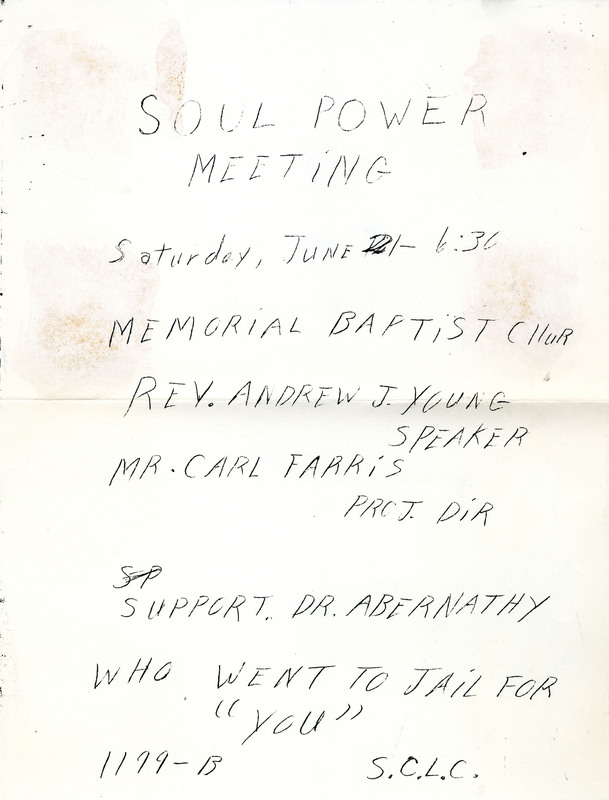 Dozens of labor leaders, civil rights activists, and liberal politicians visited Charleston in the spring of 1969, particularly those stirred by the movement’s blend of “union power” with “soul power.” United Autoworkers president Walter Reuther presented the workers with a ten thousand dollar “first down payment” and promised to send five hundred dollars each week for the duration of the strike. The United Farm Workers of America, led by Cesar Chavez, sent a check for one hundred dollars, while thousands of 1199 members pledged a dollar a week to the cause.

No visit generated as much press and excitement as that of Coretta Scott King, a year after the assassination of her husband during a similar labor and civil rights struggle in Memphis, Tennessee. Wearing a blue and white paper cap like those worn by the strikers, King stood beside her father-in-law, Martin Luther King Sr., and brother-in-law, A.D. King, to address a mass rally at Emanuel AME Church in downtown Charleston on April 29th. 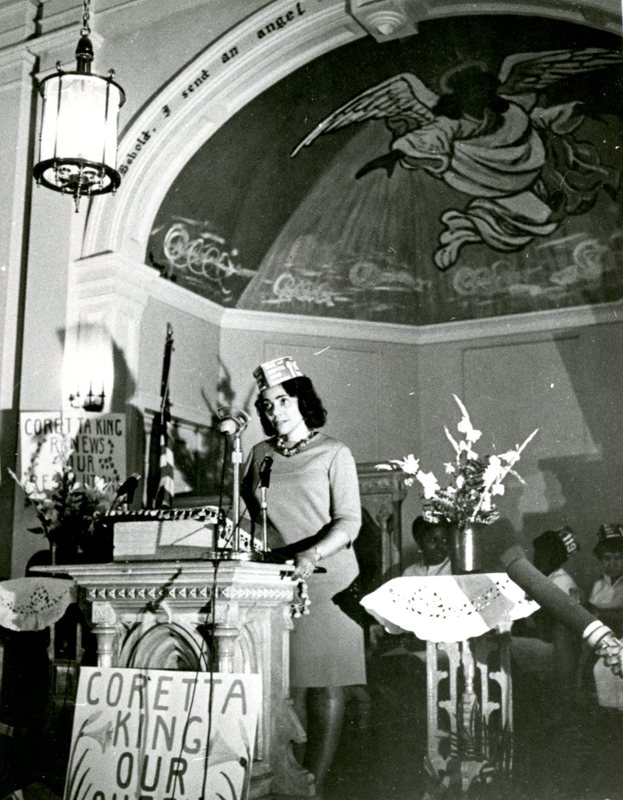 “Hospital workers have been working full time jobs at part-time pay,” she noted in her address, “After all, $1.30 an hour is not a wage. It is an insult.” She then added, “I also have another interest for being here and that is many of the hospital workers throughout our nation are women, black women, many of whom are the main supporters of their families. I feel that the black woman in our nation, the black working woman is perhaps the most discriminated against of all of the working women, the black woman.” King was unable to attend a Mother’s Day protest the following week, during which more than ten thousand people, including five U.S. congressmen, marched from the County Hall auditorium to the Medical College.

Replicating tactics they had honed to combat segregation in dozens of southern cities over the previous ten years, SCLC organized an economic boycott of King Street businesses in downtown Charleston during the strike. They also conducted "shop-ins," in which demonstrators clogged grocery aisles and cash register lines. “This thing is hurting us, but not because of the boycott,” one business owner explained to a reporter. “The fact is, people are just avoiding the area until the trouble blows over.” Marches through the downtown City Market in the spring and early summer disrupted city visitors at the height of the tourism season, putting additional pressure on the city’s leaders to encourage a settlement. 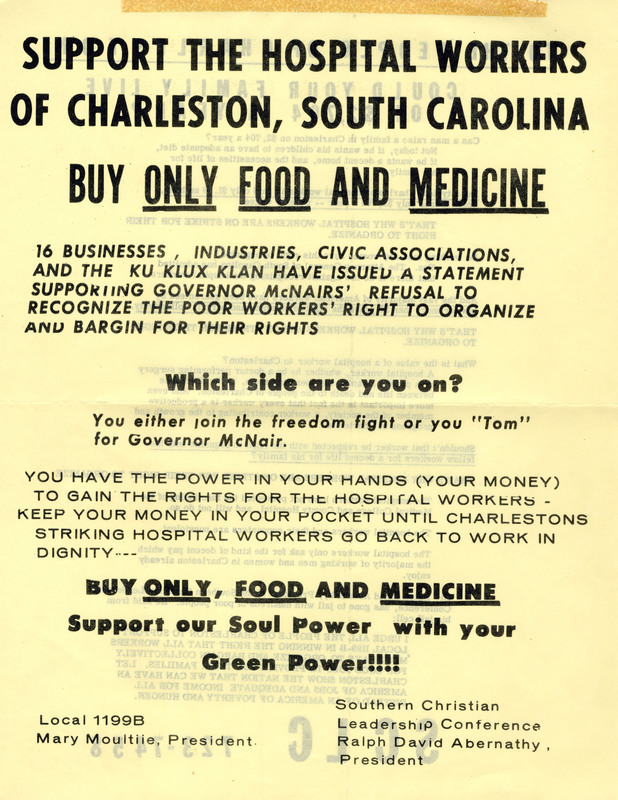