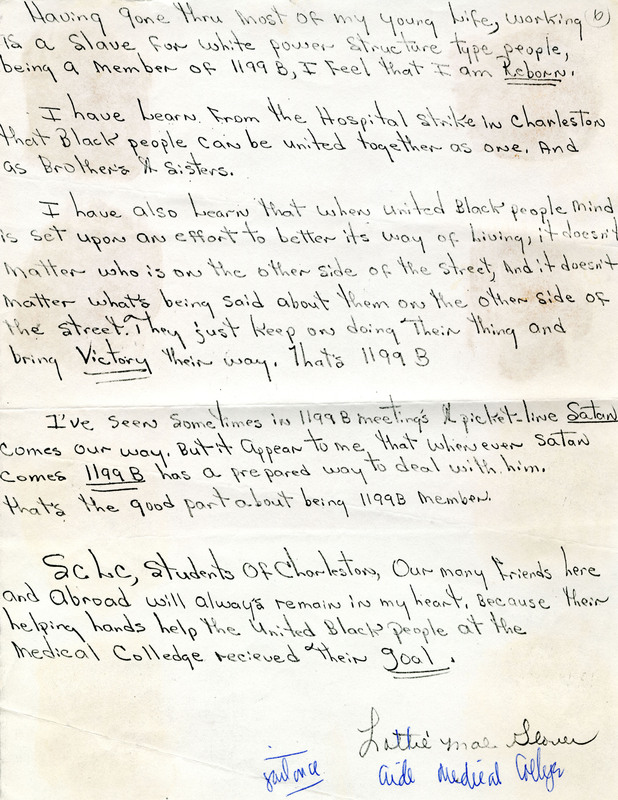 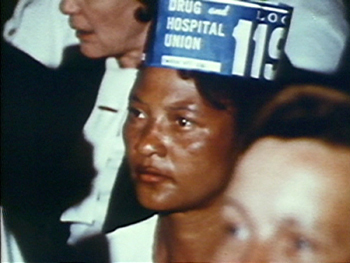 Activists, political leaders, and scholars have hotly debated the strike's legacies. The union and SCLC succeeded in drawing attention to the workers’ plight and marshaling necessary resources to their cause. Low-paid African American hospital workers in Charleston enjoyed pay raises and a more transparent system of hiring and promotion, and they put into check the previously unchallenged authority of a deeply racist institution. As strike leader Rosetta Simmons explained, “we gained recognition as human beings.” The strike also forced hospital administrators to accelerate efforts toward desegregation, modernization, and professionalism. The new grievance procedure, however, fell short of its promise. Even when workers took advantage of the system, they perceived that the outcomes were weighted heavily toward management. In addition, Local 1199 withdrew much of its support from Charleston within months of the strike, due to the union’s lack of legal standing and its inability to secure regular dues from its members.

Through public speeches by strike leaders such as Mary Moultrie, as well as the union-sponsored production of a 1970 film, I Am Somebody, Local 1199 still held up Charleston as a potent symbol for the continuing struggle for black equality and economic justice in the U.S. South. Later in 1969, the union scored a major organizing victory at Johns Hopkins Hospital in Baltimore, Maryland. In Charleston, sanitation workers won pay raises and an improved grievance procedure following their own two-month strike. Despite these developments, the anticipated wave of civil rights and labor protests across the United States in the 1970s never materialized. Volunteers kept Local 1199B alive in Charleston for a few years, but the workers never approached the same sense of unity that they had achieved during the strike. Feeling abandoned by the union, members turned on the organization, and sometimes one another. 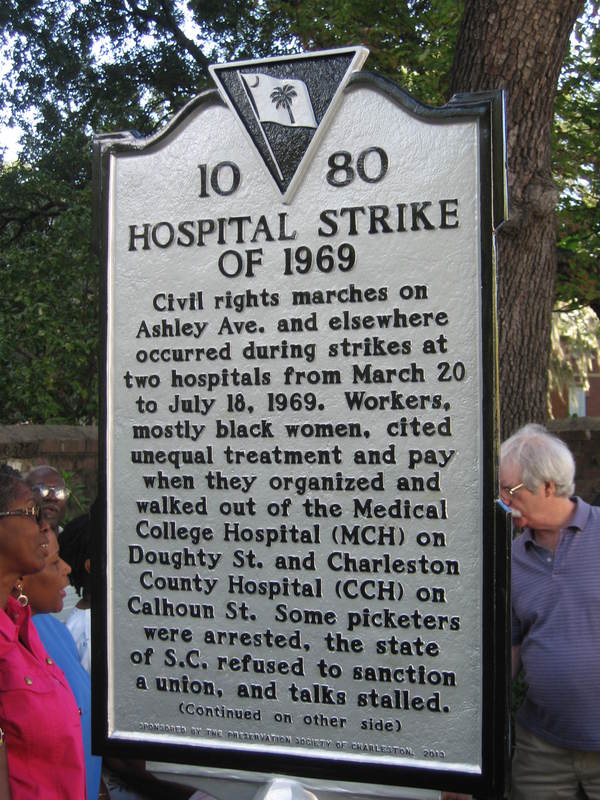 Historic marker for Hospital Strike of 1969, image by Andrew Cuadrado, Charleston, South Carolina, October 2013. On October 1, 2013, the Preservation Society of Charleston unveiled a historic marker on the campus of the Medical University of South Carolina as part of a series of Modern Civil Rights era markers in Charleston.

The strike’s impact on local and state politics proved to be more lasting. A voter registration drive built on the momentum of the strike helped elect the first African American delegation to the South Carolina State House since Reconstruction. The Charleston City Council also went from one black member to six within five years. The strike gave rise to a group of African American political officeholders who were more aggressive and independent of white elites than the city’s earlier, more established black leaders.

Among those who cut their political teeth on the hospital strike was William Saunders, who cofounded the United Citizens Party as an alternative to the Democratic Party, which overwhelmingly excluded black candidates. Saunders later served on the South Carolina Public Service Commission from 1994 to 2004. SCLC organizer Robert Ford remained in Charleston after the strike and served on City Council from 1974 to 1992, before running successfully for State Senate. James Clyburn helped monitor the strike settlement as executive director of the South Carolina Commission for Farm Workers. He later became the second-highest ranking Democrat in the U.S. House of Representatives. Ultimately, after the 1969 Hospital Workers strike, no Charleston area or South Carolina politician could afford to ignore the city’s black working class, regardless of race or party. 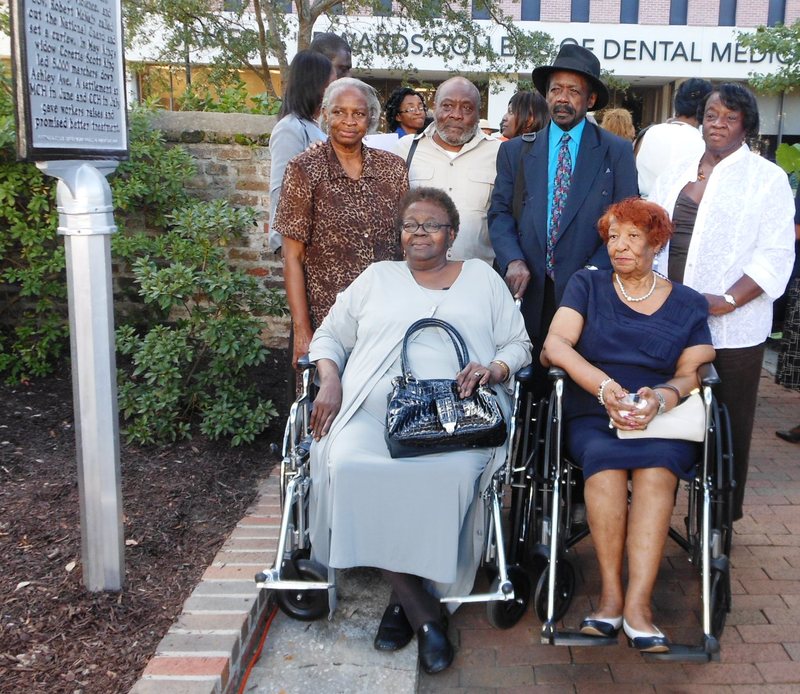