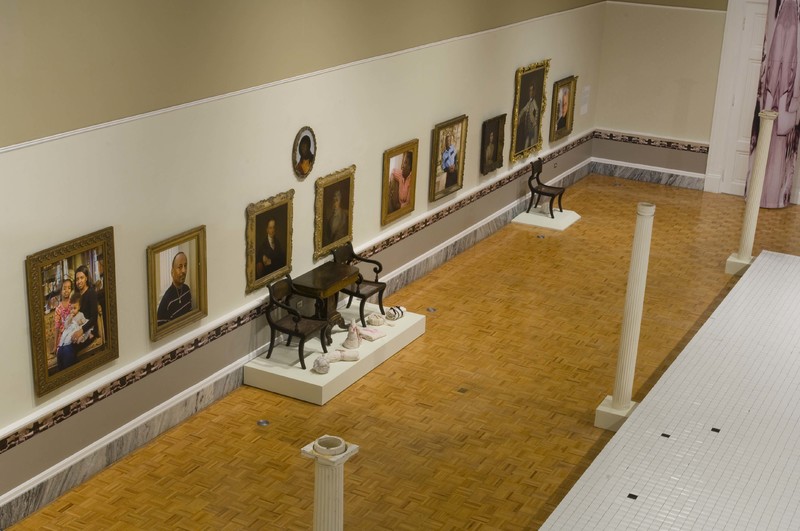 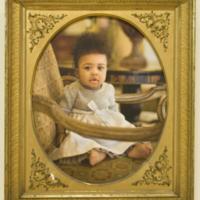 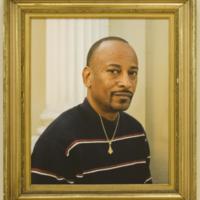 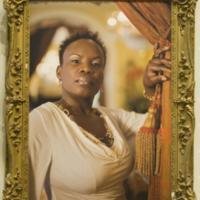 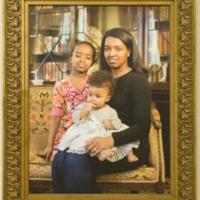 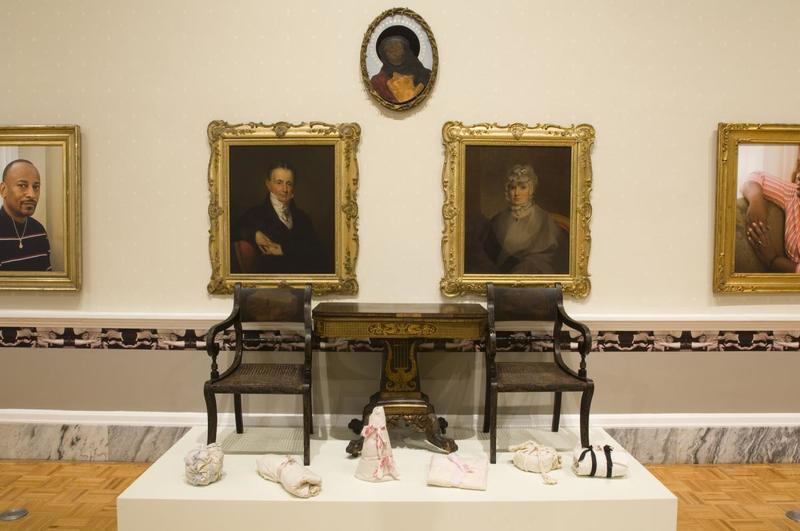 This wall installation, conceptualized collaboratively by Juan Logan and Susan Harbage Page, juxtaposes paintings from the collection of the Gibbes Museum of Art with photographic portraits by Page and a portrait painting by Logan, all in antique frames from the collection. Once grand, these aging portrait frames suggest the decaying porticoes of Charleston, now in the process of renovation.

Elegantly photographed in elite settings, Page’s large portraits, printed on canvas to refer to painted portraits in the installation, depict contemporary Charlestonians with the names of planter families. These images suggest how slaves were identified by the patronyms of their “owners,” some of whom fathered and enslaved mixed-race children. These photographs imply the complex interfamily ties linking whites and blacks in South Carolina. The serious poses chosen by the subjects (without prompting by the artist) resemble those in historic portraits, suggesting the power of art and visual culture to shape how individuals understand and present themselves.

The carved thorns on the frame of Logan’s Portrait of Denmark Vesey, formerly containing a painting of the head of Jesus Christ, address the suffering of this martyred leader of a foiled 1822 slave rebellion in Charleston. The blank frontal silhouette (also visible in Background Material and Welcome Home) stands in for the face of this free black, who was never respectfully depicted during his lifetime. A former slave, Vesey was a black carpenter and Methodist minister who risked his freedom and his life to resist the enslavement of others, bringing him torture and death. After his execution, and that of some 35 others, authorities suppressed all records of the event. Although black troops in the Civil War called his name as they entered into battle, only recently have scholars examined Vesey’s history to repudiate the paternalistic ideology of slavery that Sterling Stuckey ironically calls “kindhearted supervision.” In its anonymity, Logan’s silhouette also suggests all of the innumerable people who suffered under slavery and continue to suffer under economic apartheid and whose individuality has been obscured by racial stereotypes.