History is not the past. It is the present. We carry our history with us. We are our history.
—James Baldwin 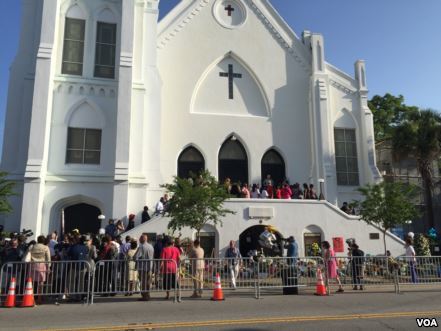 In July 2015, in the aftermath of the murders of nine congregants at the “Mother Emanuel” African Methodist Episcopal Church in Charleston, South Carolina, state legislators debated once again the removal of the Confederate battle flag from the statehouse grounds. The flag had been flying there since 1961, ostensibly as part of Civil War centennial commemorations but also in defiance of federal support of racial desegregation in the South. Representative Wendell G. Gilliard, a Democrat and African American from Charleston, argued that the flag must be taken down in order to allow for South Carolina to contend with its racist past and present and to begin the long trudge along “a hopeful road to the future.” Key to this “healing,” Gilliard implored his colleagues, was “the gentle laying down of the past….”

Charleston and the Lowcountry’s brutal history of race-based slavery, Jim Crow segregation, and systemic racial inequalities make clear that the past will not go away gently. Indeed, the major 2017 report by the College of Charleston’s Race and Social Justice Initiative, The State of Racial Disparities in Charleston County, South Carolina, 2000-2015, makes clear that unreconciled historical injustices profoundly affect the city’s contemporary political, economic, and social opportunities and relations. The region’s black population continues to face unequal access to housing, education, and the job market. 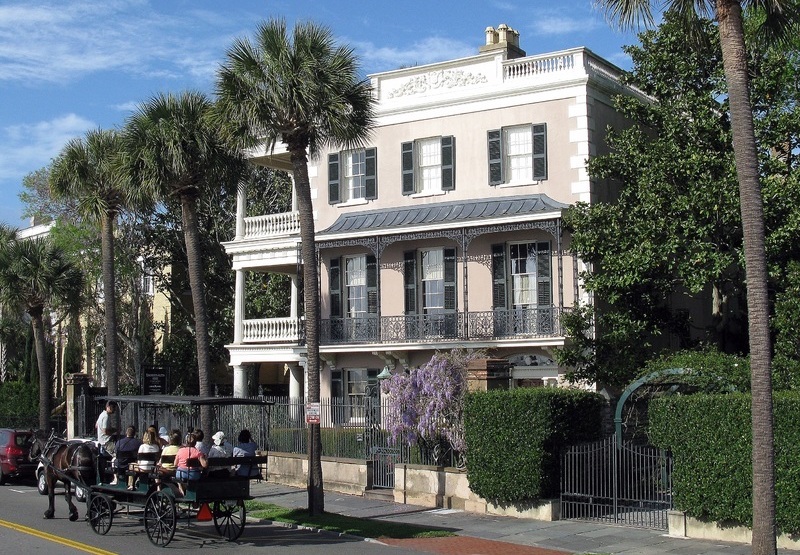 On the cultural front, these historically persistent inequities continue to haunt Charleston’s black and white populations and to shape the selective and inaccurate narratives the city emphasizes through its booming tourism industry. It remains easy for the nearly 6 million people who visit Charleston each year to encounter a highly romanticized version of the region’s past. Through impeccably preserved planter mansions, narrow cobblestone streets, and an insistence of the picturesque, Charleston’s tourist landscape constructs an insidious narrative that continues to favor elite white claims to harmonious race relations and to undermine black voices that seek to tell their stories of both brutal victimization and terror and resistance and survival.  In recent decades, local public history professionals have begun to critically reinterpret structures, artifacts, tours, and exhibits to convey a more complicated and accurate picture of Charleston’s past and push back against the pernicious weight of tradition.

“How do we reckon with what modern history has rendered ghostly?”
—Avery Gordon, Ghostly Matters 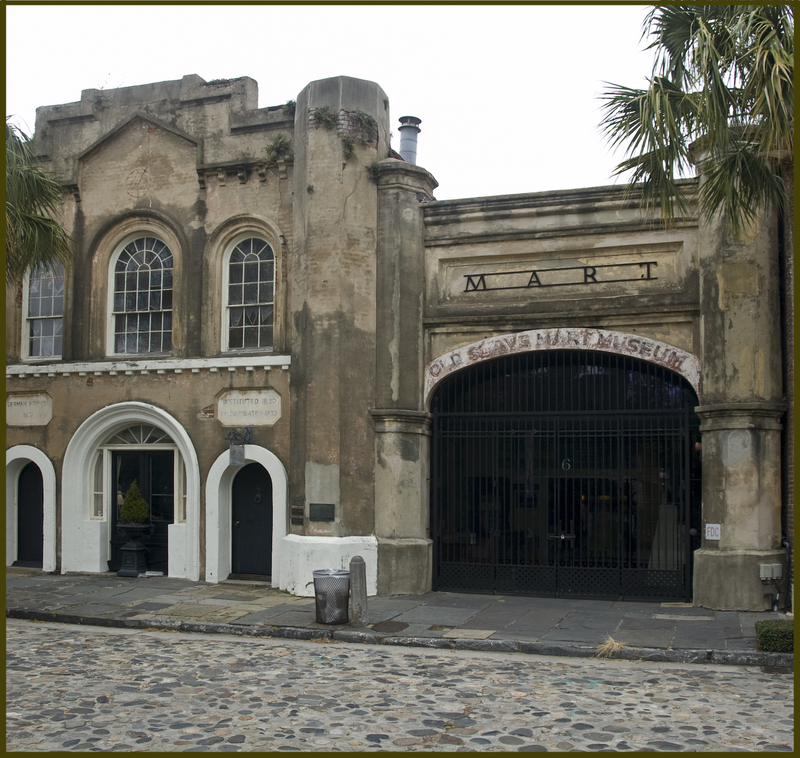 Logan and Page’s efforts work to counter romanticized representations of Charleston while acknowledging the historical haunting still present in the region. Sociologist Avery Gordon has described the metaphor of haunting as “one way in which abusive systems of power make themselves known and their impacts felt in everyday life, especially when they are supposedly over and done with (slavery, for instance) or when their oppressive nature is denied….” By reimagining in provocative ways familiar objects from the Gibbes Museum’s collection, Logan and Page urged viewers to recognize the many layers of what Gordon would call the “unresolved social violence” in Charleston. In a haunting, all parties are pained, whether they acknowledge it or not: the oppressors whose violence created the ghosts and the ghosts themselves, the oppressed trapped in suffering. At the same time, by virtue of their ability to haunt, the ghosts/oppressed are also empowered to speak and be seen and to insist on restorative justice.

The great originating violence in Charleston and Lowcountry history was the white embrace and defense of the vicious system of race slavery. Slavery and Charleston are thoroughly entangled. With Charleston’s port as the major entry point for enslaved Africans who endured the brutal Middle Passage to America, historians estimate that at least 40% of African Americans today can trace their roots to the region through the Atlantic Slave Trade. On the eve of the Civil War in South Carolina, long a black majority state, over 400,000 enslaved persons toiled in chattel bondage, most in the Lowcountry. Slavery, of course, was a national phenomenon, and racism is a national pathology not limited to the American South. The United States as a whole remains haunted by its national legacy of slavery. 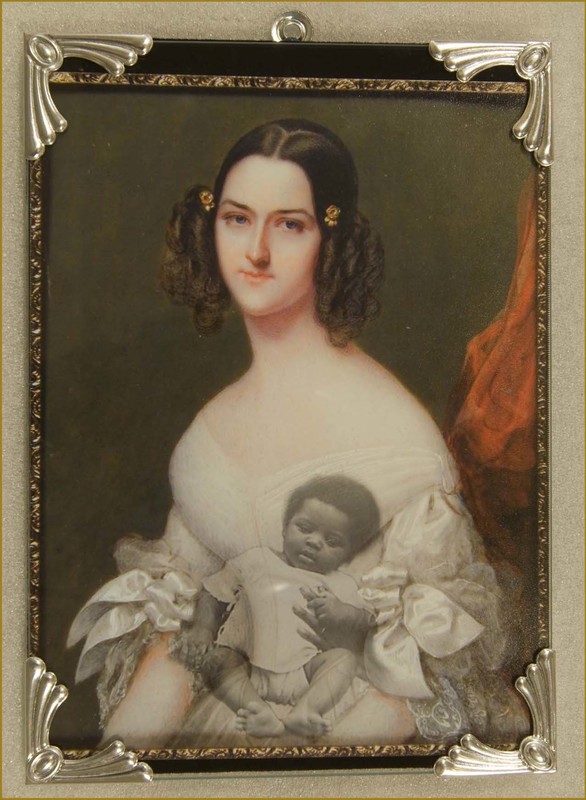 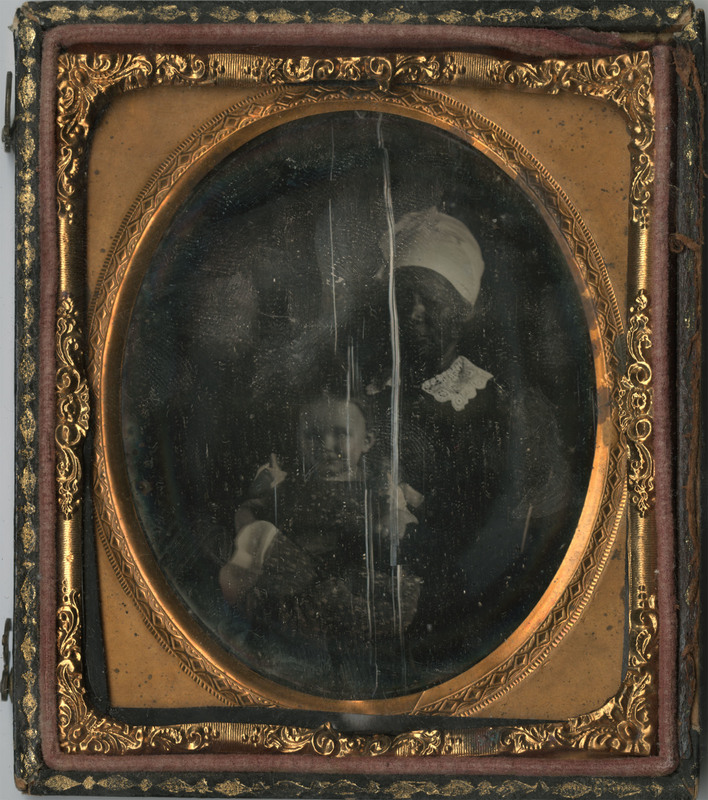 Daguerreotype of an enslaved woman with a child, circa 1840s, courtesy of Avery Research Center for African American History and Culture.

Ten years ago, the Gibbes Museum of Art and artists Juan Logan and Susan Harbage Page confronted boldly how slavery and all its attendant taboos and subsequent echoes still haunt Charleston and the nation today. Despite the formal end of slavery after the Civil War, the ghosts of the institution’s violence and oppression continue to lurk in Charleston in many forms, from socioeconomic racial inequalities to the exclusion of black historical experiences from public history and cultural spaces. By reimagining familiar objects from the Gibbes Museum’s collection in provocative ways, Logan and Page urged viewers to recognize the many layers of unreconciled historical traumas in Charleston. The exhibit demanded that viewers acknowledge and contend with the history that continues to haunt the region.

Visitors to this digital representation of Prop Master encounter numerous examples of historical ghosts yearning to be acknowledged, heard, and released. Underneath everyday objects, such as miniatures, furniture, columns, photographs, songs -- came glimpses of otherness – shadows of strangeness, whispers of long-held secrets, traces of intimacy with pain, residues of violence. Behind these forms are hidden a complex of alternative associations and meanings that demand our attention and, more important, our accountability. Page and Logan’s installation kept viewers perpetually off balance and challenged them to consider how, in Page words, “everybody in this society was traumatized” by its history.

“To say what is not sayable”
—Susan Harbage Page

As artists, Logan and Page were free in Prop Master to reimagine in powerful media a corrective history in Charleston, one implied in the historical record but rarely stated outright. Page described her role in the making of the exhibit as a “court jester – to say what is not sayable.”  In Prop Master, she and Logan made legible the too often unspeakable as they explored “complicated layers of history [and] how these layers affect us today.”   Their truths were inconvenient for some viewers, liberating for others. By revisiting Prop Master, a haunted and haunting work, we have a chance to look beneath the ghostly veil of history, to deal with our inescapable human entangledness, so we can try to exorcise the violence and silences of the past. This work is essential if we want to take that first step on “a hopeful road to the future” and seek justice in the present.