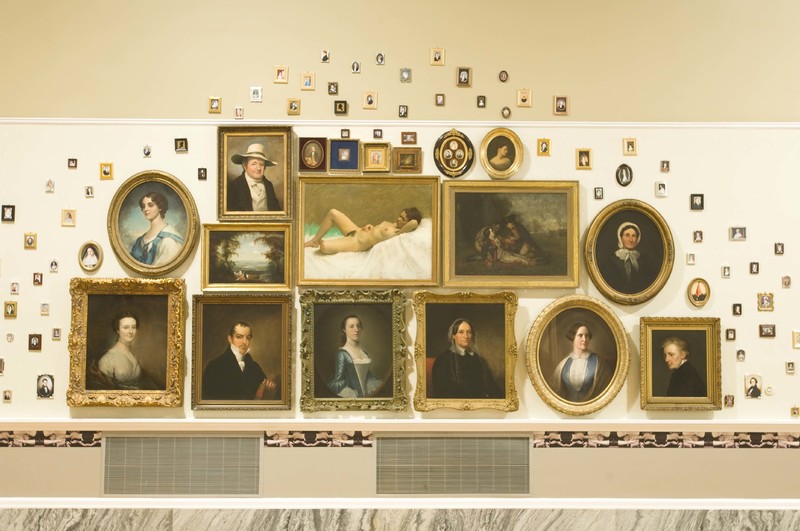 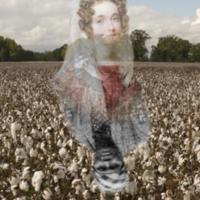 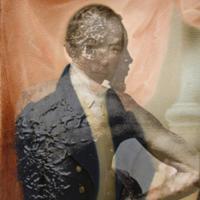 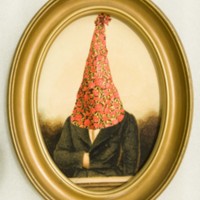 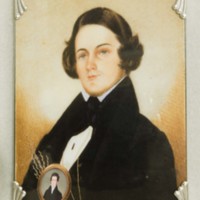 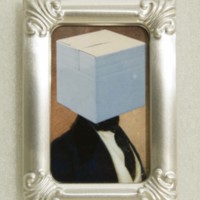 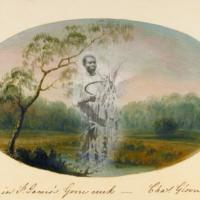 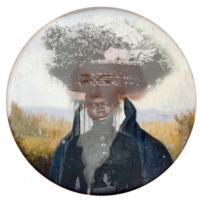 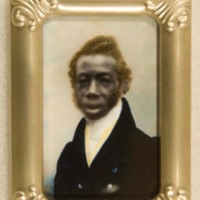 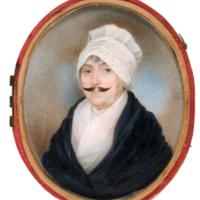 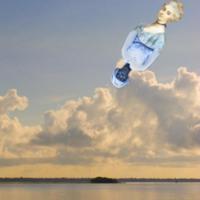 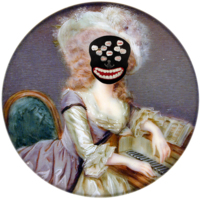 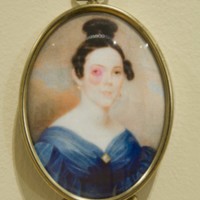 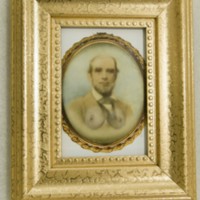 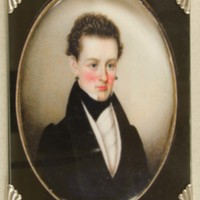 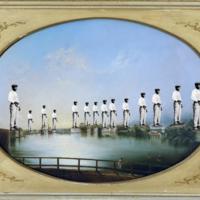 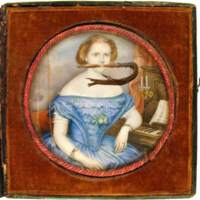 For Sexually Ambiguous Page and Logan selected large portraits and miniatures from the collection of the Gibbes Museum of Art to reflect upon race and gender relations. They chose the portraits based upon the appearance of the individuals rather than for the identity of those pictured. These portraits suggest a social caste as a whole. The miniatures include paintings of men, women, and landscapes that were digitally altered to reimagine their contents and draw attention to their function as a mode of self- presentation.

Alterations vary. In some cases they question social codes that prevent display of non- normative sexuality. Responding to the rouge on a man’s face or his carefully curled hair, for instance, Page may have added jewelry or further cosmetic touches to a portrait. Other miniatures gently poke fun at the repertory of poses typically used in portraits. One shows a brown and white rabbit peeking from a woman’s bodice, while in another a man in Napoleonic-era clothing bears a rabbit on one shoulder as another leans over the frame as if to escape its limits. 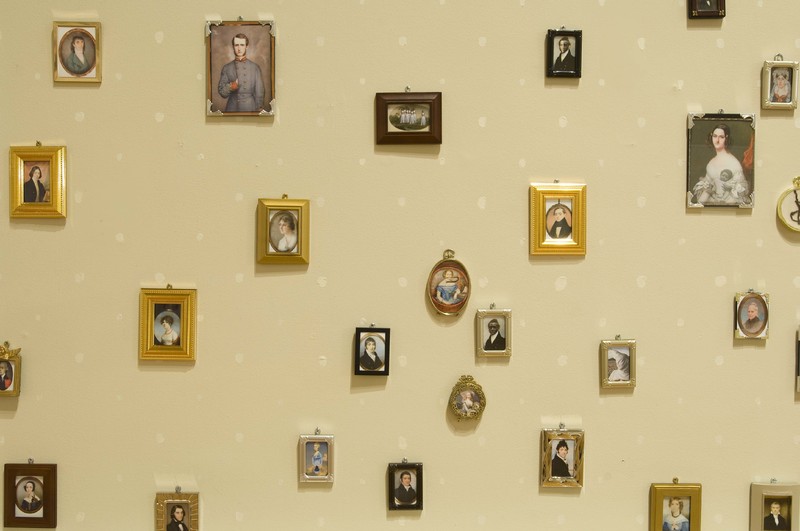 In other miniatures, one sees images of slaves overlaid on pastoral views of plantations or on cityscapes: reminders of the unacknowledged presence of the almost 2,500,000 slaves who lived and labored in the South. These works reinscribe the presence of these slaves, so often omitted from representation. More controversially, topsy-turvy figures join the inverted torsos of planters and slaves, to suggest the necessity of the slave to the planter, or men and women have been painted in blackface, to reference minstrel shows that so disparaged African American culture. Women are also implicated. Elegantly dressed and coiffed, they may hold a leather whip or an iron slave collar or, in the case of one of Logan’s alterations, expose a toothy savage grin, derived from caricatures of African Americans. Page and Logan placed Caucasian and African American hair together in some of the miniatures, referencing how these objects were treasured as keepsakes of a beloved other. The adding of hair from African Americans ironically suggests the absence of blacks from the category of the treasured or even of the acknowledged.

In arranging the overall grouping of paintings and miniatures to go beyond the limits of the picture rail the artists transgress to criticize museum conventions, including those dictating who may or may not be pictured within such a cultural institution, so long dominated by a privileged few. 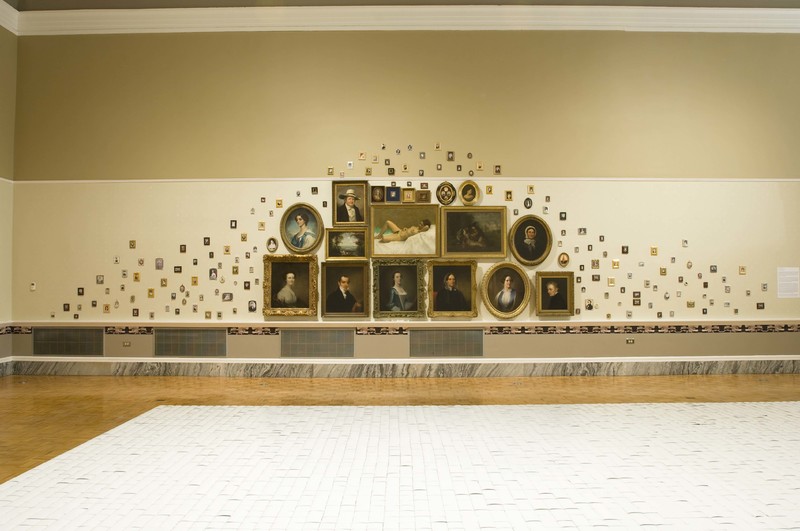