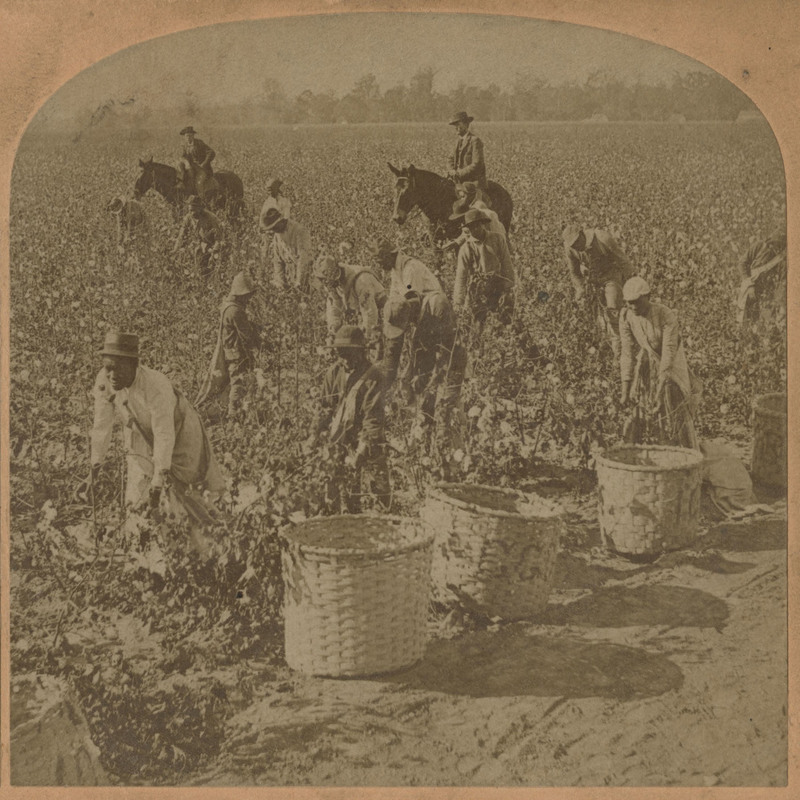 A stereoscopic image of African American enslaved people picking cotton in a field with two overseers on horseback, photograph by B.W. Kilburn, 1862, Courtesy of the Avery Research Center for African American History and Culture.

Charleston’s conflict-filled past and its historic legacies in the present were the inspiration for the 2009 Prop Master exhibit staged by Juan Logan and Susan Harbage Page. Through their art, they gave expression to the history of racial entanglements that have shaped the South Carolina Lowcountry since Europeans and Africans arrived in 1670.

The historical record shows how the lives of everyone in Charleston and the Lowcountry were painfully entangled through the system of slavery, and how, to combat this close proximity and the fears of slave rebellion it created, white elites developed a rigid race-based legal code. Even before setting foot in the New World, the colonial founders drew up The Fundamental Constitutions of Carolina in 1669 and articulated as its 110th provision this statement: “Every freeman of Carolina shall have absolute power and authority over his negro slaves, of what opinion or religion soever.” By 1709, there were already more Africans than Europeans in Carolina, and the white minority galvanized their definition of black inferiority in the codes and ordinances in order to shore up their status as the ruling class.

As the black population increased, white anxiety intensified, and with good reason. Enslaved people, forced into bondage through violence, challenged and resisted white control through instances of revolt, escape, arson, and attempts to poison whites. In 1739, for example, enslaved people on plantations along the Stono River took up arms in revolt. Twenty whites and nearly forty blacks were killed as a result of the rebellion and the response.  As a direct reaction to the deadly uprising, whites passed a set of slave codes in 1740, An Act For the Better Ordering and Governing Negros and Other Slaves in This Providence, that increased their control over enslaved black people. Whites went on to pass hundreds of laws in the coming years that dictated every aspect of enslaved people’s lives, mandating, for example, what they could or could not wear, how loudly they could speak in the streets, how many could gather together legally, and what time they had to vanish at curfew. These laws made it illegal for enslaved people to earn money, learn to read or write, and get married. By 1820, South Carolina law made it virtually impossible for anyone in the state, white people or free people of color, to free an enslaved person. 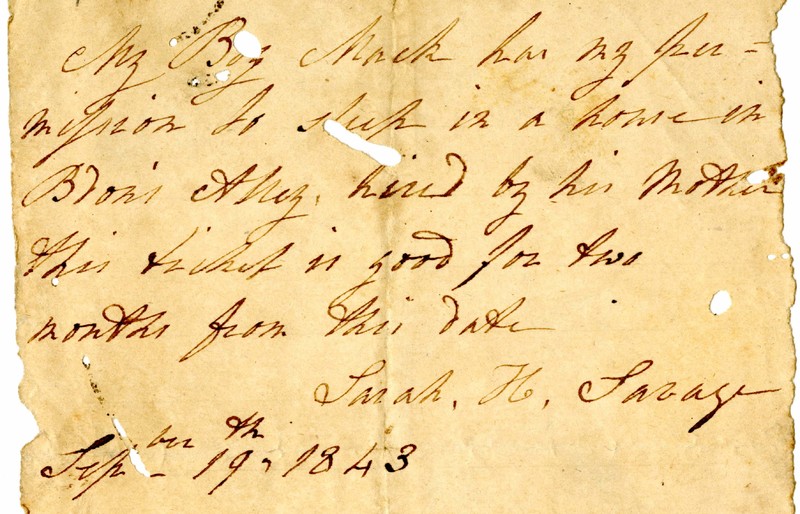 And yet, on the ground, in the lives of Lowcountry blacks and whites, the rigid racial division of the legal code conflicted with the reality of people working and living alongside each other in tight urban quarters and on the expanse of surrounding plantations. This is the essential paradox of Carolina’s slave system: legally separate yet personally, painfully intertwined. Outnumbered whites continually turned to institutionalized violence as a way to reinforce racial hierarchy and maintain control. For example, if more than seven enslaved black people traveled together on a road, Carolina slave codes dictated they be whipped, “not exceeding twenty lashes on the bare back.” Every white person had the authority to police any person of African descent for any perceived impropriety. In Charleston, the city promulgated a procedure and a price list in which employees of the workhouse would whip a slave for any owner for any reason for a fee. Entanglements that produced power, wealth, and freedom for whites produced inhumane treatment, violence, and sometimes death for enslaved black people. 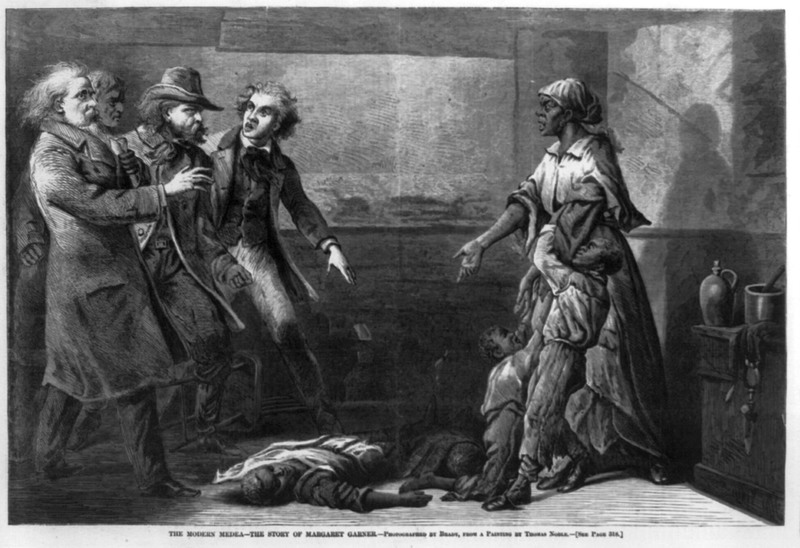 "Modern Medea - the story of Margaret Garner", Thomas Noble, 1867, courtesy of the Library of Congress.

The works of Prop Master gestured toward this pervasive racialized violence, in particular the sexual violence enslaved black women faced as a result of their close proximity to their enslavers. In Charleston and throughout the slaveholding United States, the untracked and unpoliced rape of enslaved women led to laws stating that regardless of the father’s race, children’s status followed that of their mothers. Therefore, whether an enslaved female bore a child from her chosen mate or from rape by a white slaveholder, the child became property, a slave perpetually. Enslaved black people, therefore, regularly worked inside the homes of whites who were their half siblings. Conversely, other white slaveholders responded to the presence of their biracial children by selling them, therefore, forcibly separating families based on the color of their skin. Writing in her diary during the Civil War, Mary Boykin Chestnut, the wife of a South Carolina planter, described this painful and complex domestic drama:

[O]urs is a monstrous system, a wrong and an inequity! Like the patriarchs of old, our men live all in one house with their wives and their concubines; and the mulattos ones sees in every family partly resemble the white children. Any lady is ready to tell you who is the father of all mulatto children in everybody’s household but her own. Those, she seems to think, drop from the clouds. 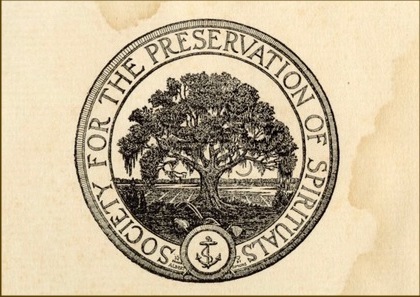 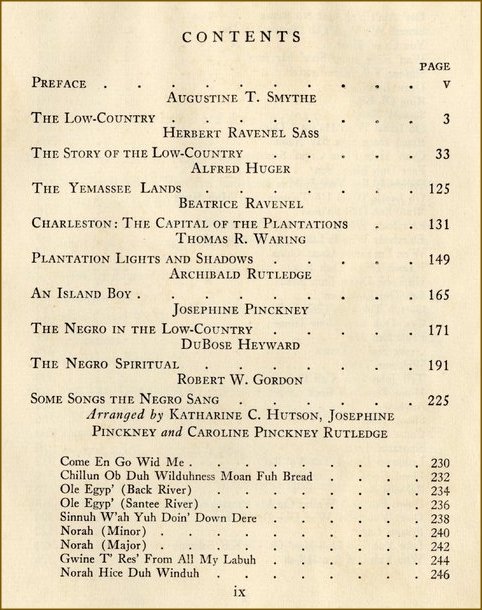 Table of contents from The Carolina Low-country by The Society for the Preservation of Spirituals, 1931, courtesy of the College of Charleston Libraries.

In the decades following Reconstruction, interconnected relationships among blacks and whites evolved, as did the methods whites deployed to control both black people and the public narrative of Lowcountry race relations. Through educational materials in schools, for example, white Charleston trained its youth to deny its history of painful racial entanglements, to defend the “Lost Cause,” and to construct an identity based more on fantasy than fact. In 1896, the year after South Carolina’s new state constitution made blacks second-class citizens again, whites erected a statue of John C. Calhoun, a chief defender of slavery as a “positive good” and white supremacy, in a prominent Charleston square. The statue still casts its shadow over white and black residents today.

In the early twentieth century, Charleston started developing a tourist economy that touted slavery as part of the natural order and plantations as sites of romance and beauty, thus obliterating the facts of violence and extracted labor that were part of daily existence of enslaved blacks. In a stunning example of racial entanglement and appropriation based on intimacy, in 1922, a group of elite white Charlestonians founded the Society for the Preservation of Spirituals. Its members, descendants of plantation gentry, mourned what they perceived to be the loss of the “old time” ways of slavery as local blacks became more educated, more mobile, more politicized, and the country itself modernized. To combat these changes that threatened whites’ way of life, Spirituals Society members turned for comfort to the Gullah spirituals that had been sung by enslaved people, seeing in the spirituals a remnant of a valued “harmonious” past.  Dressed in frock coats and hoopskirts designed to evoke the planter elite, Spiritual Society members held concerts at home and across the Northeast in the 1920s and 1930s, including an event at Franklin Roosevelt’s White House.  Among the Society’s members was DuBose Heyward, who published the immensely popular novel Porgy in 1925, based on a local black beggar. Heyward’s use of black people as artistic fodder has such a sense of intimacy that early in its publication, some readers assumed Heyward, the scion of a slaveholding family, was black. 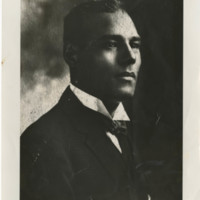 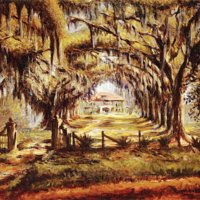 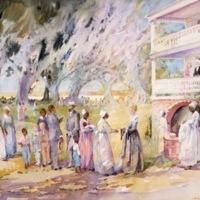 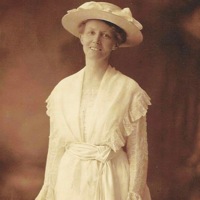 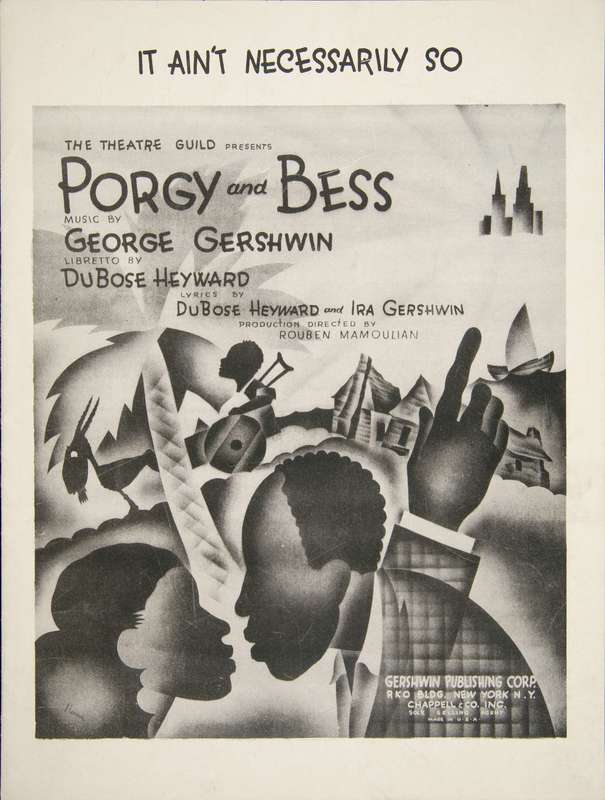 Porgy and Bess sheet music cover, B. Harris, 1935, courtesy of the Newberry Library.

At the same time, Charlestonians worked to counter these romanticized white narratives by forming their own organizations and cultural works.  In 1916, elite black women in Charleston formed the Phillis Wheatley Literary and Social Club to discuss the work of black thinkers and writers and raise money for black activist causes in the city. In 1917, local African Americans established a Charleston chapter of the NAACP. The chapter’s first president, Edwin Harleston, was a notable artist who often painted black subjects and Lowcountry landscapes. Septima Clark, a teacher who founded citizenship schools, dedicated her life to civil rights and equal education for black people. Not surprisingly, in the 1950s Clark lost her job as a teacher for belonging to the NAACP, and Harleston was never admitted into the white-dominated Charleston art scene.

African American residents still suffer from the consequence of the entanglements and injustices that their ancestors survived, with racial disparities glaringly obvious in the realm of economic and political opportunity. In 2018, Charleston City Council took up a resolution to apologize for the city’s role in profiteering from and promoting slavery. It passed by a vote of seven to five, but one more negative vote and there would have been deadlock: an analogy perhaps for the deadly grip of a conflicted interpretation of the city’s past. Logan and Page’s work in Prop Master reflects the fact that whites have a long history of trying to control and obscure, often unsuccessfully, the tragic history of racial entanglement in Charleston and the Lowcountry. Charleston City Council’s apology and the Gibbes inviting a critique of their holdings and history represent small but important indications that Charleston’s ghostly past is beginning to gain needed recognition.