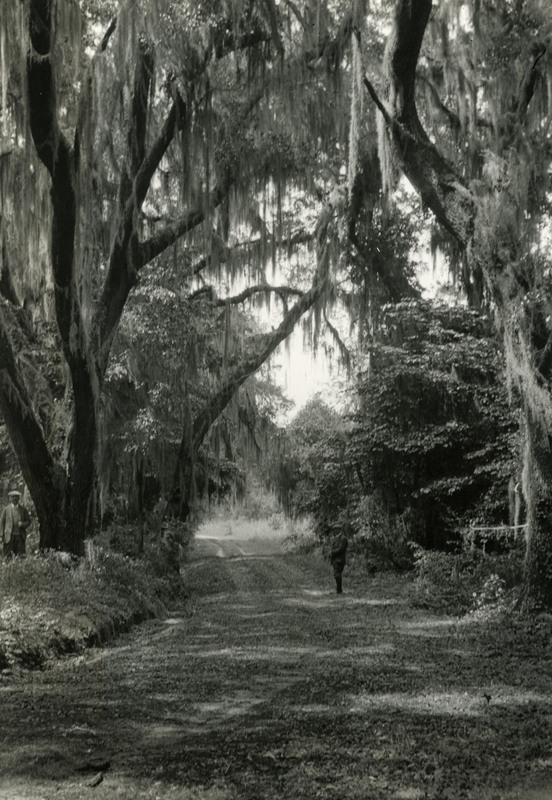 As described by Williams, the onset of the Civil War brought financial upheaval to the Dane family. Whether it was because of general financial panic, the great Charleston Fire of 1861, the loss of northern investments, or perhaps failing banks, the Dane family fell upon hard times. To generate funds, in the time before they actually started selling off people under their power, the Danes hired out Williams’s mother, Susan, to work as a cook in the home of a widowed woman in Charleston whom Williams calls Mrs. Bale. According to Williams, the widow’s daughter was married to a man with the surname Ward. The Ward family owned what Williams refers to as "Pine Top Plantation." Williams’s recollections of life at this plantation make evident that the Dane, Bale, and Ward families were incredibly entwined in sharing, selling, and hiring one another’s human property over the next few years. While young Williams was not actually owned by the Ward family, he was under their use for long stretches and spent several months at the Pine Top Plantation on and off during the Civil War. Though his written memories of Pine Top are a mixture of beautiful and violent scenes, his initial introduction opens with a rich description of the plantation’s beauty. The combination of his youth and his outsider status on the plantation might have been contributing factors to his initial romantic recollections of its environs:

PINE TOP, Mr. Ward's country seat, was a beautiful plantation about eighteen or twenty miles from Charleston. The house, an old colonial mansion, stood on elevated ground, well back from the main road, and commanded a fine view of the surrounding country. From the main road the house was reached through a wide avenue, lined on either side by giant live oaks, while immediately in front of the house was a large lawn circled by a wide driveway.

From the front door of the house the barns, stables, gin-house, corn mill and Negro quarters, presented the appearance of a thriving little village. The quarters were regularly laid out in streets, and the cabins were all whitewashed. 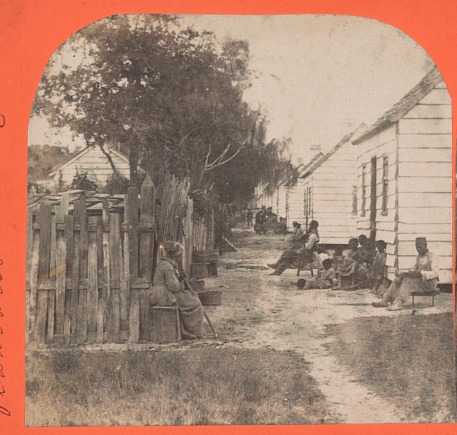 Whitewashed cabins on Charleston-area plantation, Osborn & Durbec's Southern Stereoscopic & Photographic Depot, Charleston, South Carolina, 1860, courtesy of the Library of Congress. Williams described similar whitewashed cabins. The "thriving little viillage" of cabins "laid out in streets" that he recalls from childhood speaks to the high number of enslaved people living on many Lowcountry plantations where they were the overwhelming majorty population. 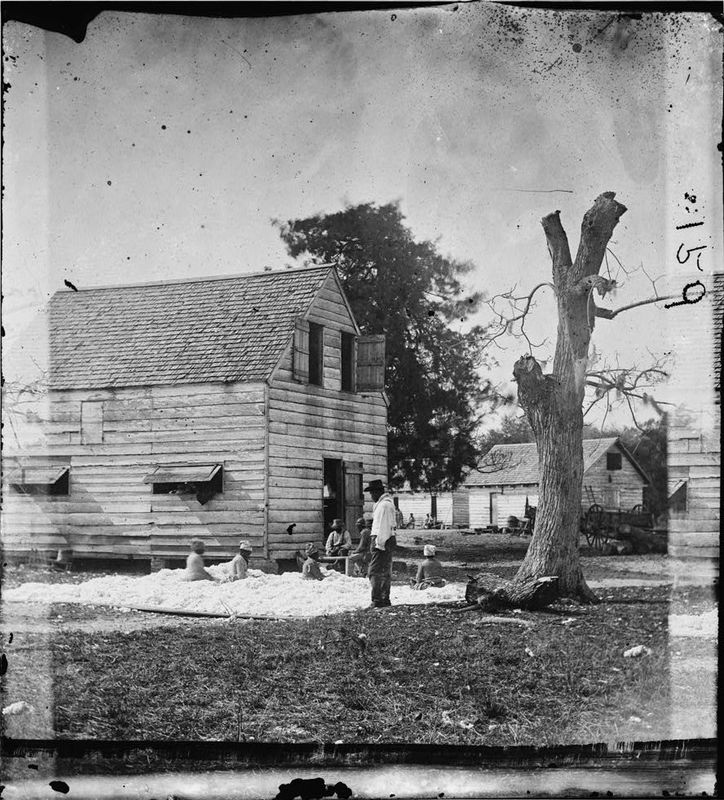 African Americans preparing cotton for the gin, photograph by Timothy H. O'Sullivan, Port Royal, South Carolina, 1862, courtesy of Library of Congress. While Williams does not recount specific crops grown at Pine Top, cotton was both common and lucrative for the region's plantation owners when Williams was enslaved.

As with many references in his narrative, Williams appears to have obscured the identity of the plantation by creating a false name. Quite likely, however, he was referring to Pine Hill plantation labor camp on the Ashley River, which was owned by a branch of the prominent Waring family. Records suggest that Mr. Ward was actually Joseph Hall Waring II (1823-1876) an owner of Pine Hill plantation in Dorcester County who served as a State Senator in 1865, fought with the 4th Regiment South Carolina Cavalry (known as “Butler’s Brigade”), and was a prominent citizen of Summerville, SC. Like many of the white people mentioned in Williams’ carefully crafted memoir, altered names and coded references do not allow us to identify Mr. Ward with great confidence and thus Williams’ strategic narrative obscurantism is quite effective in placing the emphasis upon his own beloved family and his own experience and displacing the prominent white people from the center of this memoir.

Williams’s stories of Pine Top plantation primarily describe the exchanges between enslaved adults and Mr. Ward. He chronicles how such interactions could begin genially, but end with violence and cruelty. Williams depicts in great detail the paternalistic and oppressive regime Mr. Ward imposed upon enslaved people under his control.

For example, Williams writes of a chilling incident involving Mingo, an enslaved man from another plantation. Mingo had to ask Mr. Ward for permission to visit a Pine Top woman, Dolly, after first getting specific permission from his own master. Slave passes were provided by white people to validate the movement or presence of enslaved people when off their enslavers’ property or away from direct supervision. These notes were a precarious form of protection, since they could be lost or destroyed and their language was often left up to the interpretative interests of the reader. This could prove dangerous to the pass recipient, as Mingo was to discover.

When Mr. Ward found Mingo visiting Dolly with a pass bearing no specific destination, Mr. Ward instructed his slave driver: "Mingo has forgotten my orders. Take him over to the barn and give him twenty lashes." It appears this violence was unleashed upon Mingo because Mr. Ward assumed Mingo was not only visiting Dolly, but unfaithfully visiting women at other plantations as well. Whether the permissions letter was not worded in a manner Mr. Ward found specific enough or another reason young Williams did not catch, enslavers' violent actions against enslaved people was their perogative. Thus, to uphold Mr. Ward’s own sense of propriety and paternalistic power, Mingo, not legally under Mr. Ward’s control, was tortured.

As Williams tells it, Mingo defied Mr. Ward’s offensive presumption by persisting in his courtship, eventually marrying Dolly and living with her long after the Civll War brought them freedom. But the story illustrates the careful way Williams weaves together nostalgia and witness testimony. He praised Pine Top’s comparatively generous food and provisions ("Mr. Ward was what was called a ‘good master.’ His people were well-fed, well-housed and not over-worked”) but still calls attention to the intrusive and violent presence of Mr. Ward in the personal lives of people in his bondage. As a young boy, Williams did not have to receive the twenty lashings to understand that his life was controlled by the same violence that controlled Mingo’s life. Williams’s bearing witness to Mingo’s and Dolly’s experiences speaks to the variety of ways in which enslavement impacted the human experience. Everyone on Pine Top knew that Mr. Ward’s violence towards Mingo was invoked to control and terrorize them all.