Who Was Sam Aleckson?

“I was born in Charleston, South Carolina in the year 1852. The place of my birth and the conditions under which I was born are matters over which, of course, I had no control. If I had, I should have altered the conditions, but I should not have changed the place; for it is a grand old city, and I have always felt proud of my citizenship.” 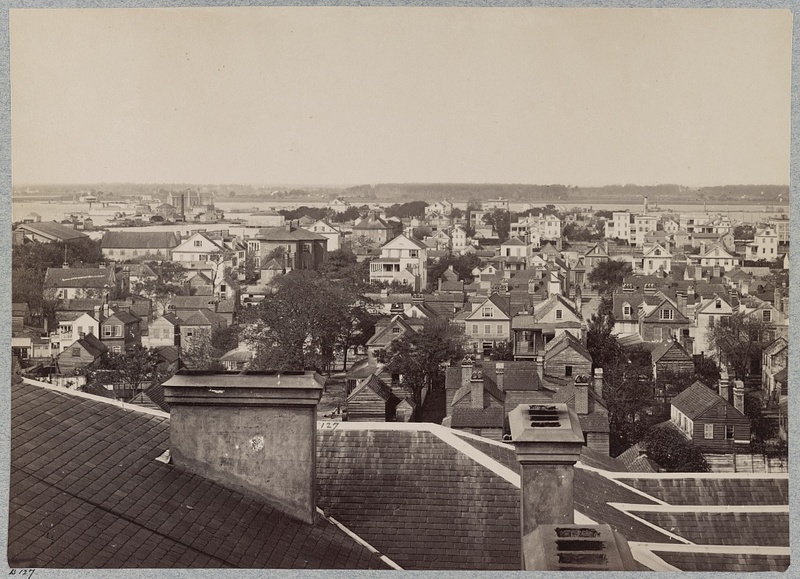 Sam Aleckson was the pen name for Samuel Williams, a man born into slavery in Charleston, South Carolina, in 1852, who wrote a memoir about his life and the world around him during and after slavery. Published in 1929, Before the War and After the Union traces Williams’s life from his earliest memories of being enslaved, through the post-Civil War years as his family struggled to build new lives during Reconstruction, to their move north at the turn of the century. When he wrote his memoir nearly sixty years after emancipation, Williams was an elderly man living in Vermont, far from the site of his bondage in South Carolina. 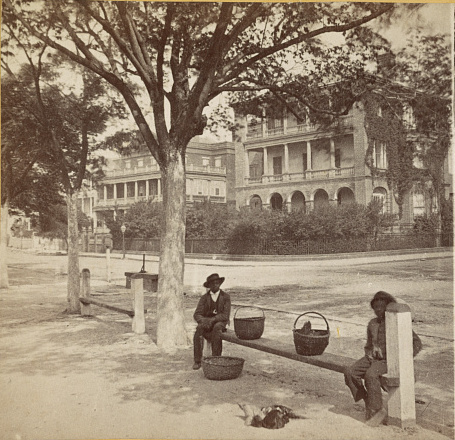 Photograph of two African American children on a bench with baskets at the Battery, Charleston, South Carolina, ca. 1860-1870, courtesy of Library of Congress.

Despite this distance in geography and time, Samuel Williams’s memoir, spanning from the 1850s to 1914, provides rich insights into his early life in Charleston, the complex world of urban slavery, and the struggles and achievements of Williams and his family following emancipation. His memoir includes glimpses into the labor of enslaved children in Charleston in the mid-nineteenth century, from working as jockeys in horse races for the entertainment of white gamblers to forced service for the Confederacy. After the Civil War, a teenage Williams stayed in Charleston and attended school. It might have been the Avery Normal Institute, a well-known private school for black students in Charleston at the time, but there are no extant records to confirm his enrollment there. It might also have been at the Morris/Simonton school, also in Charleston, a public institution for African American children that also required fees but was less elite than the Avery Normal Institute. Either way, however, his family must have worked hard to ensure that their smart and ambitious teenager had opportunities to advance. Over time young Williams found work with local businesses, including work as a porter, and soon achieved enough financial stability to marry and start a family. The 1880 census indicates that Williams married a local seamstress in Charleston, Mary Artson. They had a baby son who, sadly, died shortly after his birth. To compound his sufferings, Williams then became a widower when Mary died in the early 1880s. Despite the sorrow of these years, by 1888 Williams had remarried, this time to a woman named Henrietta. Though his his memoir provides few details about his marriages or his children, Henrietta may have had children by an earlier marriage, and the couple also went on to raise children of their own.

1880 census record of Samuel Williams, United States Census Bureau, 1880, courtesy of FamilySearch. This census record lists Williams as a laborer and married to Mary, a seamstress.

With a growing family to support, Williams moved north for better opportunities. Unlike many African Americans of this era who moved to urban industrial centers such as New York or Detroit, Williams found an attractive position in Vermont. He sent for Henrietta to join him with their children, and they settled into their new lives, first in Springfield, Vermont, and then in various other locations throughout Vermont, New Hampshire, and later Massachusetts. By the early twentieth century, it appears that Henrietta died and Williams was widowed once again. Concerned about his life, legacy, and failing eyesight, he decided to write down his memories. While working as a live-in house servant in the North, Williams found time to sketch out the story of his life from 1852 up through 1914.

Throughout his memoir, Williams bears witness to major historic events, such as the Great Charleston Fire of 1861 and the hotly contested South Carolina gubernatorial election of General Wade Hampton in 1876. He also lingers on more personal and mundane memories, such as his early education with a group of white women on Charleston’s Guignard Street who taught him to read. In New England, he recalls his astonishment at encountering the abundance of pie in the region. Ultimately, his narrative weaves together a moving story of survival, community, and courageous perseverance. As Williams’s title reveals, while slavery was “Before the War,” carving out a life “After the Union” also demands recognition. His memoir is a remarkable and rare account of the Civil War and its reconstruction aftermath from the perspective of a man who was raised as property but survived to proclaim his own life story as testament to his humanity. Williams lived for several decades after he penned his 1914 narrative, and he most likely passed away in Massachusetts in the mid-1940s. Archival evidence suggests that he continued to have a rich life beyond the years documented in his memoir and maintained a strong relationship with extended family members who cared for him as he aged. 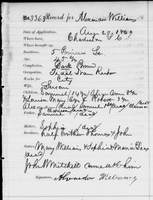 This exhibition traces Samuel Williams’s life during and after slavery—from his experiences as an enslaved child in Charleston, to his challenges in a newly free black urban family during Reconstruction and its aftermath, to his migration North in the late nineteenth century—and the experiences of his family and descendants. Numerous city directories, Freedmen’s Bank receipts, and voter registration books, alongside insurance maps, census data, and photographs, provide us with insights into Williams’s world.

Most significantly, however, this exhibition highlights the testament of Williams’s memoir. His memoir poses many challenges as a historical source. This is in large part due to his decision to alter some details and names in his account, particularly those of white people, while for the most part sharing the true names of his own family members. For this reason, there is some uncertainty over details about his enslavers and other whites he encountered throughout his life. Within this exhibit, the names Williams provides will be used with the understanding that the names, particularly the names of white families, have likely been changed by Williams and real names are not currently known with any certainty.

There are many possible reasons Williams may have altered and disguised the names of so many white families that were powerful players in his life story even though he was writing some fifty years after emancipation: he may not have wished to offend them or reveal intimate details the current descendants might not have appreciated; he may have wished to protect his own family members still living in Charleston from retribution; he might have wanted to embroider stories with impunity; he might have simply forgotten or misspelled some of the names; and, most of all, whether consciously or unconsciously, he might have wished to effectively re-center the story upon his own experiences and the experiences of his family members. While Williams certainly does not present his work as fiction, the practice of allowing one’s memoir to be both be detailed enough to be plausible and yet vague or obscurantist enough to mask its precise truth is not unknown among memoirs written during the era of slavery (Incidents in the Life of a Slave Girl, published in 1861 is perhaps the most famous example of this). The obscurity he uses for the white individuals in his tale, whether he feared or admired them, thus allows for focus—his memoir (and hence this exhibition) thereby centers around Williams’s own story and the insights he provides about the complex world around him during and after slavery.

Williams's Memoir as a Slave Narrative →