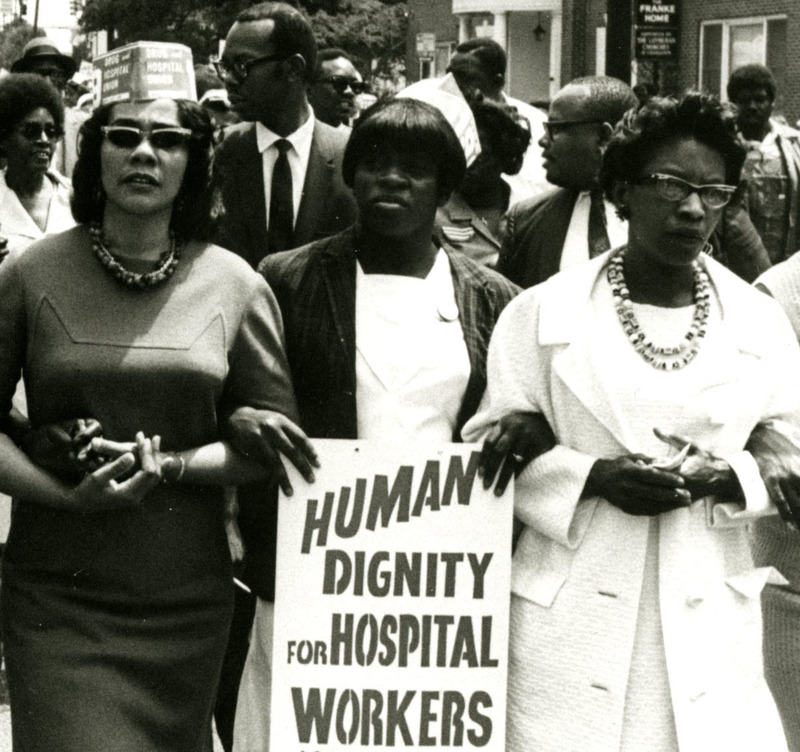 Rosetta Simmons was a native of Charleston, South Carolina. She attended Burke High School and worked for a small housekeeping agency after her graduation. In 1959, Simmons began working as a Licensed Practical Nurse at the Medical College Hospital, before transferring to the Charleston Memorial Hospital in 1966. She became frustrated with the unequal treatment African American workers faced at the hospital, and began meeting with local activists Bill Saunders, Father Henry Grant, and other union organizers. Simmons was elected as the second Vice President of Local 1199B.

During the strike, Simmons worked closely with organizers from the union as well as the Southern Christian Leadership Conference (SCLC). After the 113-day-long strike came to a close, Simmons negotiated her rehiring with the help of her union associates. Simmons also assisted in a voter registration drive in Charleston. She remained an active member of the union and retired from Charleston Memorial Hospital in 1996 after twenty-nine years of service.

Rosetta Simmons discusses the personal toll of the strike, the high level of stress she endured, and the workers' determination to be treated with dignity and respect as human beings.

Rosetta Simmons discusses the need to have a 'visible' strike to capture the attention of the community.

Rosetta Simmons reflects on the emotional experience of the strike, and expresses her appreciation and respect for strike leaders and local grassroots organizers.