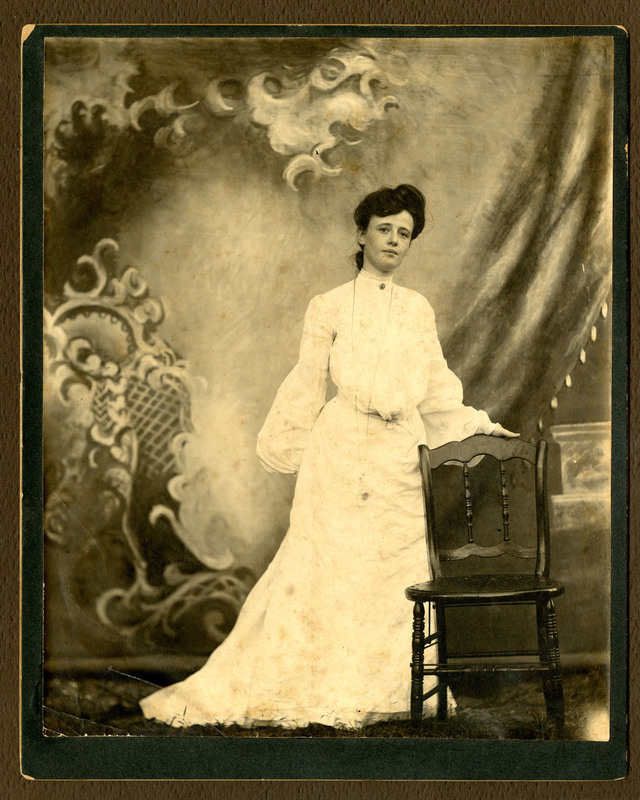 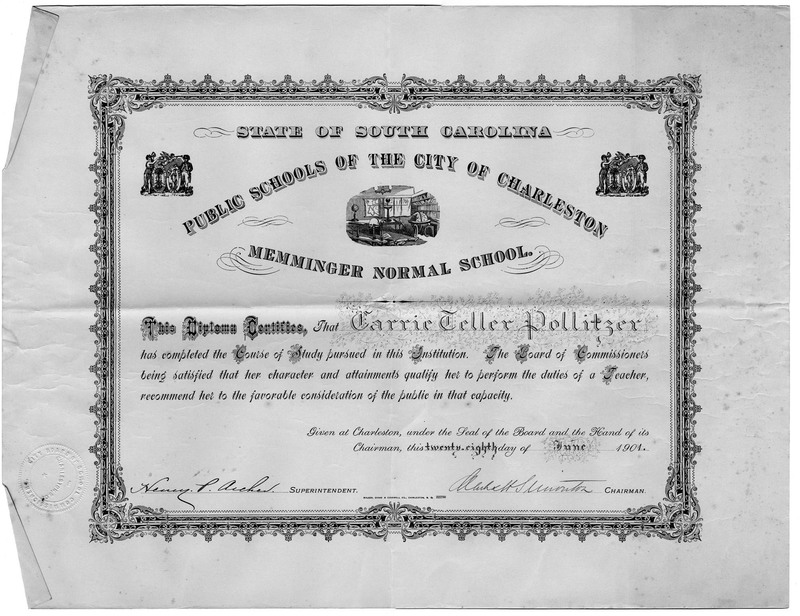 Carrie Teller Pollitzer was born in Charleston, South Carolina in 1881, the oldest daughter of Gustave and Clara Pollitzer. As an advocate for the national Progressive Movement, Carrie dedicated herself to enhancing childhood education and advancing women’s rights in South Carolina in the early twentieth century.

In the late nineteeth and early twentieth centuries, Carrie received her primary and secondary education at Charleston’s Memminger Normal School. Founded by Christopher G. Memminger in 1858, the two-fold mission of the school was to provide public education for Charlestonians and to train female teachers to serve the state at large. Due to Jim Crow segregation, Memminger's students were all white. African American students and teachers-in-training were educated separately, and many matriculated at Charleston’s Avery Normal Institute. After graduating in 1901, Carrie relocated to New York City to study at the Columbia Teacher’s College. While in New York, Carrie also worked with the city’s nascent Kindergarten Association, founded in 1889. When Carrie returned to Charleston in 1908, she worked or the South Carolina Kindergarten Training School, an affiliate of New York’s Kindergarten Association, before she went on to establish the city’s first free kindergarten program in a carriage house behind her family home on Pitt Street. In this context of educational reform, Carrie became a leader in Charleston’s Progressive Movement.

In the first decades of the twentieth century, the U.S. Progressive Movement ushered in massive efforts to bolster public education and alleviate poverty throughout the country. In South Carolina, however, overwhelming economic and social challenges, combined with severe race and class divisions, made it difficult to muster support for instituting new programs and policies. With a poorly educated population, low per-capita wealth, and a cotton-dependent economy, the state was saddled with a small tax base for funding social welfare programs. Still, South Carolina featured a cluster of reformers, many of whom were middle- to upper-class lawyers, journalists, civic leaders, ministers, and teachers who worked for economic and social improvement. These South Carolina progressives saw an educated population as essential to implementing all other reform endeavors, which meant expanding educational facilities in the state. Following the divisions of racial segregation, these educational improvements reached white students first. 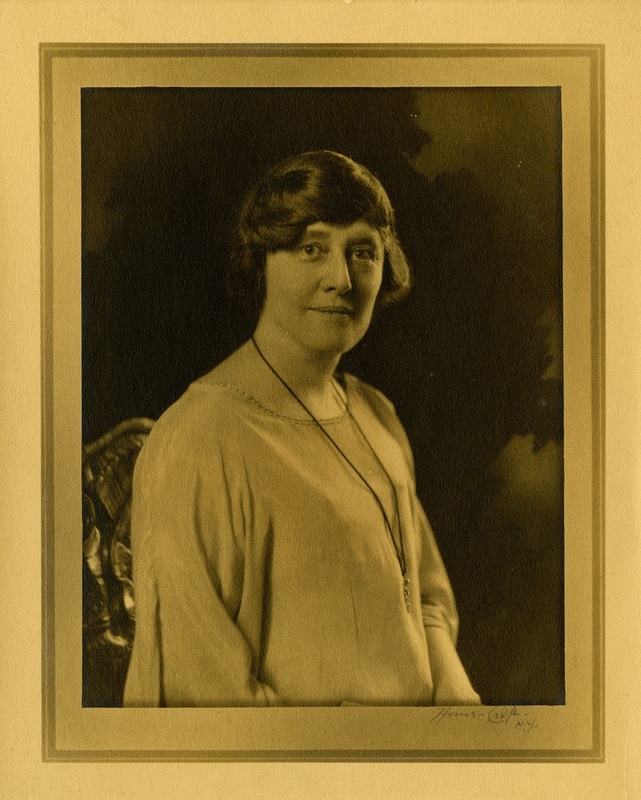 In the 1920s, Carrie became the Assistant Principal of the South Carolina Kindergarten Training School. Under her leadership, Carrie and other teachers introduced features of early education that are now commonplace in South Carolina schools, such as teacher visits to student homes, a Parent-Teacher Association (PTA), and social work consultation for children and their parents. By 1953, Carrie helped established two free kindergartens in Charleston for white children: the Henrietta Aiken Kelly Kindergarten and the Elizabeth Tiedman Klinck Kindergarten. In addition to fundamentals such as letters and numbers, Pollitzer incorporated health and nutrition into the curriculum. She also facilitated medical exams by pediatricians and offered the first public school lunches in Charleston, consisting of milk and graham crackers.

When Charleston’s Kindergarten Association was in need of funds in 1930, Carrie established the Annual Community Children’s Festival at Colonial Lake. After securing permission from city administrators and the commissioners of Colonial Lake for access to the lake, festival volunteers surrounded the area with goats, ponies, boats, doll parades, games, and a merry-go-round. The Children’s Festival continued to draw over 1,000 attendees each spring for the next 23 years. 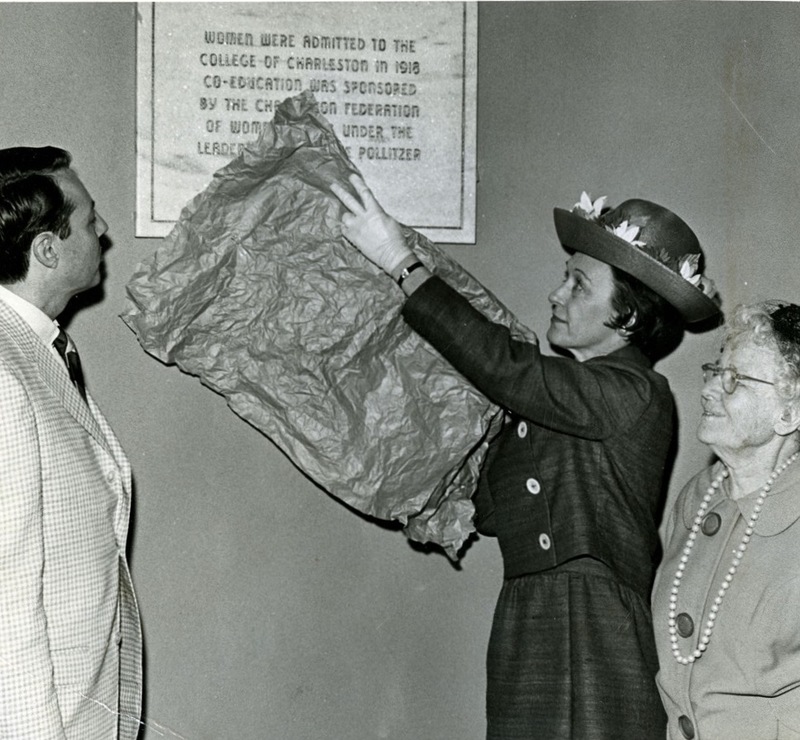 In addition to her work with children’s kindergarten education, Carrie became a prominent advocate for women’s rights in Charleston. In 1912, Carrie operated a stand at the corner of King and Broad streets where she distributed literature educating the public on women’s suffrage. She also served as corresponding secretary and membership chair for the Charleston Equal Suffrage League, an organization founded in 1915 by early historic preservationist and women’s rights advocate Susan Pringle Frost. Members of the Charleston Equal Suffrage League sought to involve themselves in social and political reform by establishing libraries, expanding schools, investigating labor conditions, and organizing settlement houses. Carrie Pollitzer proved instrumental in opening access to higher education for white women in South Carolina. Up until the early twentieth century, college education in the United States was a privilege enjoyed almost exclusively by white men who could afford the tuition, room, and board. As a member of the Executive Board of the Charleston Federation of Women's Clubs, Carrie petitioned for the College of Charleston to admit women in the summer of 1917. Through this motion, she also became the first woman to address the Charleston Chamber of Commerce. When the College president, Dr. Harrison Randolph, told her that a women’s lounge and matron would be necessary in order to admit women, Carrie secured funds to pay for the necessary accommodations. In September 1918, thirteen women enrolled at the College of Charleston.

Later in life, Carrie and her sister Mabel were recognized by the Charleston chapter of the National Organization of Women in appreciation for their contributions to the women’s equality movement. Carrie lived the rest of her life with her sister Mabel in their family home at 5 Pitt Street in downtown Charleston. She and Mabel often visited their sister, Anita, in New York City. Carrie remained active with the Free Kindergarten Association throughout her life.