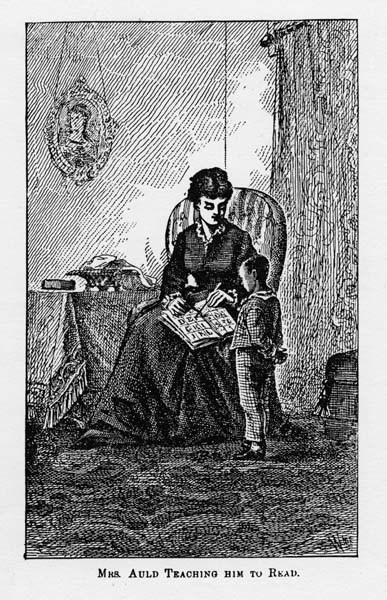 "Mrs. Auld teaching him to read," From Life and Times of Frederick Douglass, 1881, courtesy of Documenting the American South, University of North Carolina-Chapel Hill.

“Knowledge makes a man unfit to be a slave.”

Indeed; it should therefore not be surprising that most narratives written during or after the war included some discussion of how the author had learned to read or at least how the author had been forbidden to learn. This served the purpose of helping authenticate the narrative as genuine, but, even more so, it was usually included to demonstrate the singular importance of education in helping the enslaved individual embrace themselves as mentally and intellectually free, even when their bodies were not under their own control.

In the opening of his memoir, Williams explains, “I began to write at night often under poor light, being scarcely able to see the words as I traced them. Thus my MS. [manuscript] was finished.” But how and when did Williams learn to read and write? The answer to that question is one of the most remarkable revelations of his story.

Many slave narratives chronicle a harrowing struggle to gain access to literacy with secreted books or illegal lessons shared by the firelight, but – incredibly – Williams was taught to read and write by a group of white women who either owned his father or were part of a household the Williams family was affiliated with. While South Carolina laws forbade teaching enslaved or free people of color to read, even more important than the technical law itself was that the dominant cultural mores of the period were emphatically opposed to anyone of color being educated. As Williams noted in his memoir, an enslaved person caught with a textbook could be “severely punished.”

Williams refers to the sisters who taught him to read as the Misses Jaynes, and later just uses the letter “S.” Williams also notes the women as attending the Circular Church in Charleston. Research pulled from the 1850s and 1860s city directories, census data, and church membership produces a trio (and later a pair) of unmarried white women - Sarah, Susan, and Elizabeth Jones - living together in a house on Guignard Street. The Jones women also attended the Circular Church, and they were almost certainly Williams's teachers. It is difficult to know precisely the motivations behind his regular classes with the sisters, but according to Williams’s narrative, the Misses Jaynes evidently taught young Williams alongside Jennie, another enslaved child, using a textbook he identifies as the Reverend Mr. Thomas Dilworth's A New Guide to the English Tongue: 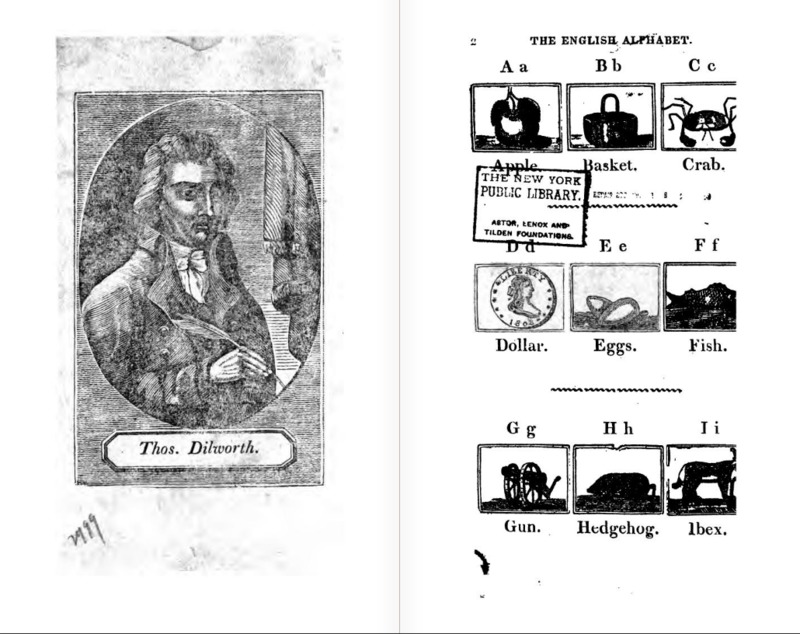 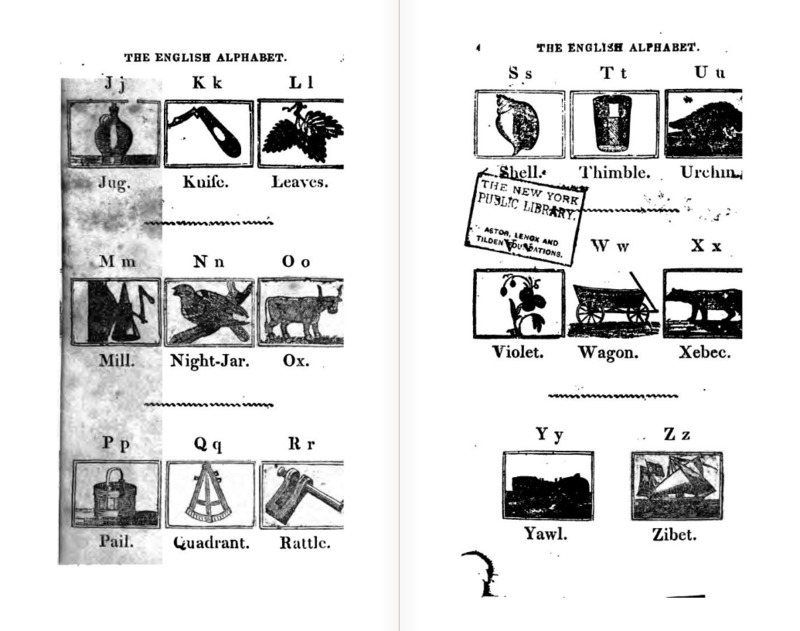 We had only one book each, but it was a great book. . . From it, like all great men, we first learned our A B C’s, then came A-b-âb, B-a, ba and so on to such hard words as ac-com-mo-da-tion, com-pen-sa-tion and the like . . . and many a slave was severely punished for being found with a copy of it [this book] in his hands.

Dilworth's book was frequently used for instruction in the United States from the late-eighteenth century onwards, but by the time Williams encountered it in the late 1850s, it would have been outdated — the final edition was published in 1827.

Even if his beloved Dilworth was outdated, the rudimentary education he received enabled Williams to go on to more structured schooling after the Civil War. In later years, Williams held up his early education experiences with the Misses Jaynes as an argument about the efficacy of cross-racial education in letters to black newspapers. In 1915, in defending the right of white teachers to teach black children (a contested question at the time), he wrote to a newspaper: “…it was my good fortune to have as teachers three ladies …and when I was about to leave school it was one of these who grasped my hand and bade me godspeed.”

William’s love and praise for these three Sisters notwithstanding, his observation about the harsh punishments enslaved people could receive if found with a book makes clear that he found these remarkable opportunities to learn amidst a culture of surveillance and oppression. Here, as in much of his memoir, he carefully balances genuinely warm memories with strategic depictions of tremendous injustice and suffering.