In his memoir, Williams also conveys the story of his older brother’s death, which forced young Samuel to take his place as an “officer’s boy” for the Confederacy:

I took my brother's place as officer's boy! And here I must admit I wore the 'gray.' I have never attended any of the Confederate reunions. I suppose they overlooked my name on the army roll! 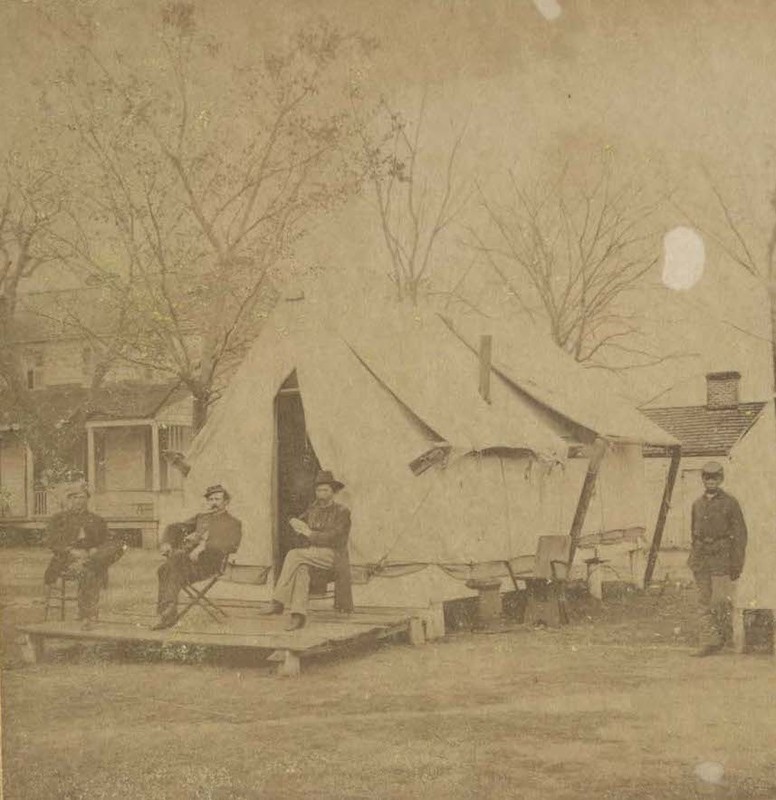 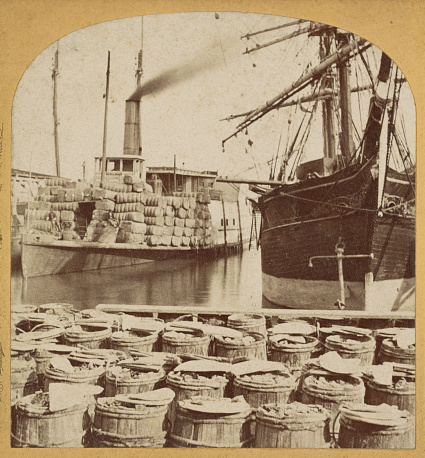 Photograph of the steamship, Planter, loaded with supplies, Charleston, South Carolina, c. 1862, courtesy of Library of Congress. While working under the Confederacy, Williams recalls seeing steamers, including the Planter, carrying Confederate supplies. The Planter was commandeered by Robert Smalls, who in an act of bold resistance to slavery used the steamer to deliver him and his family to freedom. 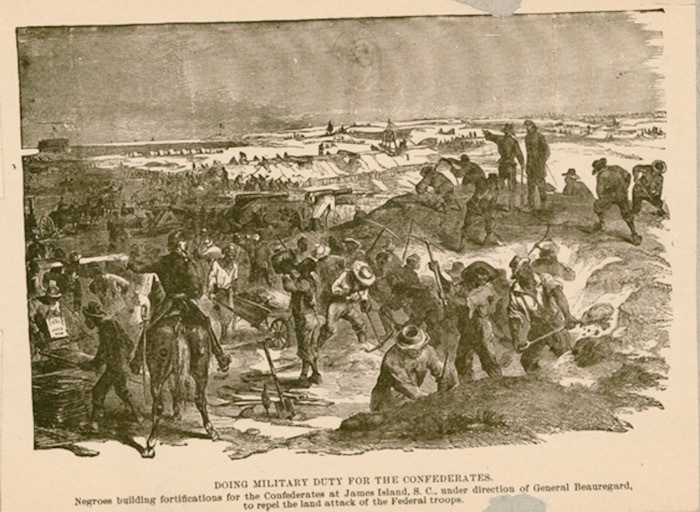 Williams’s tone in this excerpt indicates that his service should be understood in its correct context: that of forced slave labor of a child. As with all tasks that Williams’s enslavers forced him to comply with, his Confederate service speaks to his lack of freedom and choice. The time he spent laboring for a Confederate officer is not an indication of his loyalty to the Confederacy, but rather an indication that the Confederacy utilized enslaved people, even young children, to carry out their war.

With wry understatement, Williams places his own tragic family history counter to the false nostalgia people still express about loyal slaves willingly serving the Confederacy. In his case, it was the death of his older brother, Alexander, that directly led to his service under a Confederate officer, Edward Dane, the son of his enslavers. The position these two brothers were assigned exposed his brother and later Williams to the illness and pestilence of military camp life. As Williams sadly remembered of his brother, “… the dear boy contracted fever and soon died.”

In his place, ten-year-old Williams was forced to travel to the James Island encampment of Secessionville, outside of Charleston. He ran errands, waited upon Mr. Dane, and occasionally made trips from the island to the city to fetch and deliver clean laundry. Williams never experienced any battles, though he did witness Union bombardment, death, and brutal treatment of enslaved workers.

Enslaved men were forced into serving the Confederate forces throughout the South; but between 1862-64 alone, over 4,000 enslaved men were forced to labor around the Charleston area sites where they were forced to defend and rebuild fortifications and defenses on Sullivan’s Island, James Island, and Fort Sumter, among other places. Some of these men were worked to death or died of disease in these abysmal working conditions. Williams’s account reminds us not only how horrifying the encampments and battles must have been for an enslaved child, but conversely, how his child’s perspective also colored his insights at that time. “My duties were light,” he tells his readers, and as an old man recollecting events, he seems to be unsure himself how to reconcile his joy at adventure with the desperate horror he saw. To plantation owners, the enslaved men and children who died while under Confederate control were seen as financial losses. Some of the planters, members of the Confederacy themselves, sent letters to the Confederacy requesting reimbursment for their "property" losses. However, to the families of enslaved men and children, these deaths were personal and tragic losses. Williams's own mother and father, of course, lost their son, Alexander. And Williams lost his brother. 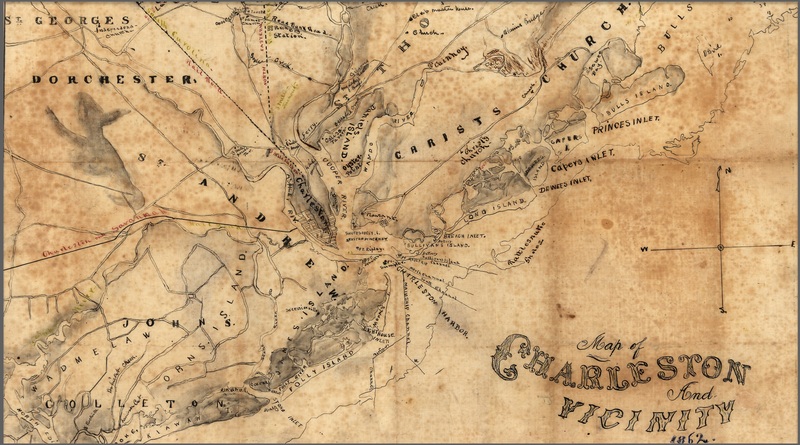 Portion of "Charleston and Vicinity" map, Joseph Roswell Hawley, South Carolina, 1862, courtesy of Library of Congress. Secessionville, where Williams was taken during the Civil War, is marked southwest of the Charleston peninsula. The railway lines Williams references as being near Pine Top Planation are also identified. For a detailed exploration of this map, see a larger version here at the Library of Congress.