The Great Migration of African Americans from the South to the North, Midwest, and West from the late nineteenth to the late twentieth centuries typically involved movement to cities for jobs and a desire to escape the constraints and violence of Jim Crow segregation. While Williams's account of moving North is peaceful, white racism and acts of violence towards black people increased as American cities saw an influx of black people. Over this time period, the nation saw a shift from having ninety percent of black Americans living in the South to having almost half of black Americans living outside of that region. Samuel Williams left South Carolina in the late 1880s, placing him at the vanguard of this great population shift. It must have been an uncertain venture during an uncertain time. 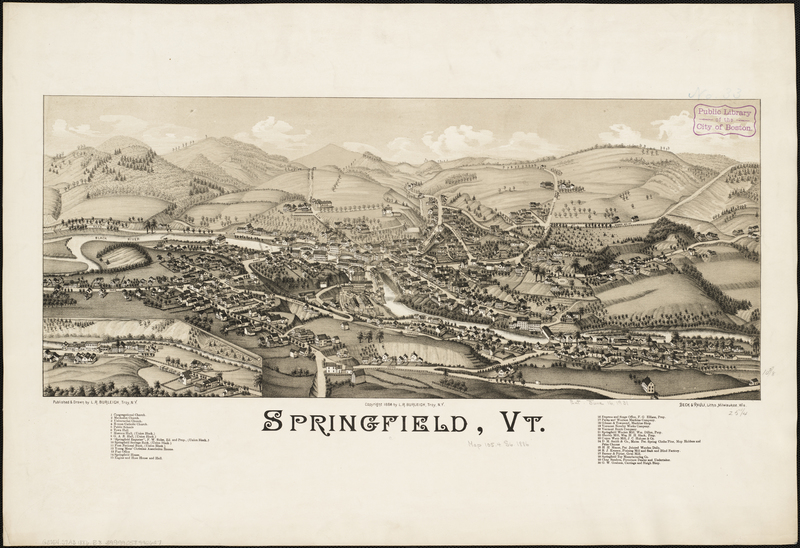 In his memoir, Williams does not reveal exactly what drew him to Springfield, Vermont (which he refers to in his narrative as "Spring Lake, Connecticut). It was certainly a state with a long history of abolitionist support and was the first state in the nation to ban slavery with their 1777 prohibition against human bondage. There is no mention of this fact in his memoirs, though, so perhaps it was just a fortuitous opportunity of some sort that came his way. He does describe a “dear relative” who had found employment up North. It is also possible, since he evidently sojourned in New York City for some period of time with his wife Henrietta, that while there he saw advertisements seeking workers for Vermont-area quarries or factories.

Whatever happened, he eagerly made the move. As he wrote, “I FOUND [sic] myself enjoying remarkable prosperity among a kind and hospitable people, who in industry, thrift and economy were unsurpassed.” Impressed by the possibilities that life in Springfield had to offer, he soon sent for Henrietta and their young children, five in all. At that point they had ten children, but five of them were older and established elsewhere. As he explained:

The arrival of seven Afro-Americans created some excitement in the little town. I took my family to the Spring Lake Hotel and registered:--Mr. Sam Aleckson, wife and children, South Carolina. The next morning I explained the situation to my employer. He very readily, and with great kindness, placed at our disposal a neatly furnished cottage which he owned. . .

We began housekeeping under very favorable conditions. There was a large apple orchard around the house, and the children were as happy as larks. 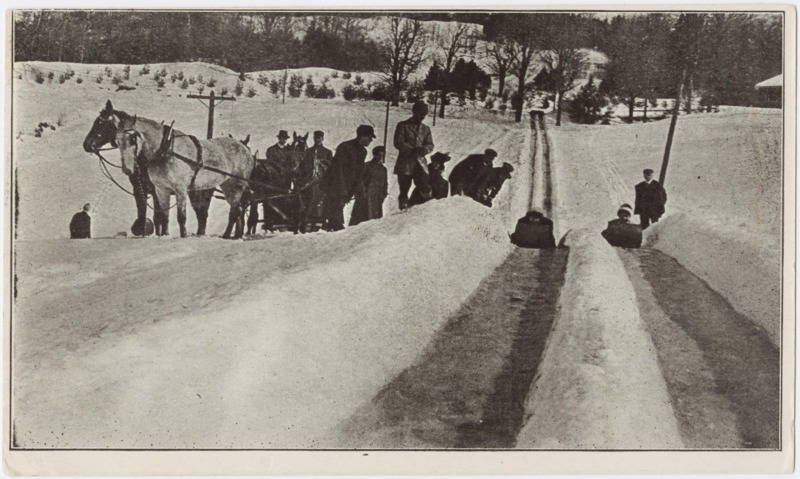 Hereafter Williams’s memoir chronicles amusing adventures he experienced with his family during their adjustment as black South Carolinians to rural New England, and he generally glosses over the challenges they must have faced as outsiders with few connections, much less any racism they may have encountered in what was then and continues to be one of the whitest states in the nation. Very few residents of color were noted in census records of the late nineteenth and early twentieth centuries.

In Vermont, Williams quickly found domestic work, shoveling snow and maintaining the furnace of an affluent patron. Though this work was difficult, he was now able to provide for his family. He complained about the cold and snow, but also appreciated many aspects of New England life. He especially praised the free and integrated Springfield schools as “perfect”— not only did they allowed his children a more consistent education than he had ever received, but also they were fully integrated and continued their schooling up through the secondary level. Williams also marveled over the abundance of pie in New England, and describes Springfield as being at “the heart of the pie belt.” His humorous observations stand in contrast to the poverty and hunger that characterized life for many African Americans left behind in South Carolina during the 1880s and 90s. 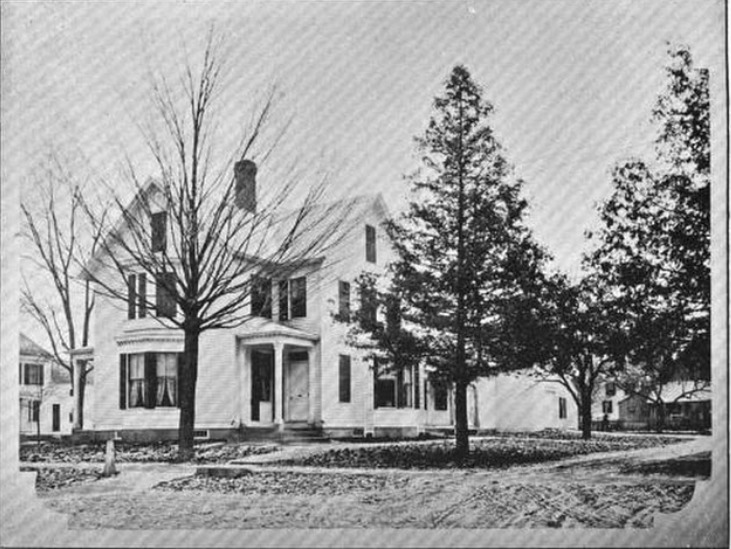 Williams worked in the region as a domestic servant for many years, living with his eldest daughter Susan in the households of various wealthy year-long and summer residents of the area. Though the details are vague, census data suggest that his second wife, Henrietta, died around the turn of the century; and by 1910, at the age of fifty-seven, Williams and Susan were both live-in domestics boarding with the wealthy Carter family in Lebanon, New Hampshire, near Springfield. The Carters owned H. W. Carter Clothing, a manufacturing company that began making overalls and evolved into the children’s clothing company operating today. While Williams's employment history is a bit murky, he evidently liked the region enough to stay there and see some of his children grow up and find employment of their own. At least one of his sons was listed as a “Porter” working at a Vermont hotel in the 1910 census.

Williams’s interest in education continued long after his own children completed their schooling in New England. Like many former slaves who had achieved their own education only at great cost and with tremendous effort, he was deeply invested in advocating for education for all children, even those who hadn’t had the good fortune to attend school in Vermont. In the summer of 1915, he penned a letter that was widely reprinted in various black newspapers around the country concerning a controversy over what was known as “The Georgia Color Line.” This legislation sought to restrict black students solely to black teachers, part of growing Jim Crow legislation codifying segregation in the United States. Williams argued in his letter for the history of positive relationships between black and white students and teachers, drawing from his own experiences.

In his letter, Williams told of the Jones sisters (whom he refers to in his memoir as the Jaynes sisters), alhtough in his article he uses neither their real or their fake names. He reflected gratefully upon how they, as white women, had defied the norms of culture and caste to teach him to read in antebellum Charleston. He also praised other white women from the South who taught black children in Charleston during Reconstruction:

After the civil war, when things became somewhat settled, many white ladies in the south, being reduced in circumstances, entered schools that had been established for colored children as teachers. Some had been large slave owners, and their object was not purely mercenary. They desired to repair in part the damage done by the cruel system of which they had formed a part. …. [their work] showed a tender solicitation for those under their care…

Though Williams's experience was being taught to read by white Southern women before the Civil War, after the war white Northern women moved to the south, including to Charleston, to educate black children. The type of legislation Williams discussed in his letter also impacted Charleston schools. In 1915, the Avery Normal School was forced to release all of the white teachers they employed. While this resulted in these white teachers seeking new employment, it also opened up employment opportunities to black teachers previously not available. In former decades, Charleston legislation placed restrictions on black teachers by giving white teachers preference for all teaching jobs in the city. As Americans placed sharper focus on segregation, making it illegal for white teachers to work in black schools, even schools that had a long tradition of interracial teaching were forced to alter their ways and Charleston's Avery Normal school had an all-black faculty after 1916.

Regardless of the region teachers were from and who benefited from the legislation emerging around 1915, Williams clearly saw the need for the nation to move away from segregation. His letter concluded, “What we need at this time as never before are such measures as tend to harmonize the various elements that enter into the development of that liberty of which Lincoln spoke at Gettysburg.”

Long after he ensured his children education in Vermont and years after penning his thoughts on racially integrated education, Williams moved again to remain near family. Williams’s daughter Susan married a successful African American lawyer and dentist in Cambridge, Massachusetts. This was likely the impetus for Williams’s eventual move to Boston, where he lived with his daughter and son-in-law for many years on Ellery Street, in Cambridge, MA. He appears to have maintained good contact with many of his children and grandchildren, as his descendants today can recall his kindly presence well through the mid-twentieth century. When he passed away in 1946, Williams would have been close to his ninety-fourth birthday.

← Freedom and Reconstruction
Writing and Publishing a Memoir →