Home of the Warings: 61 Meeting Street 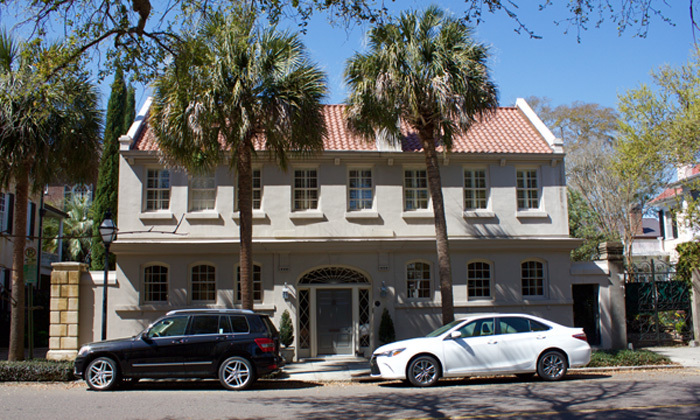 Walking up Meeting Street from the Battery, the tour next stops at number 61, the home of Federal Judge J. Waties Waring and his second wife, Elizabeth Avery Waring, who befriended Septima Clark and a number of other black leaders in Charleston. In the 1940s and 50s, Judge Waring transformed from a staunch conservative to a racial progressive, and he delivered rulings in a series of momentous civil rights cases in South Carolina. For example, in 1947 and again in 1948, Waring declared from the bench that the state Democratic Party must open its primary elections to African American voters. Because the South was solidly Democratic—or a one party region—the primary election mattered more than the general election. Whoever won the Democratic primary went on to hold office.

In 1951, a panel of three federal judges that included Waring upheld school segregation by a vote of two-to-one in Briggs v. Elliott, a case from Clarendon County, South Carolina. Judge Waring cast the lone vote against school segregation, and issued a twenty-one-page vigorous dissent in which he declared, “Segregation is per se inequality.” The Briggs case became one of five cases folded together under Brown v. Board of Education (1954) in which the U.S. Supreme Court ruled segregation unconstitutional throughout the nation.

The Warings invited leading African Americans, including Clark, to their home in downtown Charleston many times to discuss civil rights issues. In a 1950 article about Waring entitled “Lonesomest Man in Town,” published in Collier’s magazine, Clark appears sitting around his dining room table. Other black women present include Ruby Cornwell and Susan Dart Butler, who both contributed to the freedom struggle in Charleston. Cornwell was a prominent leader in the Charleston branch of the NAACP, and Butler successfully launched an initiative to establish the first free library for African Americans in Charleston in 1927. The majority of both black and white Charlestonians in the 1950s considered it radical for people of different races interacting as equals, particularly in the home of a white family in the exclusive Charleston neighborhood south of Broad Street. Equally controversial was Clark’s insisting that the Warings visit her home on Henrietta Street, because she felt that integration had to work both ways. 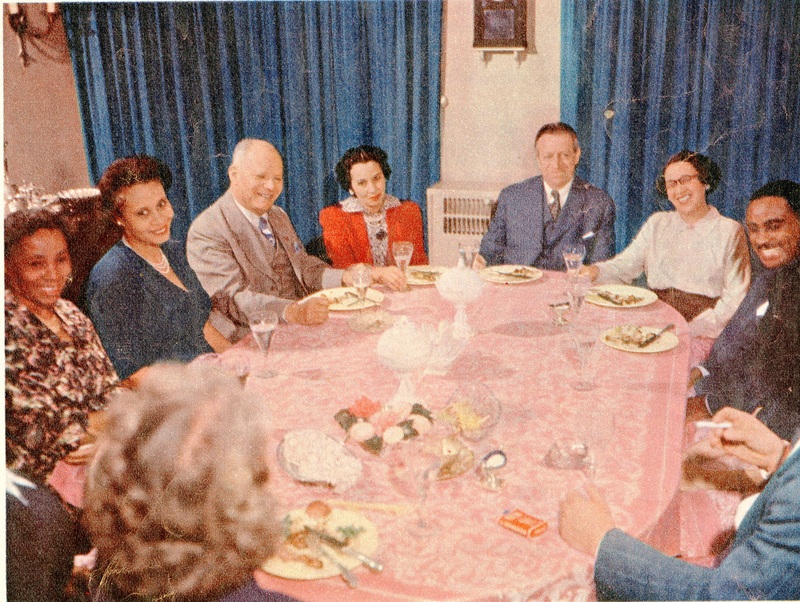 Septima Clark (far left) and Ruby Cornwell (second from left) sharing a meal with the Warings and other Black leaders in Charleston, ca. 1950, photograph in Collier’s magazine article entitled “The Lonesomest Man in the World,” courtesy of Collier’s Magazine. In 1950s, most Charlestonians considered it radical for black and white people to mix as equals in a social setting, particularly in the home of a white family in Charleston’s elite neighborhood south of Broad Street.