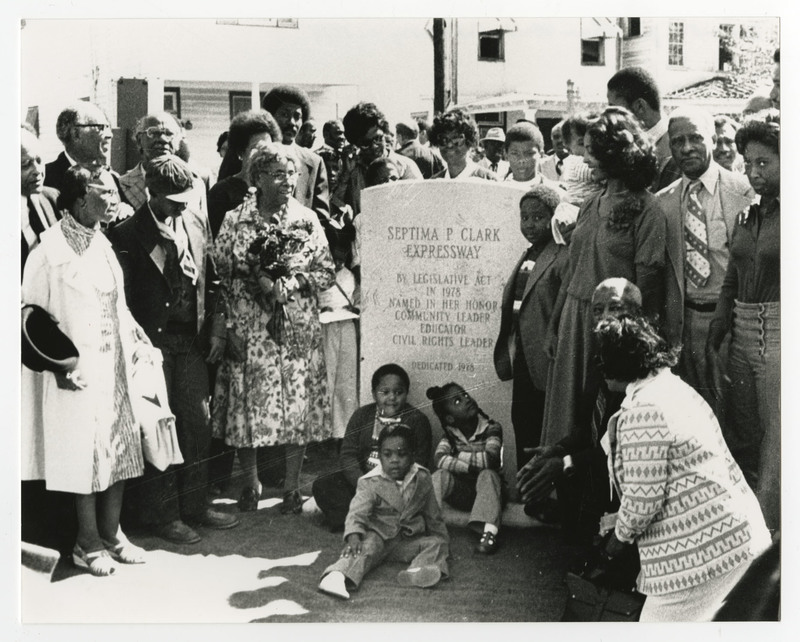 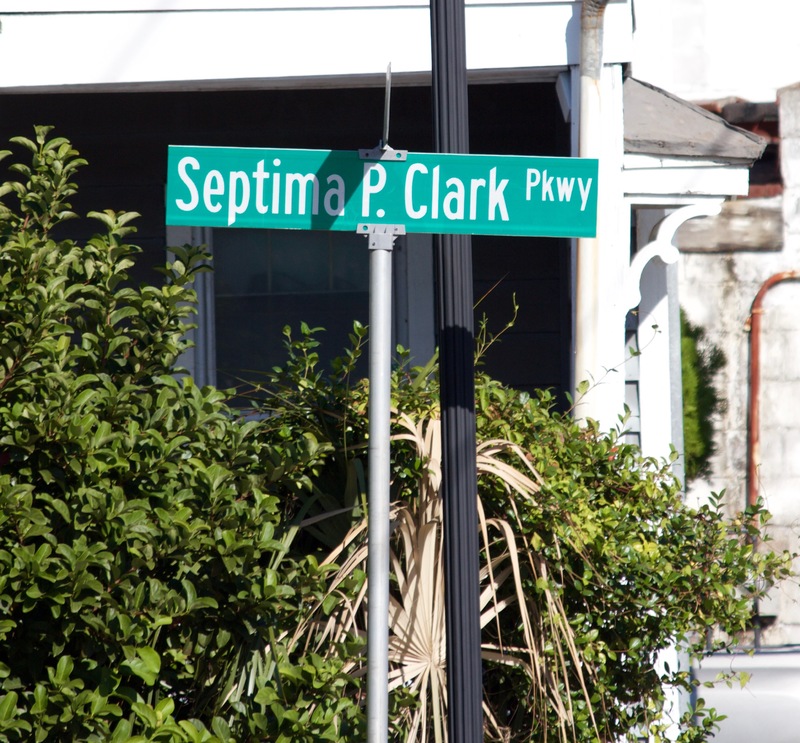 This virtual tour begins at the two most prominent sites honoring Septima P. Clark in the city: an expressway into downtown Charleston with an adjacent memorial park. Though this expressway and park represent important commemorative steps, they cannot offer a comprehensive understanding of her life to the public. For example, many of the city’s current residents drive on this thoroughfare every day with no knowledge of Clark’s historic significance. Moreover, neither the park nor the expressway are accessible for walking tours. As local archivist Harlan Greene observed, the park could only “help educate the folks running for their lives to cross it.”

The Septima P. Clark Parkway also has a painfully disruptive history in Charleston’s African American communities. The city initially built the road as the “Crosstown Expressway” in the 1960s, as a part of larger urban renewal efforts found throughout the nation. As happened elsewhere, the Crosstown bisected historic black mixed income neighborhoods in the city, severing longstanding community connections and creating a highway too dangerous for pedestrians. In 1978, the City of Charleston and the South Carolina Department of Transportation renamed the expressway to honor Clark by erecting a marker alongside it. At best, this marker was a gesture of inclusion; at worst, it was an insult to both Clark and residents in the community who had been dislocated by its creation. Moreover, this designation remained symbolic—official records and street signs along the expressway still referred to it as “Crosstown.” At the request of City Council member William Dudley Gregorie and Charleston Mayor Joseph P. Riley, the name “Crosstown Expressway” officially changed to the “Septima P. Clark Parkway” on April 21, 2010, and the Traffic & Transportation Department soon installed street signs indicating the new name. Shortly afterward, the city also funded the development of the Septima P. Clark Memorial Park, which is located at the intersection of the expressway and President Street.