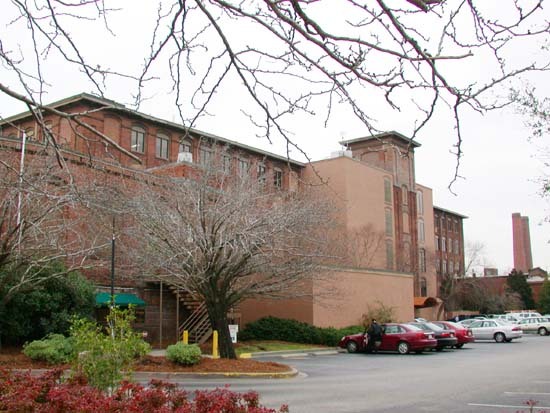 Former Cigar Factory building, Charleston, South Carolina, ca. 1980, courtesy of the National Register of Historic Places Program, South Carolina Department of Archives and History. In 1980, Johnson and Wales University held culinary classes in the former Cigar Factory building, and the building was listed on the National Register of Historic Places.

In 1966, Charleston’s Cigar Factory laid off nine hundred workers. In 1973, the factory closed its doors. The decline and eventual shut down of the factory occurred for a number of reasons; including the globalization of the tobacco industry, as well as the decline of tobacco use after a series of class actions suits forced the American Tobacco Company to place warning labels on tobacco products and limit advertising. 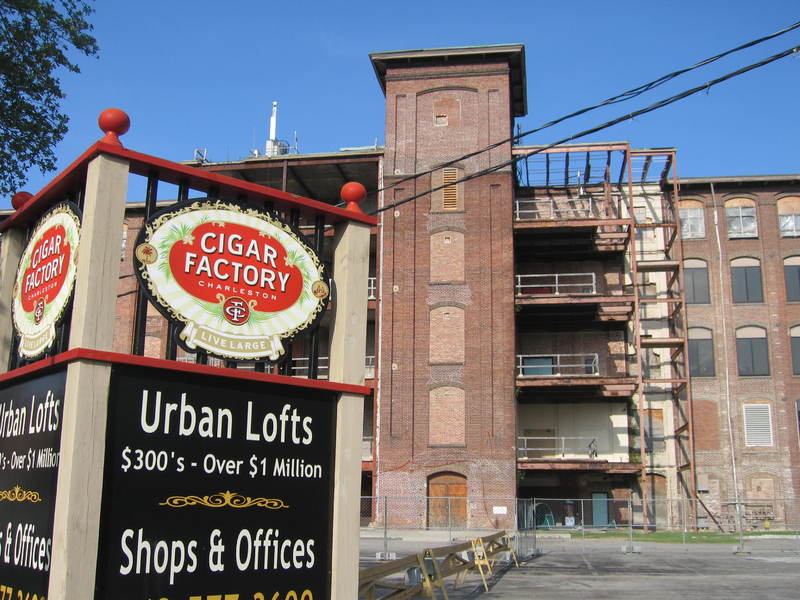 In 1980, Johnson and Wales University began offering culinary arts classes in the former Cigar Factory building. That same year, the City of Charleston placed the building on the National Register of Historic Places. City officials sought to preserve the significance of the building’s architecture as one of the last surviving Victorian-era industrial buildings in Charleston, and to highlight the site’s prominent role in the region’s textile and tobacco industries. The history of the massive labor strike that occurred at the Cigar Factory in the 1940s was not included in their preservation efforts.

The strike nevertheless continued to survive in the memory of local labor and civil rights activists. On September 4, 1995, workers gathered at Agape Ministries Chapel on East Bay Street for a Cigar Factory reunion where they were honored by the Carolina Alliance for Fair Employment (CAFÉ). 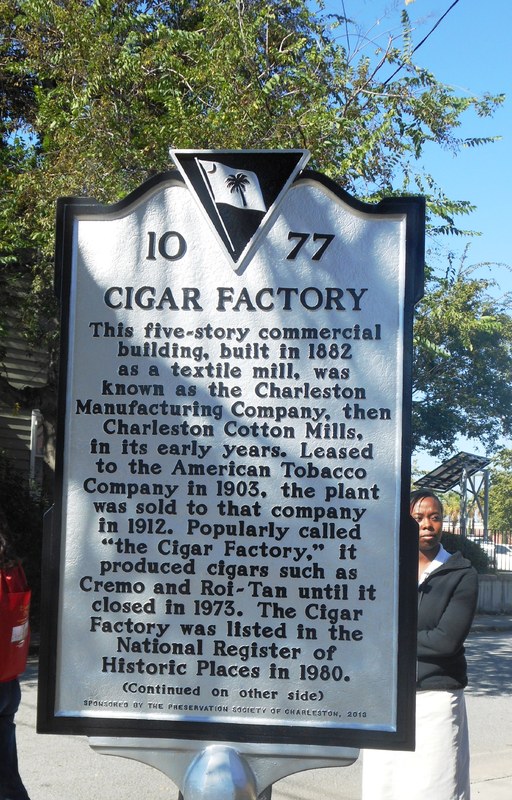 In 2006, Johnson and Wales relocated to Charlotte, North Carolina. In mid-2007, Boyd Simpson, CEO of a real estate development company in Atlanta, Georgia, purchased the Cigar Factory for over $20 million. He planned for the building to become a mixed-use space, with offices, retail stores, and private condominiums. In 2008, the Simpson Organization published advertisements that featured cigars in the shape of tools, in an effort to blend the legacy of the factory’s industrial past with the new modern loft development. In May 2009, the Simpson Organization’s financing bank failed, and construction temporarily halted on the Cigar Factory development project, though the potential for future development remains. 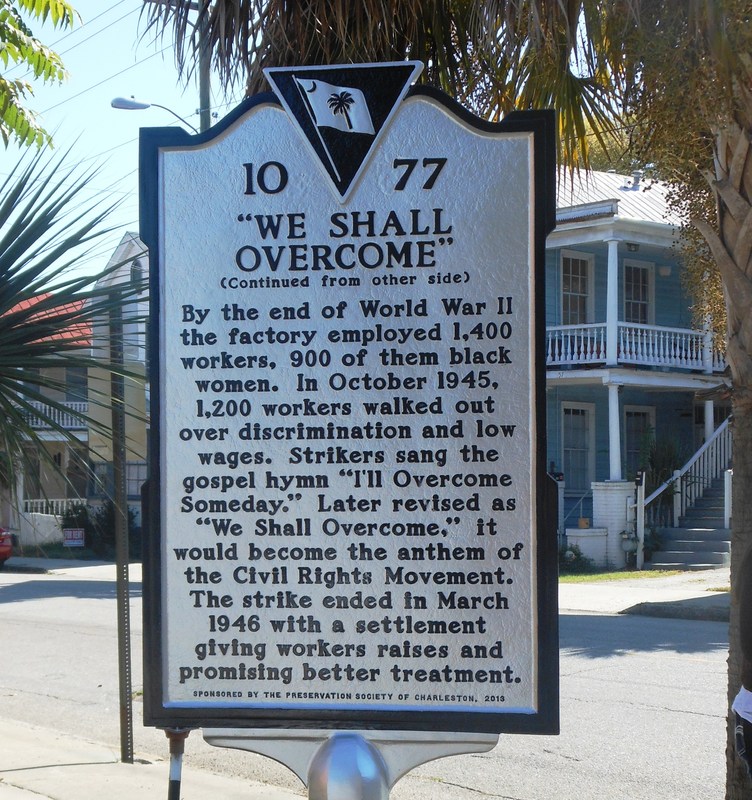 Historic marker for Cigar Factory, image by Kerry Taylor, Charleston, South Carolina, October 2013. In April 2013, the Preservation Society of Charleston unveiled a historic marker that commemorates the Cigar Factory Strike in 1945-46. The marker also notes that strikers sang a gospel hymn that would later be transformed into the anthem of the twentieth century civil rights movement, "We Shall Overcome."