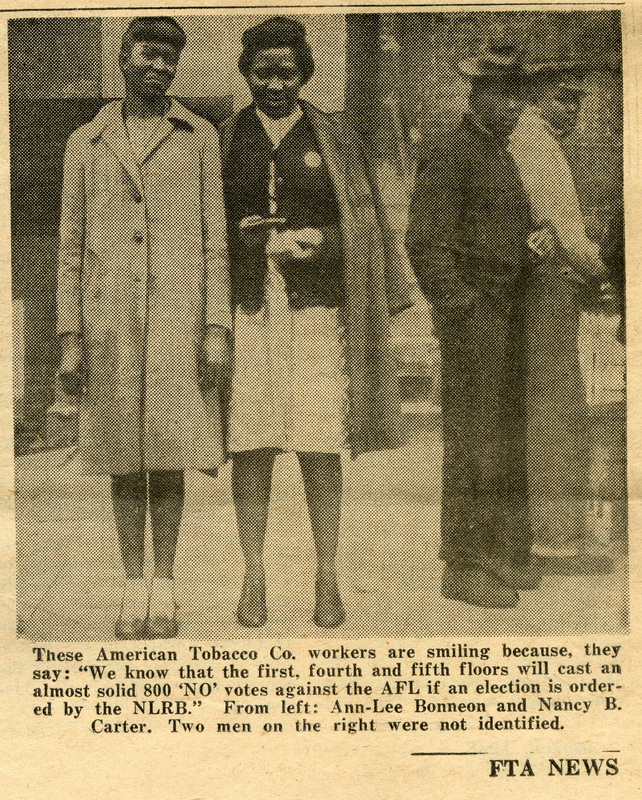 In an unusually cold and wet winter for Charleston, striking Cigar Factory workers faced many challenges. Many of the women involved were the breadwinners of their families, and the lack of income was a burden. The machinists, all of who were white men, refused to provide any financial, physical, or moral show of support for the strikers, and in some cases they aggravated tensions. Activist Karl Korstad, a white war veteran who had been stationed in Charleston, recalled one example of such tensions in a union magazine article. As he describes, in January 1946, a white Cigar Factory mechanic spat on the leg of a black woman. As she wiped off her leg, she swore at him. The police arrested the striker for causing a disturbance. At her hearing, two white female picketers testified, “That scab spit on this sister’s leg, and she swore only once. If it had been me, I’d have done a whole lot more than just swear." The judge dismissed the woman’s case. While many workers were arrested for any perceived instance of “disorderly conduct,” this example of worker solidarity demonstrates how labor concerns could at times surpass racial divides during the strike. 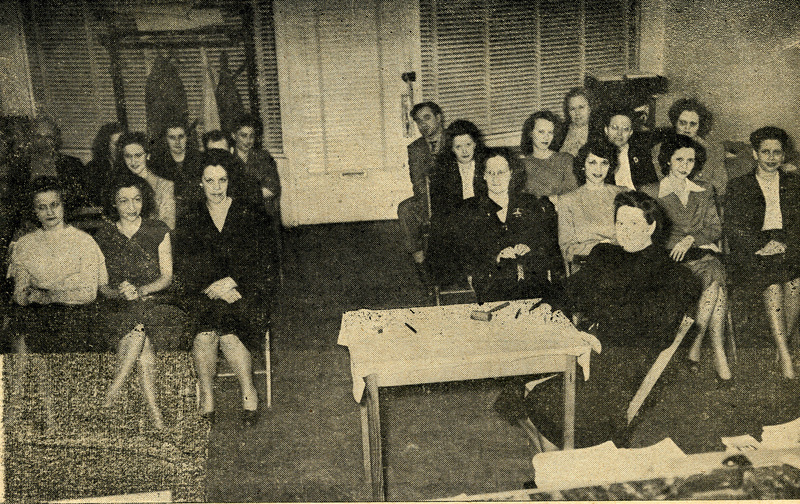 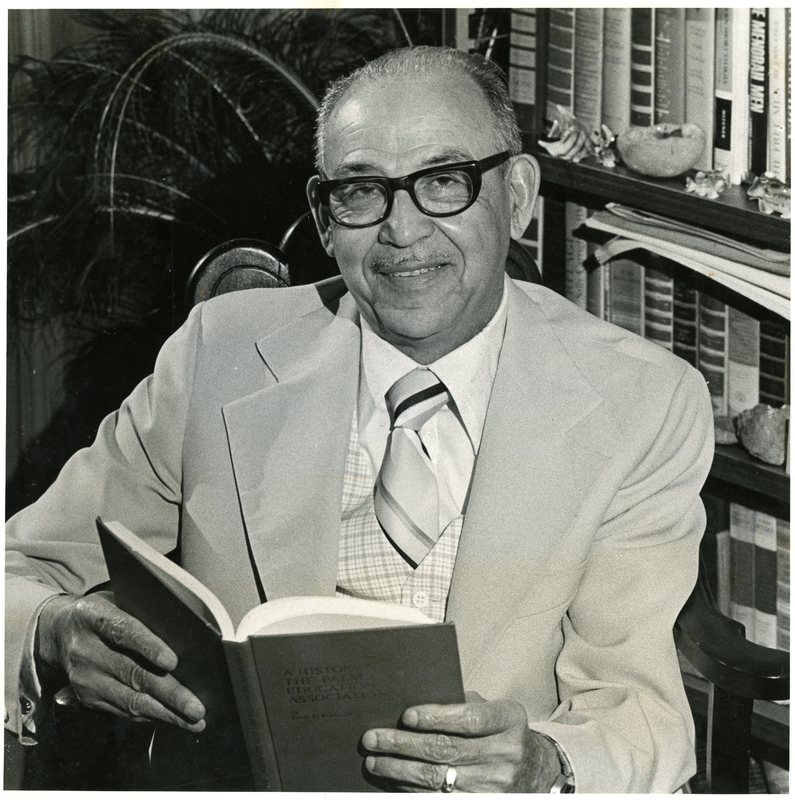 John Potts, ca. 1970, courtesy of Avery Research Center. Potts was the principal of the Avery Normal Institute from 1945 to 1954.

Building support from whites outside of the Cigar Factory was also important to the strikers. Korstad, along with his wife Frances Rodgers Korstad, helped champion progressive causes throughout the U.S. South in the 1940s and 1950s. As members of pro-labor and civil rights organizations, they worked to draw attention to the Cigar Factory strike. In the early 1940s, the Korstads successfully helped to organize the Local 22 at the R.J. Reynolds Tobacco Company in Winston-Salem, North Carolina, and they brought their expertise to Charleston’s Local 15. The Korstads also used organizational ties to groups such as the Southern Conference for Human Welfare (SCHW) to enlist financial support for the striking workers. Founding SCHW members Virginia Durr and Clark Foreman also helped to establish the Emergency Committee to Aid Families of American Tobacco Company Strikers. Additionally, a permanent SCHW chapter was organized in Charleston with John Potts, the Avery Normal Institute’s principal, as the president, and Frances Korstad as secretary.

This middle-class collaboration with working-class Cigar Factory workers provided a context for attracting the support of southern white progressives. Charleston’s SCHW members proposed a "New South Lecture Series,” which included five monthly public talks given by white and black southern progressives on issues critical to the postwar U.S. South. Regularly held at the Morris Street Baptist Church in downtown Charleston, the lecture series ran from November 1945 to February 1946, and helped to raise funds for striking workers. Attendees purchased tickets to the series for one dollar, or they could pay fifty cents per lecture.

The series relied on the organizational support of local African American churches, schools, and political organizations in Charleston and the surrounding Lowcountry region. Black ministers, Avery Institute teachers, and NAACP leaders sold tickets to the lectures. Other supportive organizations, such as the National Maritime Workers Union (NMWU) and the Citizens Political Action Committee (a middle-class, pro-union group), additionally agreed to sell tickets to the lectures. In the first talk of the series, Aubrey Williams, former director of the National Youth Administration, attracted over one thousand people to Morris Street Baptist Church. Over 250 whites attended, and nearly half of them had no affiliation with the Cigar Factory or Local 15. 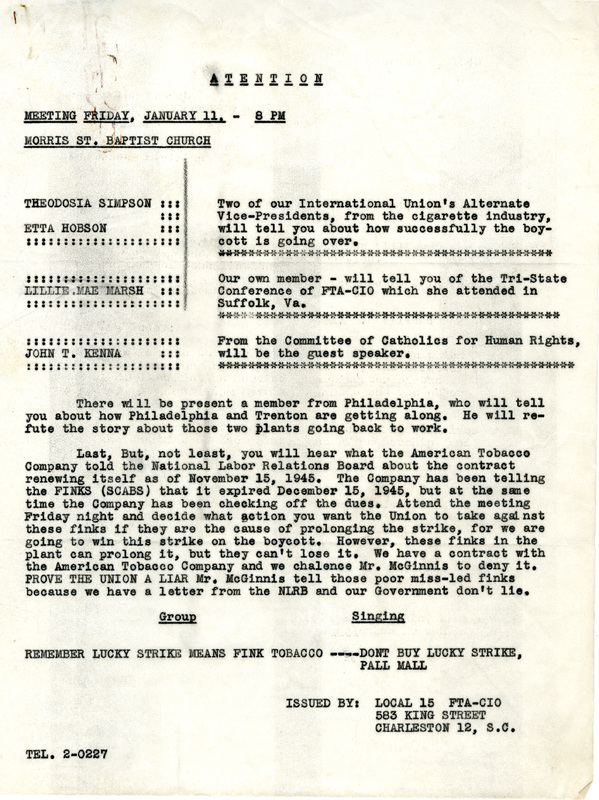 ← The Charleston Strike
The Strike Ends →