A System of Inequality 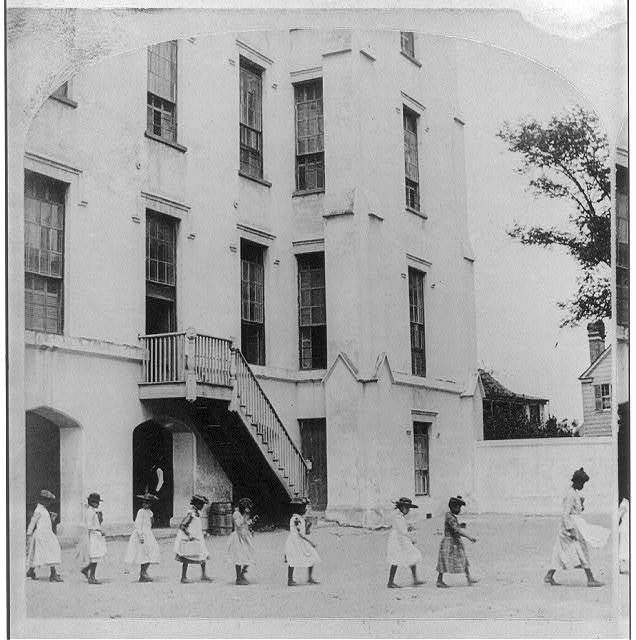 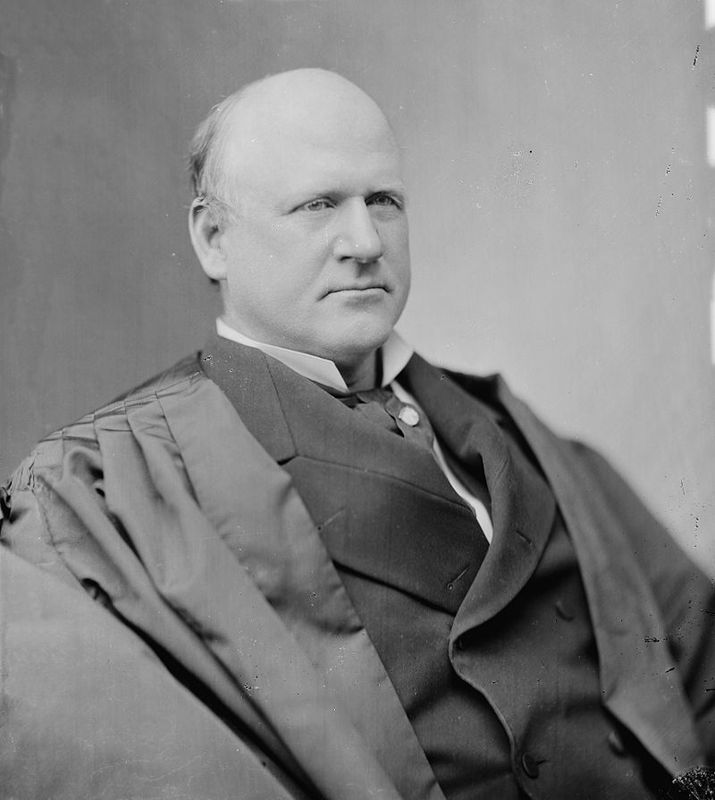 (Top) Photograph of students following a teacher in the schoolyard at Simonton School, Charleston, South Carolina, photograph by B.W. Kilburn, circa 1891, courtesy of Library of Congress. (Bottom) Judge John Marshall Harlan, circa 1880, courtesy of Library of Congress. Justice Harlan, the lone dissenter in the Plessy v Ferguson ruling, wrote of his disagreement of the “separate but equal” clause, “Our constitution is color-blind, and neither knows nor tolerates classes among citizens.”

In the late nineteenth century, after the end of the United States Civil War and the Reconstruction era, South Carolina set up its system of racially segregated public schools. The state’s decision was reflective of a broader resolve by Southern states to codify school segregation. In 1895, South Carolina drafted a constitution that is still in place today. That constitution allowed for public schools, but it required the schools be segregated by race. In 1896, the United States Supreme Court gave its blessing to all segregation in its ruling on Plessy v. Ferguson. The court’s ruling, known as “separate but equal,” codified segregation as long as the segregated facilities were equal to one another.

Although the Plessy case ruling meant building and funding of white schools required building and funding of Black schools, South Carolina and most other states ignored the Supreme Court mandate of equality. Many of South Carolina’s school districts did not bother to provide funding to create Black schools at the end of the nineteenth century at all. It was up to African American communities, including their churches, to find places to house schools and obtain what little funding they could from the local school board for teacher pay. More urban counties, such as Charleston and Richland Counties, did have publicly funded Black schools during this time. Columbia’s Howard School, the only Black public school in the capital city, opened in 1869. In Charleston, the National Freedman’s Relief Association opened an African American school, the Morris Street School and they transferred funding of the school to the city in 1867. The Charleston Industrial Institute, now Burke High School, did not open until 1894.

By the early 1900s, it was more than clear that only the “separate” aspect of the “separate but equal” Supreme Court decision was being implemented in South Carolina. Funding and facilities were blatantly unequal. At the turn of the century, South Carolina spent an average of $14.94 on each white student and only $1.86 on each Black student. From the end of the Civil War until the 1920 census, the state’s population also had a Black majority. This made school inequality even greater. The lack of South Carolina’s financial investment in Black students meant that many Black schools could only cobble together enough funding to pay teachers for four months out of the year, resulting in Black students receiving less education than white students. Most of the access to Black high schools came from private schools opened by African American private colleges, such as Friendship Normal and Industrial Institute in Rock Hill, Brainerd Institute in Chester, and three Lowcountry schools: Mather School in Beaufort, Avery Normal Institute in Charleston, and Lang High School in Mount Pleasant. 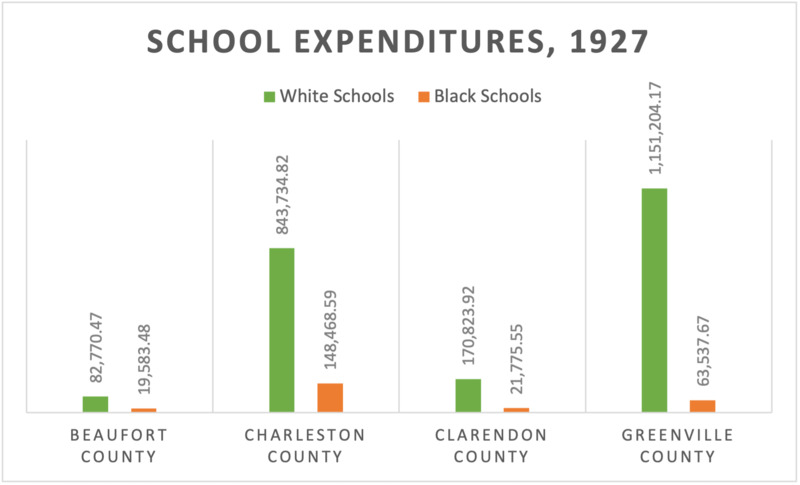