A Move Toward Equality I: Equalization Schools

After World War II, across the South there was growing unrest among African Americans regarding the racial inequality in the United States education system. In South Carolina, the inequalities were so much in Summerton that Black families would no longer stay quiet. 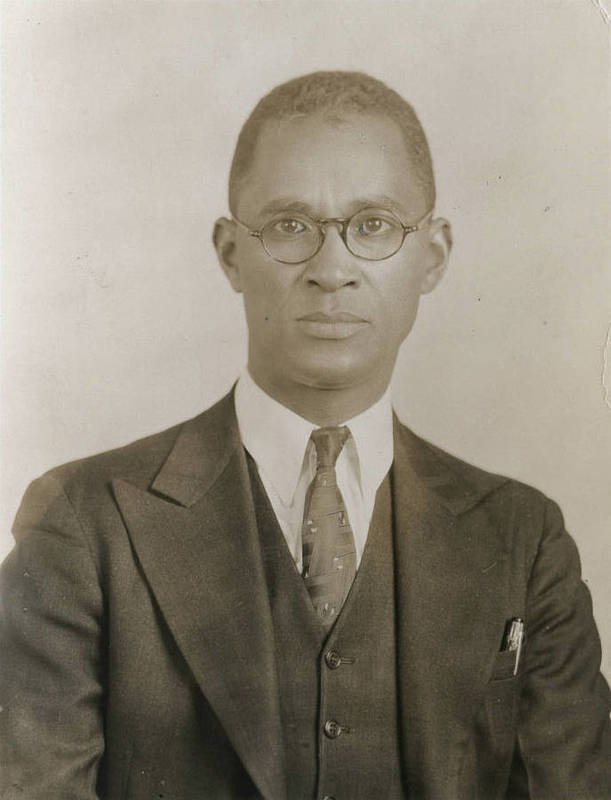 By the time the United States geared up for World War II, the Army was rejecting about one-third of South Carolina’s draftees, both white and Black, because of their lack of education. By the US military’s standards, a “lack of education” signified a person was unable to read or complete basic math problems. While the entire state lagged behind the national standard, Black schools remained significantly unequal to white schools in South Carolina, with rural Black schools facing the worst school conditions and learning outcomes. Without the state distributing equal funding, South Carolina’s Black schools were physically deteriorating, classrooms were overcrowded, and buildings often lacked electricity or running water. 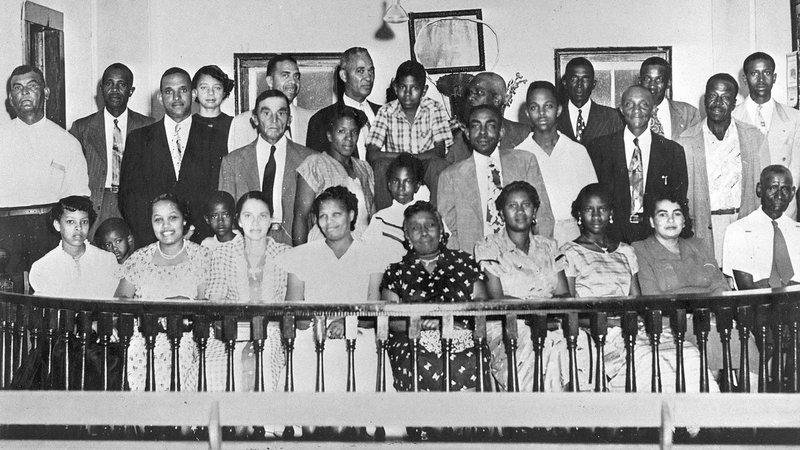 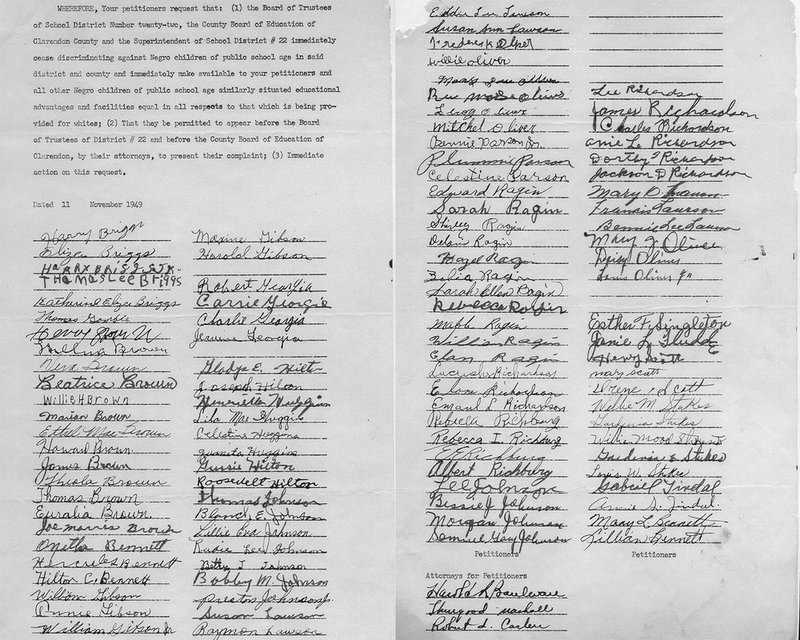 In South Carolina, using Plessy v Ferguson’s requirement of “separate but equal,” twenty Black Summertons sued local school board officials in 1949 by calling attention to the complete lack of equal facilities and funding in Clarendon County. Led by local pastor J.A. DeLaine, who worked with both state NAACP leadership and local Black parents and teachers, Summerton families succeeded in gaining the attention of national NAACP leadership with their lawsuit.

The white backlash against the Black families who signed the petition began. Harry Briggs’ boss asked him to remove his name from the petition. When he did not, Briggs was fired on Christmas Eve. Eliza Briggs also lost her job. Another signer, Annie Gibson, was fired from her job and then evicted from her house on Christmas Eve. White employers fired Rev. DeLaine and members of his family from their jobs. Whites’ intimidation partially worked, but twenty people remained on the petition despite the backlash. Rev. DeLaine’s daughter noted it was a “not-so-Merry Christmas.”  Shortly after Christmas 1949, the DeLaine’s Summerton home burned down.

Photograph of Joseph A. Delaine, Sr. and his family looking at their burned home, Summerton, South Carolina, circa 1950, courtesy of the University of South Carolina Libraries Digital Collections.

Led by Governor James Byrnes, the General Assembly passed a three-cent sales tax to fund all the new equalization schools. This was the first time that the state permanently taxed goods for sale. The purpose of the tax was to maintain segregation by funding new Black school construction. South Carolina put the program in place in 1951 just before the federal district court hearing in the Summerton suit, Briggs v. Elliott. By the time the federal court heard the Briggs case in June 1951, the NAACP and the Summerton parents revised their suit away from equalization, calling for complete desegregation. The federal court ruled that desegregation would not occur, but directed South Carolina to provide equal schools and education. In a break from the Southern tradition, Federal Judge J. Waties Waring, who sat on the district court, issued a strong dissent, stating that segregation “is an evil that must be eradicated.”

After the loss in the federal district court, the NAACP and the Briggs petitioners appealed the decision to the United States Supreme Court. In the meantime, South Carolina state leaders worked with local school districts to continue to build new public schools for Black students. The new school program meant that most one- or two-room schools closed, and students attended larger schools. This consolidation resulted in many Black students no longer living within walking distance of their assigned school. South Carolina purchased a fleet of buses. Now both white and Black students could ride their segregated buses to their segregated schools, a first for Black children in the state.

Although the small one- or two-room schools many Black children attended were significantly unequal to the white schools, those small schools were at the centers of their rural communities. Teachers and principals lived in or near their schools, and they attended church and other community events with their students and parents. Black schools hosted picnics, plays, and celebrations, in addition to school graduations and other ceremonies. However, state-level decisions to consolidate these older schools for the equalization school program erased these community centers. Between 1951 and 1954, over 800 schools closed. Most of these were Black schools.

← A Demand for Equality: Rosenwald Schools
A Move Toward Equality II: Brown v. Board of Education →