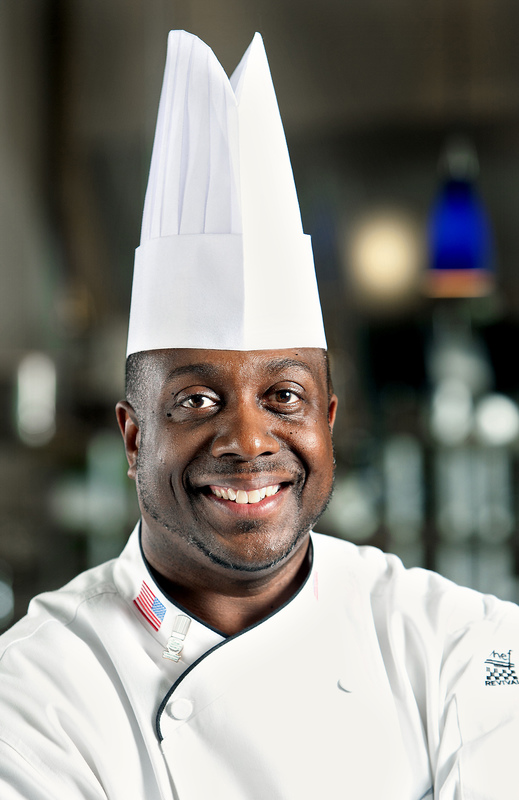 Kevin Mitchell, photograph by Mic Smith, 2011, courtesy of the Culinary Institute of Charleston.

It’s said that food brings people together. This has certainly been the case for African Americans. Distinctive dishes and cooking styles played a central role in West and Central African societies, and enslaved Africans from these diverse regions brought these culinary traditions with them when they were forced to the Americas. Their African American descendants carried on many of these traditions, while also adapting to American ingredients and incorporating European and Native American cooking styles. Today, many recipes in African American households have been passed down from generation to generation. Based on these traditions and adaptations, black cooks made significant contributions to the culinary arts. From cooking for white elite families (as well as their own families) both during and after slavery; to preparing food in the kitchens of great hotels and railways across the country; to filling high positions in fine restaurants today—African American chefs shaped and continue to shape American cooking.

In the mid-1800s, one African American master of cuisine emerged to become the most sought-after cook in Charleston, South Carolina. Nat Fuller—caterer, game marketer, mixologist, and head cook of the Bachelor’s Retreat restaurant—played a central role in the city’s culinary culture, even during a time when the city was in ruins after the Civil War. As an African American chef in Charleston today, I am honored to play a role in promoting awareness of Fuller’s culinary career at the commemorative feast event on April 19, 2015. In this exhibition section, I will discuss Fuller’s skills from the perspective of a chef, and will present a select group of recipes that reflect what Fuller may have passed down to his many protégés. 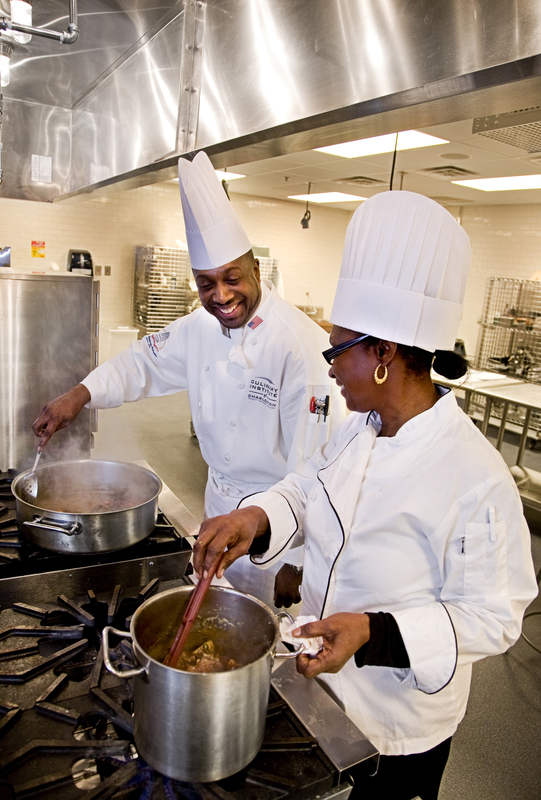 With any chef, his or her food is only as good as the dishes created and the recipes developed to execute them. Fuller did not have the luxury of training at a culinary school. Instead, like many others, he apprenticed under great cooks to master his craft. Nat Fuller was an expert with game and fish, and he was skilled at training his staff and protégés in the intricacies of his dishes. We know this through the Bills of Fare published in contemporary papers and retained by his protégés after his death. For example, we see remarkable culinary skills in many of the dishes that show up in Bills of Fare from Thomas R. Tully, a prominent African American caterer in Charleston who was trained by Fuller.

Several of Fuller’s dishes received acclaim from his many Charlestonian clients, including his green turtle soup, shrimp pie, fried whiting, and pigs feet stewed with tomato, to name a few. He would have carefully protected recipes for these dishes as proprietary knowledge. Professional cooks during the 1800s were often concerned with the competition taking recipes and claiming them as their own. For this reason, apprenticeships played a major role in the education of future cooks. You learned the craft by watching carefully what was going on around you.

At the heart of Fuller’s dishes lies the beauty of his ingredients. We know that Fuller worked in the game market in the 1850s, so he had access to the finest local products sold in the surrounding stalls. Exclusive connections with game providers in New York City gave him a range of meats unequalled in the city.

Being a caterer requires a diverse range of skills. You must master the art of cooking and be a master of managing people and timing. Caterers like Fuller had to coordinate staff who were cooking and serving many different hot and cold items for groups ranging from twenty to six hundred. As a chef who has worked in a hotel with one thousand rooms, and as part of a team that executed events for over eight hundred people, I can attest that it takes tremendous skill and labor to oversee a catering event. Fuller’s reputation suggests that he was indeed a master. 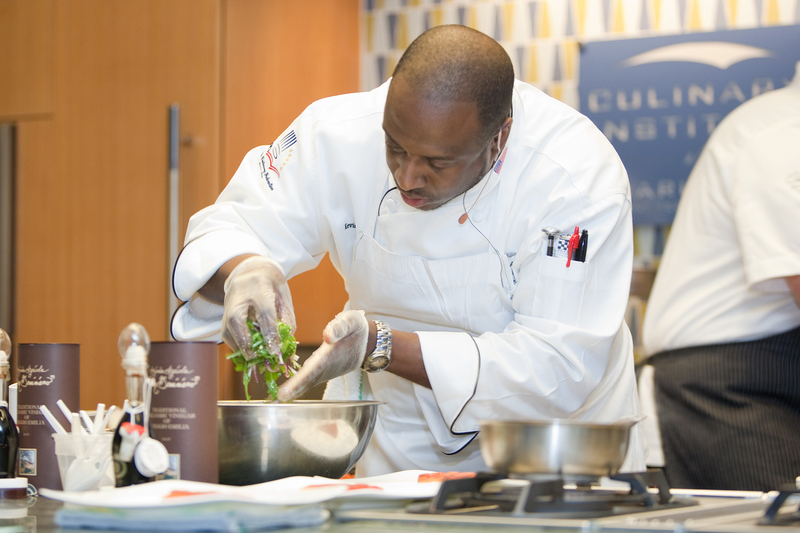 Kevin Mitchell, photograph by Mic Smith, 2009, courtesy of the Culinary Institute of Charleston.

Anyone classically trained in French cuisine knows that sauces hold an important place on any Bill of Fare. Fuller was well known for his mustard, mayonnaise, catsups, and other sauces, including white sauce (in the chicken pie), anchovy, Worcestershire, mushroom, oyster, tomato, caper, Madeira, olive, and lemon sauces. In French cuisine the saucier is a position of great respect and takes great skill to master. In West African traditions, the ways of spicing while cooking take center stage, and consist of (1) adding flavoring ingredients—seasonings, herbs, spices—to liquids in the cauldrons and stewpots, or (2) infusing hot oils and fats with spices and seasonings for frying and sautéing. With sauces you can cook an ingredient simply—for example, the boiled [poached] fish dishes that are on Fuller’s bills of fare—and use the natural flavor as a basis upon which to apply a range of others. Still, as any chef will tell you, the path to a great sauce will start with a good stock or broth. We have to assume that Fuller had a knack for turning bones, mirepoix, water, and aromatics into the grandest of stocks. Any culinary student that walks through my kitchen must first master the beauty of a stock before she can put protein to flame. In addition to spicing, it is important to coax the wonderful flavors of the bones into the stock—sauce will only be effective after achieving the optimal stock flavor.

Finally, in addition to his catering skills, Fuller was a master mixologist. He was famous for several cocktails: Mint Julep, Brandy Smash, and gin with bitters. Fuller also had an affinity for champagne in the 1850s. He was competing with other caterers, as well as major hotels, bar rooms, and restaurants in Charleston. These establishments prided themselves on stocking the finest spirits, so Fuller enhanced his repertoire with champagne—he even featured champagne a decade before it became a necessary feature of a banquet.

With an eye for every detail, Fuller ultimately provided the finest experience in both dining and imbibing for his many clients in Charleston.