Detail of nineteenth century silver-plated steel hatelet skewer, courtesy of Michael Finlay. Hatelet skewers were typically used to eat various vegetables or meats. Once Nat Fuller was established as a successful caterer, he had the resources to furnish fine utensils like these for his events. 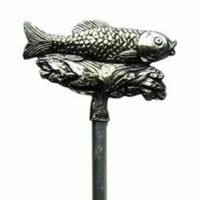 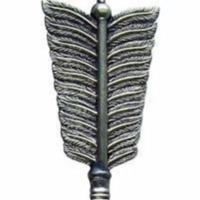 In the early nineteenth century, the title of caterer encompassed anything from being the master of ceremonies at an event to the preparer of the food and manager of service. Various cities employed the term with different meanings: in New Orleans it meant a restaurateur; in Philadelphia it meant the master of ceremonies at public events and entertainment; and in Boston, Baltimore, and Charleston, it chiefly signified the person charged with preparing and managing public banquets. Caterer was also one of the few, and most lucrative, prominent public positions that could be acceptably filled by an African American during slavery. For this reason, a number of American cities featured influential black caterers during the nineteenth century: John Dabney in Richmond, Virginia; Isaiah Leconte in Philadelphia, Pennsylvania; Thomas Downing in New York City, New York; George Downing in Newport, Rhode Island, and Washington, D.C.; Henry Jakes in Baltimore, Maryland; Emiline Jones in Long Branch, New Jersey; and Lexius Henson in Augusta, Georgia. These men and women had the training and skills to cook for large numbers; manage books to minimize costs; transport china, silver, tables, linen, tents, and foodstuffs; hire reliable wait staff and cooking assistants; contract for entertainment; and speak eloquently at major gatherings.

By 1855, Nat Fuller had already served meals to many of Charleston’s elites, including large parties. He also knew the food markets and had connections with suppliers, as well as a network of free and enslaved African American food preparers and waiters. Once he saved enough money from his work in the game market, he could begin his career as a public caterer in Charleston. Even before he had secured the equipment, he most likely borrowed Eliza Lee’s china and flatware to serve at his first major event as a professional caterer: the Anniversary Dinner of the South Carolina Medical Society on December 6, 1855, at the auctioneer’s hall on 33 Broad Street. 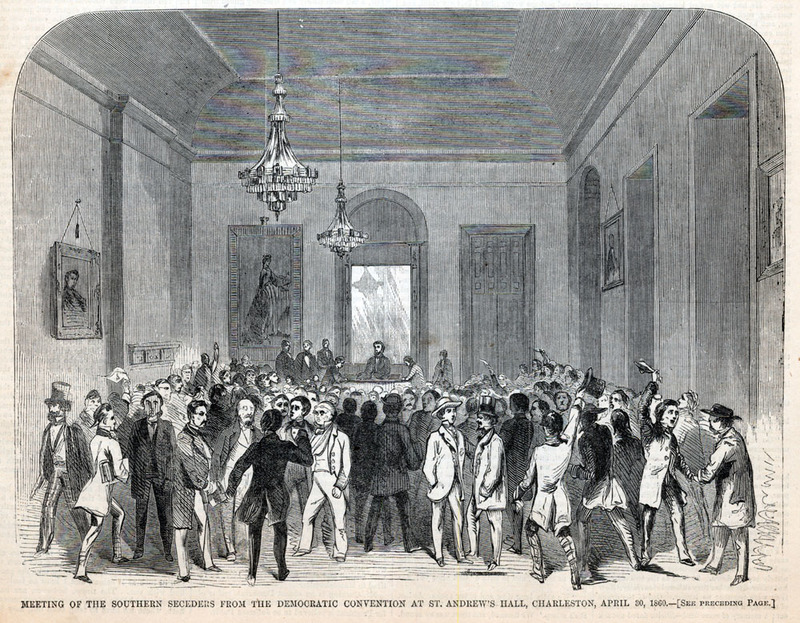 "Meeting of the southern seceders from the Democratic convention at St. Andrew's Hall," Harper's Weekly, Charleston, South Carolina, April 30, 1860, courtesy of the Library of Congress Prints and Photographs Division. Fuller, along with his successor Tom Tully, catered events held at St. Andrews Hall. 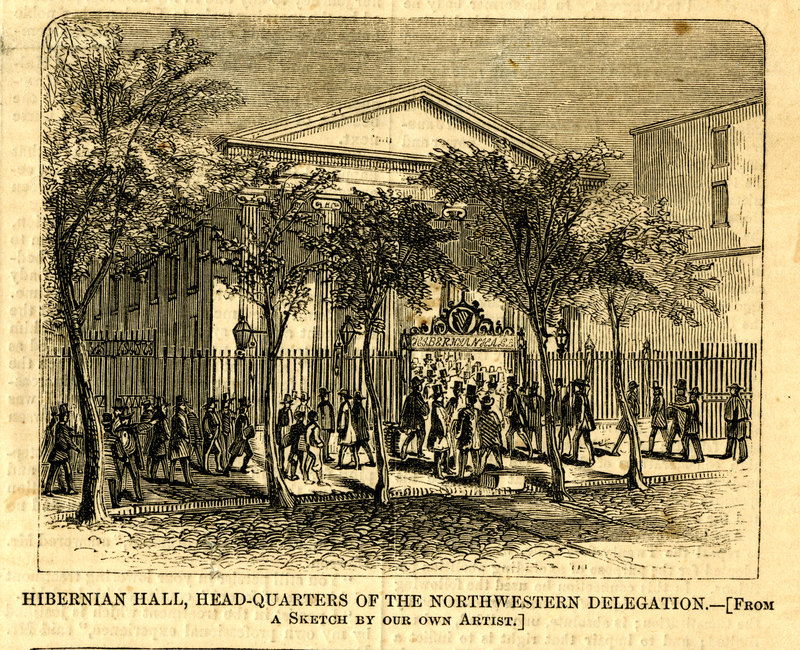 The 1855-1856 social season in Charleston proved to be critical for establishing Fuller’s business. The city’s chief event caterer, Adolph John Rutjes, a French pastry chef, had speculated in real estate and his investments went sour. Rutjes had to leave the city to escape debt proceedings. Consequently, a number of major Charleston societies, particularly the South Carolina Jockey Club and the Saint Cecilia Society, found themselves searching for a caterer. Fuller seized the opportunity to cater two of the most important elite social events of the season.

Rutjes’s departure from Charleston ultimately opened a major vacancy for catering on-site events in the city. By 1857, Fuller had positioned himself as the person best suited and equipped to manage public and private parties in the city. His new premises at 68 King Street also doubled as his depot for imported luxury foods. At the same time, Fuller provided services for municipal organizations as well as elite gatherings. On January 6, 1857, the Charleston City Council appointed him provisioner for the Marine Hospital. In the latter half of the year, he also provided meals for the House of Correction.

During the three and a half years Fuller operated out of 68 King Street, his wife, Diana, and an African American assistant named Tom R. Tully aided him. They catered over fourteen major events, two of which were so superlative that the local newspaper published the bill of fare. The most elaborate was the Jubilee of Southern Union dinner on May 1857—a feast for six hundred invited guests at the Military Hall celebrating the completion of a rail line between Memphis, Tennessee, and Charleston. The event was tremendous. As one newspaper reporter noted:

"All hands and the cook" were busy from an early hour in preparation at the Military Hall, which had been generously tendered for the reception dinner, which was contracted and built up by that well known caterer, Nat Fuller. 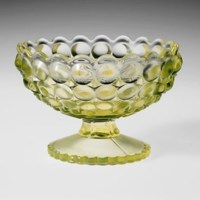 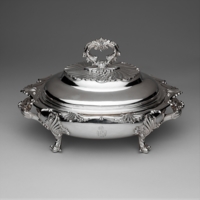 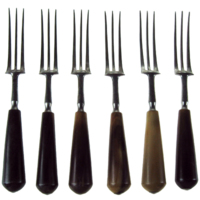 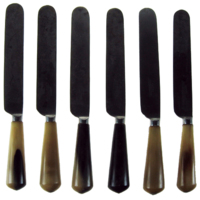 Cooking all of the entrées, roasts, vegetables, and fish on site would have required five stoves and a staff of at least seven cooks and bakers. Fuller also used Russian-style service, which meant that each waiter served small sections of a banquet table, bringing courses to the table sequentially, rather than all at once. Given this level of service, Fuller would have required sixty to eighty waiters and bus boys. Fuller successfully organized the significant labor and attention to detail required for the grand event.

While his catering business thrived, Fuller noticed that many of the smaller groups he worked with required space for meetings. The Society of the Cincinnati, with fewer than twenty members, began meeting in Fuller’s rooms at 68 King Street, making his private parlor a club space. Fuller decided to look for a larger space that could be used as a restaurant and clubhouse. Sometime in the late spring of 1860, Fuller approached Gatewood to request that he purchase the lot and building on the corner of St. Michael’s Alley, while permitting Fuller to pay the bonds and mortgage costs through a third party trustee. Gatewood agreed and purchased the building in June. Fuller spent the summer outfitting the restaurant and opened its doors for business in October of 1860. He became a restaurateur as well as a caterer.