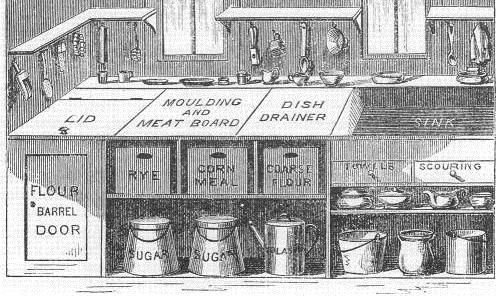 Nat Fuller ultimately left no manuscript of recipes as a record of his cooking; nor did any other professional cook or caterer in nineteenth-century Charleston, Richmond, Baltimore, Savannah, Memphis, Lexington, Mobile, or Jacksonville. Instead, the recipes printed in newspapers from this era tended to be basic instructions for home cooks. Nevertheless, there were banquet dishes and catering standards that captured the imaginations of home cooks who devised imitations. Examples of these recipes from various sources appear below. A number of sauces and entrées that became catering standards throughout the United States (shrimp sauce and oyster sauce, for example) follow the distinctive preparation style of Lowcountry cooking, which suggests the widespread influence of cooking styles from this region. The following historic and modern recipes are close approximations of the way Fuller may have made his dishes. As is typical of nineteenth century recipes, for the older examples there is no introductory list of ingredients. Instead, the author simply provides a step by step explanation of the process of preparing and cooking a dish.

Place pigs’ feet in a heavy-bottomed pot and add enough water to cover them. Add the onion, celery, green pepper, salt, pepper and garlic. Bring to a boil, reduce to a simmer, cover, and briskly simmer for two hours, or until pigs’ feet become tender. Skim off any foam that rises to the top while cooking.

Add tomato sauce, hot sauce, ketchup, Worcestershire sauce, and vinegar and briskly simmer for an additional hour, or until the meat begins to fall off the bones. Serve with additional hot sauce if you choose.

One quart of sweet milk; one quart of oyster liquor. Boil the juice of the oysters and the milk together. This must boil up twice; very little cooking is necessary. To this quantity add a tablespoonful of butter, or less, if preferred; salt and pepper to taste. About ten minutes before taking the soup up, stir in a half pint of crackers or light bread, rolled fine; then add the oysters. Much boiling hardens the oysters. Nothing improves the soup so much as celery, a few heads cut up and boiled with the milk; or flavor with a few bruised seed tied up in muslin cloth, until the flavor is imparted and then removed. When it is not convenient to use crackers or bread crumbs, stir in in two teaspoonfuls of flour into the butter before adding it; or use arrow-root instead of wheat flour.

Combine sugar, lemon juice, tea, brandy, rum, peach brandy, and lemon peels in a large bowl. Stir until sugar is dissolved and chill in refrigerator for at least 1 hour

Take 1 gallon of ripe tomatoes; wash them in three quarts of water, boil it half down and strain it through a sieve. When all drained, add two tablespoonfuls of ginger, two of mace, two of whole black pepper, two of salt, one of cloves, one of cayenne; let them simmer in the juice until reduced to one quart, pour in half of best vinegar, then pour the whole through a hair sieve, bottle in half-pint bottles, cork down, tightly seal, and keep in a cool place.

Take the whole of the turtle out of the shell; cut it in pieces, that it may be easily scalded. Throw these pieces, with the fins, into the pot, and scalded, take off the coarse skin of the fins and lay them aside for another dish. The thick skin of the stomach must also be taken off; under it lies the fat, or what is termed the citron. Thus prepared, it is ready for making the soup. Take a leg of beef, and boil it to a gravy, cut up the turtle in small pieces, throw them in the pot with the beef, and add as much water as will cover the whole about two inches. Let it boil slowly for three hours. The seasoning and citron should be put in soup until it is half done. To two quarts and a half of soup (which will fill a large tureen) add a half an ounce of mace, a dessert-spoonful of allspice, a teaspoon of cloves, and salt and pepper, black and cayenne, to your taste. Tie up a bunch of parsley, thyme and onions, and throw them into the soup while boiling; when nearly done, thicken with two table-spoonfuls of flour. To give it a good color, take about a table-spoonful of brown sugar and burn it; when sufficiently burnt, add a wine glass of water. Of this coloring, put about two table-spoonsful in the soup, and just before serving, throw in half a pint of Madeira wine.

Draw your turkey, wash it clean, season it with salt but no pepper. Make forcemeat of some cold veal finely minced a little grated ham, pepper and salt to taste; add also a little grated nutmeg and powdered mace. Fill the crop of the turkey with this forcemeat. Tie or skewer it well. Dredge flour over it, and wrap it in a napkin. Put it in a large pot with plenty of water which has been salted, let it boil for about two hours, which will cook it sufficiently unless it be a very large one. Take it out of the napkin, place it on a large dish, garnish the edges of the dish with double parsley, and serve with a rich oyster sauce in a tureen.

Cut off beards and boil them with the liquor with a bit of lemon peel and mace. In the meantime throw the oysters in cold water and drain them; strain the spice from the liquor, put in a saucepan with the oysters with two ounces of butter rolled in flour, and a gill of rich milk or cream. Let it boil; squeeze in lemon juice, and serve it hot.

Bring the mixture to a boil, then reduce heat, cover the pan and simmer for 30 to 45 minutes until mushrooms are soft. With the back of a wooden spoon push the mixture through a nylon strainer placed over a mixing bowl. Return the mixture to a clean saucepan and bring to a boil. Pour into the prepared bottles, leaving 1" headspace, seal at once and sterilize by putting bottles in large pot of water on rack and bring to boil. Simmer for 20 minutes. Remove bottles and tighten screw caps.

Mix the whole together and boil three hours; bottle without straining it. On the top of each bottle pour a tablespoonful of sweet oil, cork them closely and seal them. The sweet oil by excluding the air tends to preserve the catsup.

When your pickled walnuts are soft, mash them through the vinegar which covers them, strain it and boil it to a proper thickness. Bottle it, put a tablespoonful of sweet oil on the top of each bottle, and cork them tightly; seal the corks and it will keep for several years.