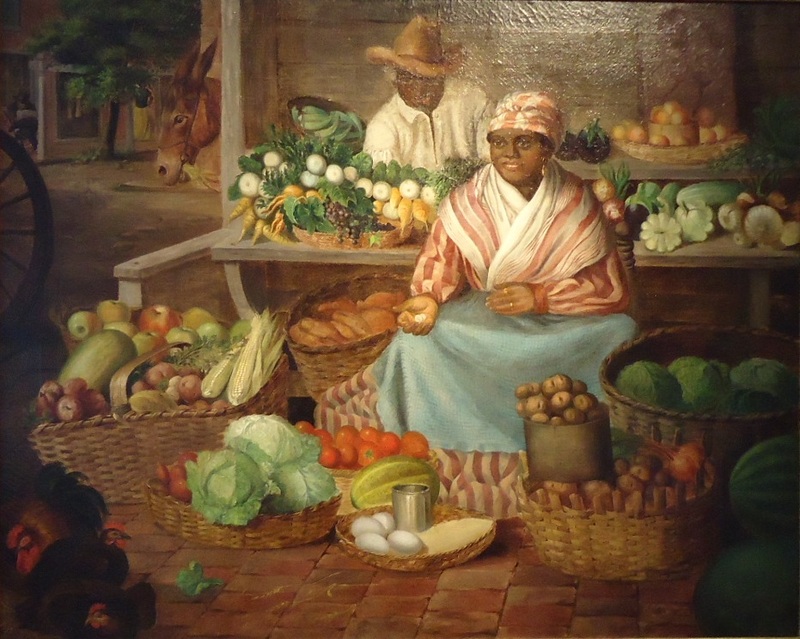 "Market Scene, Savannah," painting by Hal Morrison (1848-1928), Savannah, Georgia, courtesy of the Charleston Renaissance Gallery. Markets in Savannah, Georgia, would have resembled those in Charleston, South Carolina. Across the Lowcountry region, African Americans were significant participants in culinary networks and culture as producers, vendors, and customers.

Newspaper advertisement by Nat Fuller, Charleston Courier, June 12, 1855, courtesy of America's Historical Newspapers. In the 1850s, Nat Fuller saved money for his catering business by working as the city's chief marketer of game.

Though Nat Fuller had been fully trained as a banquet cook, and his wife Diana Fuller was a “complete” pastry cook, his first public position after becoming a self-hire enslaved person in 1852 was not as a caterer. Instead, he advertised himself as a vendor of game imported from New York. There were multiple reasons for this decision. For one, to operate as a first-class caterer, Fuller needed a substantial array of equipment, such as china, silverware, punch bowls, chafing dishes, and serving platters. Absent a loan, Fuller had to earn sufficient capital to purchase these items. A second reason to enter the game market was demand. Thomas E. Baker, the city’s foremost marketer of game, had come into financial trouble. With his owner William Gatewood’s transportation connections through the lottery business, Fuller could fill a vacuum in the city’s food supply system. 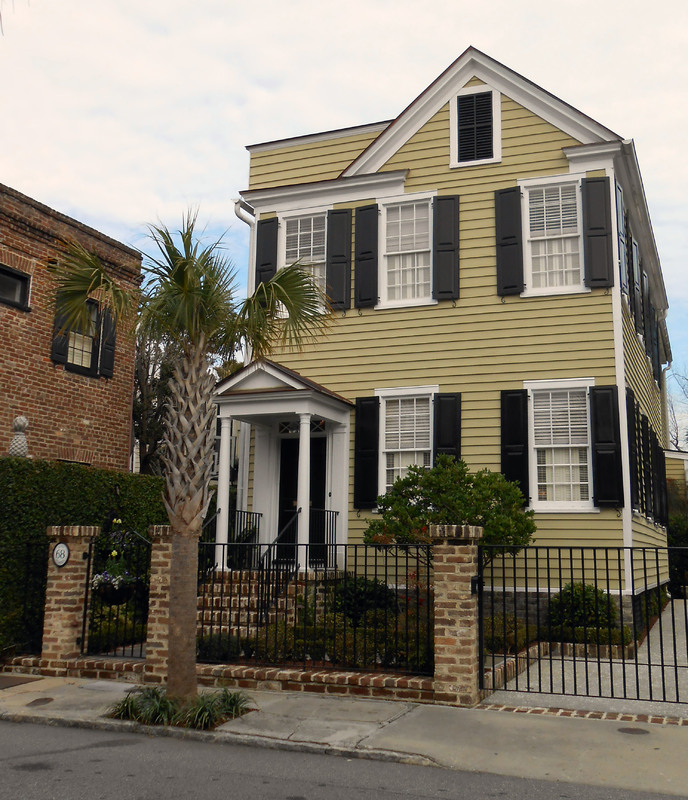 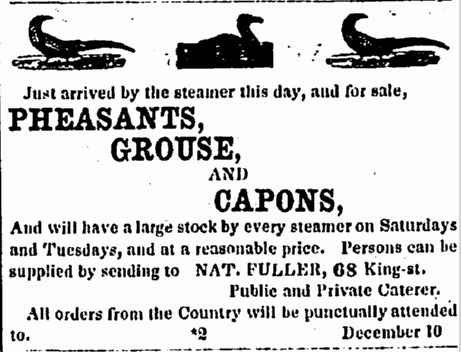 By the 1840s, Gatewood and his partners established steam packet lines in Charleston, allowing for easier transportation of northern goods, including fresh game from New York. In addition to this increased access, Fuller benefited from growing local interest in game from New York, which had been established by earlier game vendors such as Baker, William Beard, and W.C. Rising. Fuller first advertised “Fine Turkeys, Pheasants, Grouse and Capons” from New York in the Charleston Courier on January 18, 1854.

He had secured a stall in the city's Fruit Market and cold storage at a house near the intersection of New and Tradd Streets. By April, he gained control of a stall in the Meat Market, and eventually shifted his cold storage and off hours sales to 78 Tradd Street—which was Eliza Seymour Lee’s pastry shop, residence, and catering office. He would maintain this arrangement until autumn of 1855, when Lee moved her restaurant to Beaufain Street, and Fuller leased 68 King Street with the intention of opening a catering business as well as a shop for selling New York game.

Fuller sold the bulk of his game importations fresh, and in 1855 he began using a portion of his stock at a few catered events. With money from the game market, Fuller soon found that he could enter into the catering trade seriously. His new King Street residence served as a cold storage facility, business office, and prep kitchen for cold dishes. By this time he already had access to the best proteins available in the city; he had been receiving instruction from one of the best cooks in Charleston; and he had the backing of Gatewood and a potential clientele from the many elite guests who had dined at his owner’s table. In January 1857, Fuller was ready to return to his culinary career full time. In a Charleston Courier announcement, he reported the he had “imported from Europe a supply of china-ware (sufficient for the largest balls) and table ornaments, such as candelabras, (plated and gilded,) fancy skewers, punch bowls, &c. &c., which can be taken to any part of the country on demand.” Nat Fuller was poised to plunge into the world of Charleston event catering on the grandest scale.