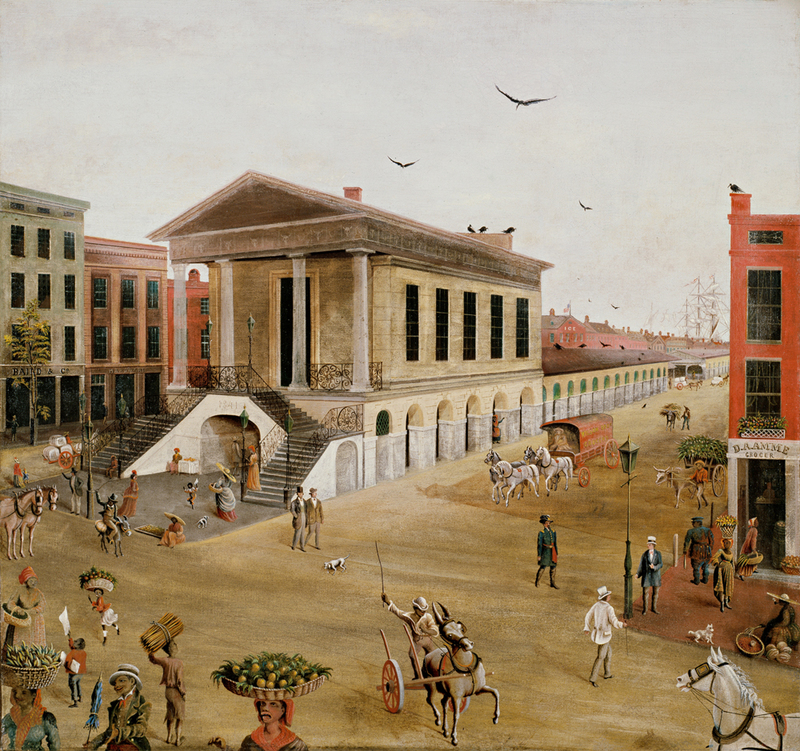 In the spring of 1865, Nat Fuller, a newly free African American cook, hosted a feast at his restaurant, the Bachelor's Retreat, in downtown Charleston, South Carolina, to mark the end of the American Civil War and the demise of slavery in the United States. Fuller had been enslaved before the war, but starting in the 1850s, he managed to negotiate an arrangement with his owner, William C. Gatewood, to live separately and conduct business independently throughout the city in exchange for a share of his profits. Over time, Fuller worked as the chief marketer of game, a caterer for elite society banquets, and finally as a premier restaurateur. The names of the individual guests at Fuller’s 1865 feast remain a mystery, but accounts suggest the group was strikingly mixed. As Abby Louisa Porcher, a white Charlestonian, documented in a letter at the time, "Nat Fuller, a Negro caterer, provided munificently for a miscegenation dinner, at which blacks and whites sat on an equality and gave toasts and sang songs for Lincoln and freedom" [italics added]. 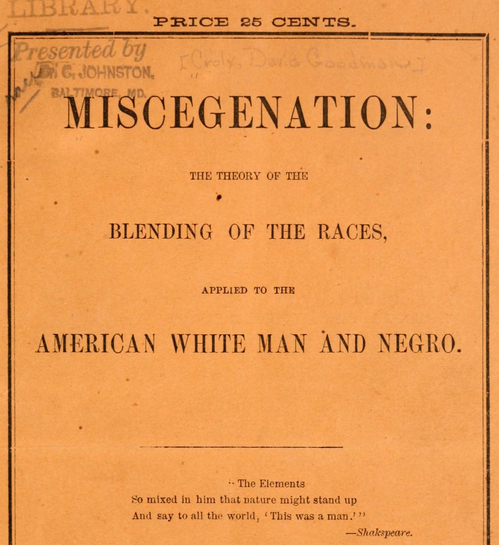 Inside cover of Miscegenation; the theory of the blending of the races, applied to the American white man and Negro, by David G. Croly, 1864, courtesy of the Johns Hopkins University Sheridan Libraries. In this satirical political pamphlet, Croly coined the term “miscegenation” to criticize Republican Party policies. Croly believed that Emancipation would lead to "miscegenation," or "mixing" of the races, which he saw as a danger to society. One year later, Charlestonian Abby Louisa Porcher used this derogatory term in a letter to describe Nat Fuller’s 1865 feast as a "miscegenation dinner." 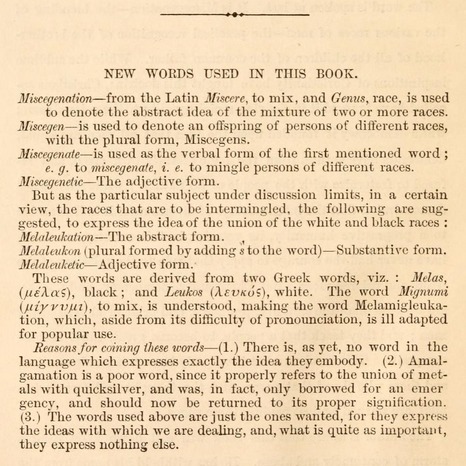 Excerpt from Miscegenation; the theory of the blending of the races, applied to the American white man and Negro, by David G. Croly, 1864, courtesy of the Johns Hopkins University Sheridan Libraries. In this selection, Croly uses the word “miscegenation” to describe what he foresees as a dangerous “mixing” of races brought on by the end of slavery.

Feasts stand out in the midst of famine. In the months before the end of the Civil War, meat was scarce and occupying Union officials distributed rice to Charleston’s inhabitants in scant rations. As host, Fuller held a unique position of power. To access provisions for his feast, he drew from his established connections throughout the city, across Union and Confederate lines, and across white and black race and class divisions. Fuller personally knew many of the surviving white Confederates of Charleston, having catered to them at exclusive banquets or while working in restaurants for elite and working class white men from the 1830s to the 1860s. When he ran Charleston’s game market in the 1850s, Fuller also worked with New York shippers and marketers, Philadelphia brokers, and railroad clerks from various northern cities, which provided the connections he needed to secure food during the Union occupation of Charleston. By the time of his 1865 feast, Fuller was well acquainted with Union officers in Charleston—four days after the surrender of the city on February 18, he hosted Union Generals Webster and Gillmore for a celebration of George Washington’s birthday at his residence on Washington Street.

Who attended Fuller’s Feast and what was their purpose? Given the size of the Bachelor’s Retreat, the event most likely included fewer than one hundred guests. They may have come from any of Fuller’s wide-reaching connections, though most probably belonged to the elite ranks of his typical clientele as an exclusive caterer and restaurateur. The high-ranking Union officers would have been ready to celebrate victory, and perhaps offer early forms of reconciliation to any Confederates that attended. The African Americans present may have come from Charleston’s elite class of free people of color—though blacks throughout the city certainly celebrated Emancipation. In March 1865, ten thousand African Americans crowded around the Citadel Green to see off a procession of the all-black 54th and 55th Massachusetts Regiments, which the New York Daily Tribune described as a "jubilee of freedom." Union victory at the end of the Civil War meant permanent emancipation for all black Americans in the United States. Despite the unique positions he acquired, Fuller was enslaved until the Union troops occupied the city in February 1865. It is no surprise that toasts to “Lincoln and freedom” were reportedly prominent at his feast. 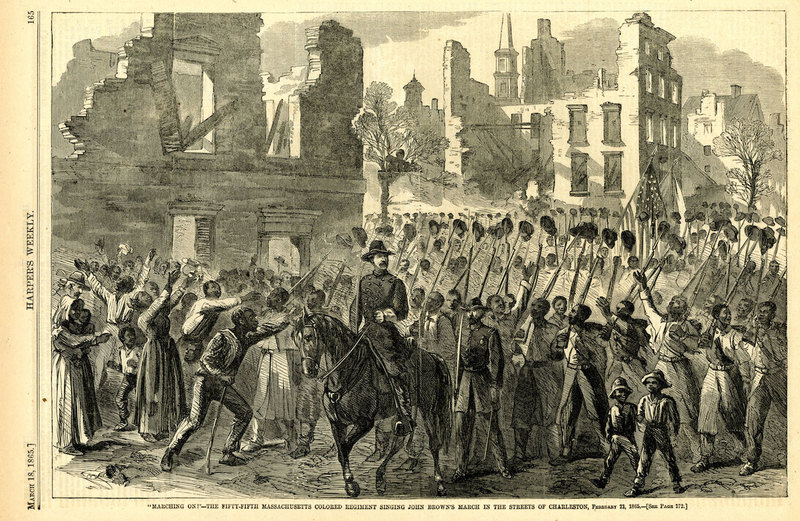 For all in attendance at Fuller’s Feast, including possible Confederate guests, the event marked the end of a devastating war, and a new beginning in the nation’s history. For Charleston in particular, a sumptuous feast served as a symbol of power for the prominent African American caterer, in a city that boasted an image of gentility and luxury, however frail this image had become during and after the trials of war. In the decades that followed, ongoing race and class struggles would continue to generate turmoil in Charleston and throughout the U.S. South. National reconciliation between white southerners and northerners became inextricably intertwined with the development of Jim Crow segregation and the disenfranchisement of African Americans by the late nineteenth century. In the spring of 1865, however, the war was over and the future of racial boundaries was uncertain—that was reason enough to celebrate.

Who was Nat Fuller and how did this enslaved man develop such a prominent culinary career in antebellum Charleston? This online exhibition details Nat Fuller’s influential life, and considers the significance his “miscegenation dinner” held at the end of the Civil War. Following Fuller’s career provides insights into the social networks and labor systems, as well as the markets and menu items, of Charleston’s elite culinary culture in the 1800s. This project also highlights the 150th commemoration event for Nat Fuller’s Feast, which was held at McCrady’s Restaurant in downtown Charleston on April 19, 2015. A team of chefs, historians, writers, and food producers has worked meticulously to organize this feast to celebrate Fuller’s work, and to recognize the complex memory of the American Civil War in the twenty-first century.