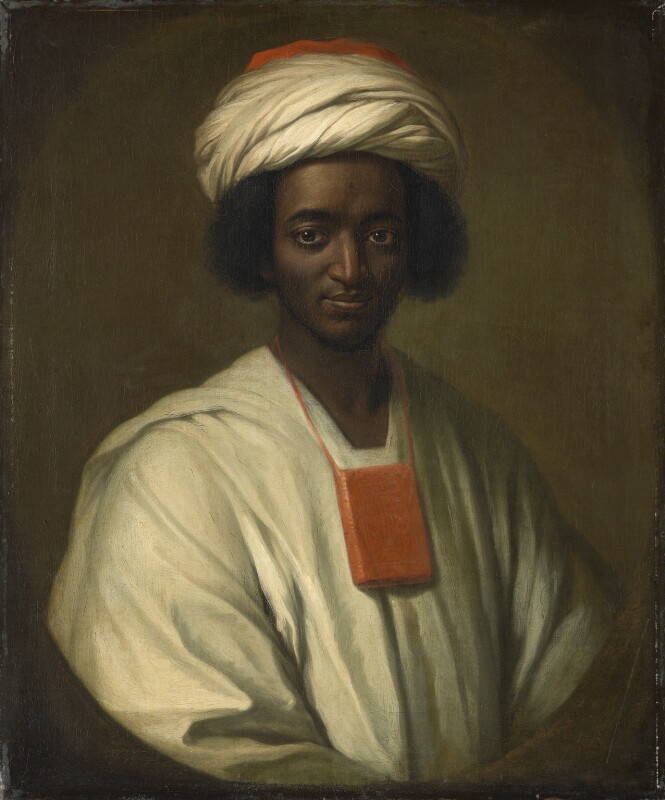 Suleiman Diallo was captured in his homeland in 1731 while trying to sell goods and two of his father’s enslaved people. He was sold into the trans-Atlantic slave trade and shipped to Annapolis, Maryland, an established port of entry in the trans-Atlantic slave trade. During his enslavement in Maryland, Suleiman Diallo worked to maintain his Islamic practices, including prayer. He went into the woods to pray in private but was found by white children who mocked his practices and pelted him with rocks as he prayed. Bearing treatment and labor that would not have been part of Suleiman Diallo’s life in Bondu, he persisted in his Islamic practices and, a year into enslavement, decide to run away and secure his freedom. His capture and jailing led to a meeting with an English minister, which eventually led to his freedom. 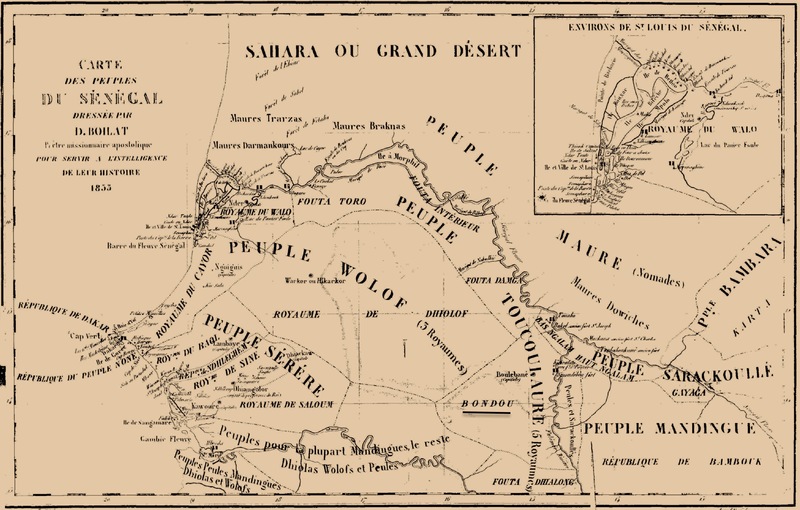 Map of West African kingdoms and regions, including Bondu, from David Boilat's Esquiesses Sénégalaises (Senegalese Sketches), 1852, courtesy of Gallica Digital Library. Bondu, highlighted in this map, was a region controlled by the Mandinka people until it was taken over by Muslim Fulas in a mid-seventeenth century jihad. Suleiman Diallo's father was part of the ruling elite Fulas who established the region as Muslim.

Suleimon Diallo’s elite Muslim background allowed him to employ his social capital to secure is freedom. The English minister and lawyer, Thomas Bluett, met Suleimon Diallo during his imprisonment, and Bluett took an interest in the devoted Muslim’s faith. Bluett secured a translator, an enslaved person who spoke Wolof, the language of Suleimon Diallo’s region, and the Wolof translator relayed Suleiman Diallo’s story to Bluett in English. With Bluett then aware of the Muslim's story, he agreed to assist in obtaining Suleimon Diallo’s freedom. 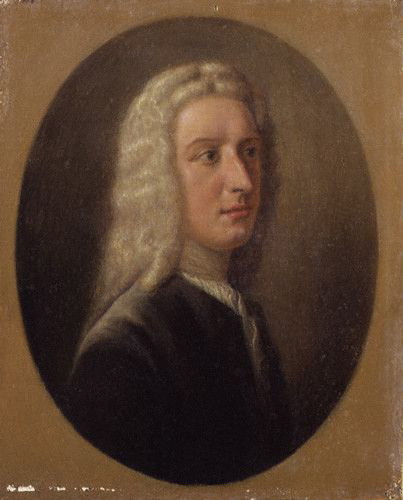 (Above) Portrait of James Oglethorpe, by Alfred Edmund Dyer, circa 1735. (Below) The coat of arms of the Royal African Company, late 17th century, courtesy of Museum of London. Oglethorpe used his association with the Royal African Company, the British slave trading company, to assist in Suleimon Diallo's letter getting back to his father in Bondu. 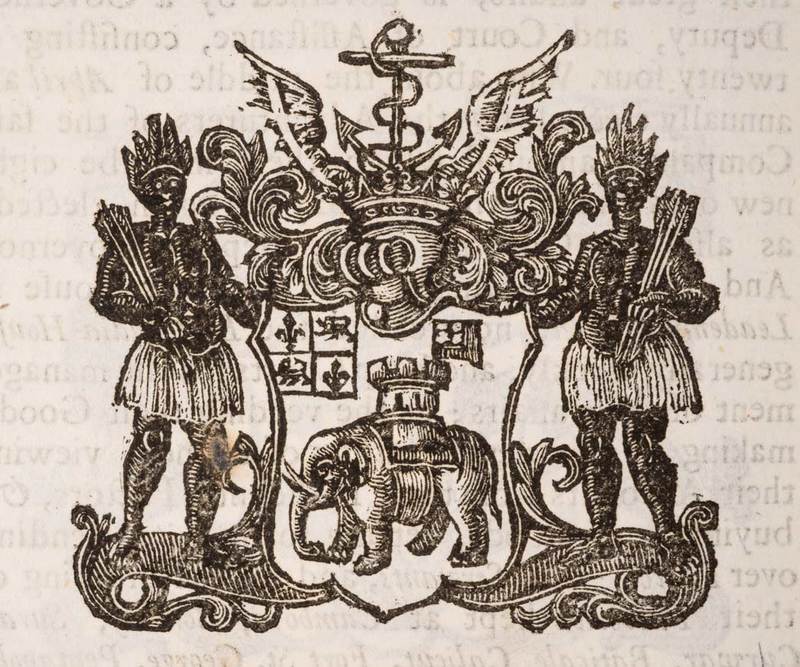 Bluett attempted to get a letter from colonial Maryland to Bondu, a letter Suleiman Diallo wrote in Arabic to his father asking for assistance to return home. After changing hands among British officials several times and still failing to move across the Atlantic, the letter finally found itself in the hand of James Oglethorpe, the British aristocrat who founded the Georgia colony in 1732. Oglethorpe also held a position with the Royal African Company, which oversaw the British slave trade. Familiar with West Africa through his work in the Royal African Company, Oglethorpe used his connections to get Suleimon Diallo’s letter to his father back to Bondu; and with similar interest to Bluett's in this educated Muslim's story, Oglethorpe paid for Suleiman Diallo's passage to London and arranged for him to work for the Royal African Company.

During and after his passage to London, Suleimon Diallo’s intensive education in and commitment to Islam were overwhelmingly evident to those around him. The ship’s crew noted that Suleimon Diallo continued to refuse wine and would not eat the meat provided to him unless it was slaughtered according to Muslim law. He was also noted for maintaining his five daily prayers aboard the ship. His religious proscriptions and education remained with him once in London as well. As Bluett noted in his 1734 detailed account of the elite Muslim’s life, Suleimon Diallo wrote three copies of the Qur’an “without the assistance of any other copy, and without so much as looking to one of those three when he wrote the others.” Given the freedom Suleimon Diallo experienced during his unusual enslavement, he had the ability to maintain his Islamic beliefs and even found people who supported his religious cultural needs. He was not stopped from praying aboard the ship or in London; he was provided paper and ink to pen the Qur’an; and when the crew of the ship understood that in order to eat the meat, a Muslim had to slaughter the animal, they allow him to perform the task so that he could eat according to his religious requirements.

From Some Memoirs of the Life of Job, Thomas Bluett, 1734, courtesy of Documenting the South.

In London, British colonists working for the Royal African Company hoped that Suleimon Diallo’s connections to West Africa would assist them in building stronger relationships for trade in the Senegambia region, particularly the trade of ivory, gum, and gold. However, Suleimon Diallo was highly trained as part of the religious elite, not in trade, and so he proved unsuccessful at fulfilling the Royal Africa Company’s economic endeavors. 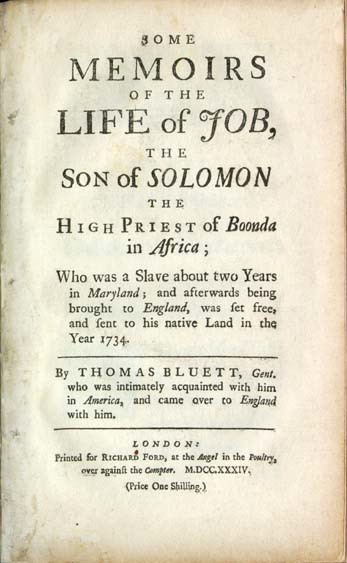 Several years later, he did eventually make his way back to Bondu where he was welcomed, but only to find that his father had died and his first wife had remarried. After this news, Diallo wrote to his British contacts to inquire about visiting London, but his request was denied. It is unclear why his British contacts did not grant his request, but not long after his request the Royal Africa Company collapsed. His correspondence with some of his British contacts continued until Suleimon Diallo’s death in 1773, which was recorded in the minutes of a prominent academic association, the Spaulding Gentlemen’s Society.

Indeed, as Bluett said of Ayyuba Suleimon Diallo, “he was no common slave,” and a step further, neither was he a common West African or a common Muslim. His elite status became a major factor in allowing him to leave enslavement, a privilege most West Africans, Muslims or not, did not possess and so could not make use of. His experiences are revealing, though, as they unmistakably indicate that some Europeans in colonial America found Muslims’ education and religious devotion both intriguing and respectable. Upon encountering Suleimon Diallo, a Muslim with noble lineage and exceptional educational training, the British colonists both assisted in freeing him and accommodated his Islamic practices.